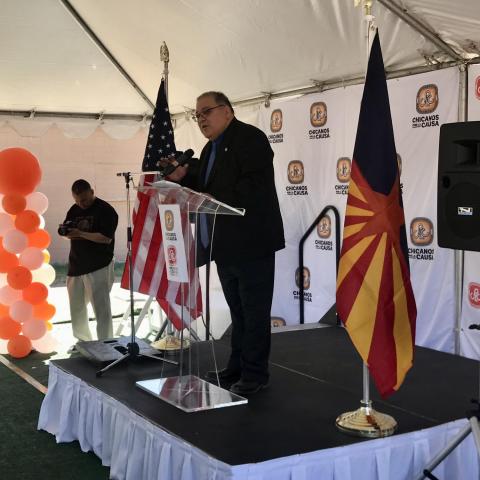 There are just over 200 days until the November elections.

Chicanos Por La Causa held a news conference Thursday to launch a multimillion-dollar campaign to get more Arizona Latinos to vote than in the last midterms.

A goal of the $10 million campaign is to grow the percentage of ballots cast in Arizona by Latinos by at least two points from 2018.

Organizers plan to sign up new voters, and they aim to build connections with already-registered Latinos who don’t always cast a ballot.

But the group’s get-out-the-Latino-vote campaign is a nonpartisan effort with partners such as Mi Familia Vota and Promise Arizona.

The campaign to get out the Latino vote was launched under a tent next to a historic building southeast of downtown Phoenix.

Santa Rita Hall had many community uses over the years. But the actions of labor icon Cesar Chavez and United Farm Workers cofounder Dolores Huerta made it famous.

“So the board has committed to set aside additional dollars so we can rehab this building and make it the national treasure that it truly is,” said David Adame, CPLC president and CEO.

Santa Rita Hall is near Sky Harbor. A CPLC board member said the property is considered part of a cultural corridor connecting neighborhoods between the airport and downtown. 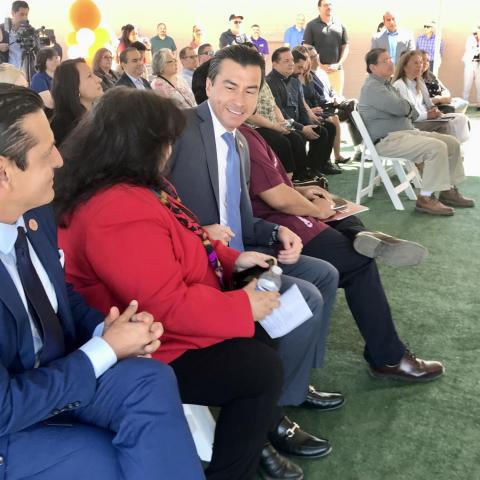