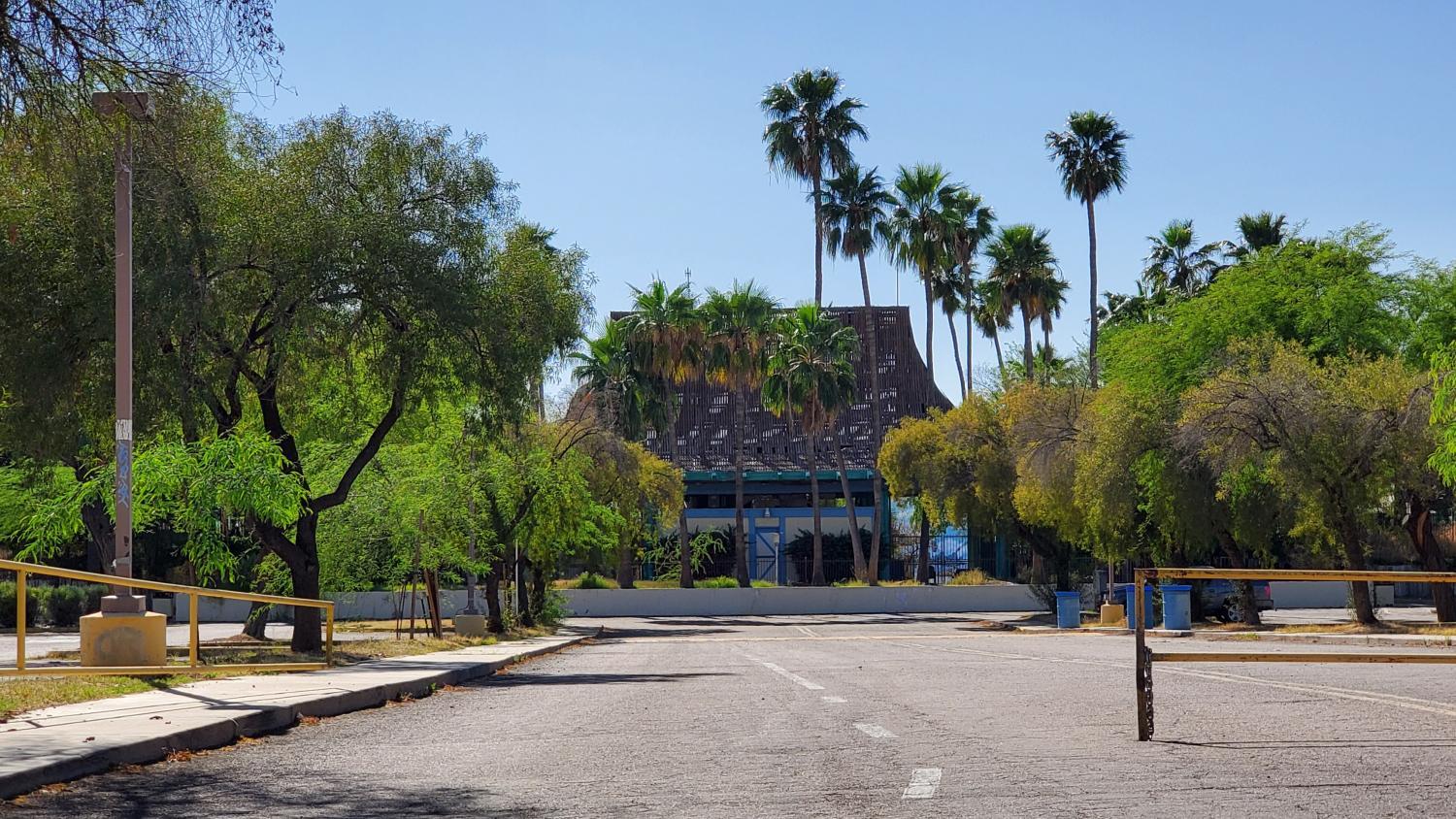 Jean Clare Sarmiento/KJZZ
Big Surf Waterpark on McClintock Road just north of the Red Mountain Loop 202 opened in 1969, and its wave pool was one of the first of its kind.

The former site of Big Surf Waterpark, one of America's oldest water parks and a Tempe icon, was sold this week, according to a press release from Velocity Retail Group.

The water park decided not to open in spring 2020 when the pandemic began, and it never reopened.

In February, many items from Big Surf hit the auction block. Everything from boogie boards to canvas shades was sold off.

The park on McClintock Road just north of the Red Mountain Loop 202 opened in 1969, and its wave pool was one of the first of its kind. According to Big Surf's website, the idea for the wave pool was conceived by Phil Dexter, who built a model for the wave machine in his backyard in 1964.

In 2013, Big Surf’s Waikiki Beach Wave Pool was designated a historic landmark by the American Society of Mechanical Engineers. Although it was only a recognition of the pool's engineering technology and not a designation that would require preservation.

Grady Gammage, who grew up in Tempe, told KJZZ News in 2013 in the early days of the park that real wooden surfboards were sometimes allowed in the wave pool. Big Surf was also the site of concerts over the years.

No plans have yet been revealed for the site, but the press release said “new owner will bring a quality development and be something that residents and the city will be proud of for years to come.”