How Arizonans are planning to keep their businesses locally owned 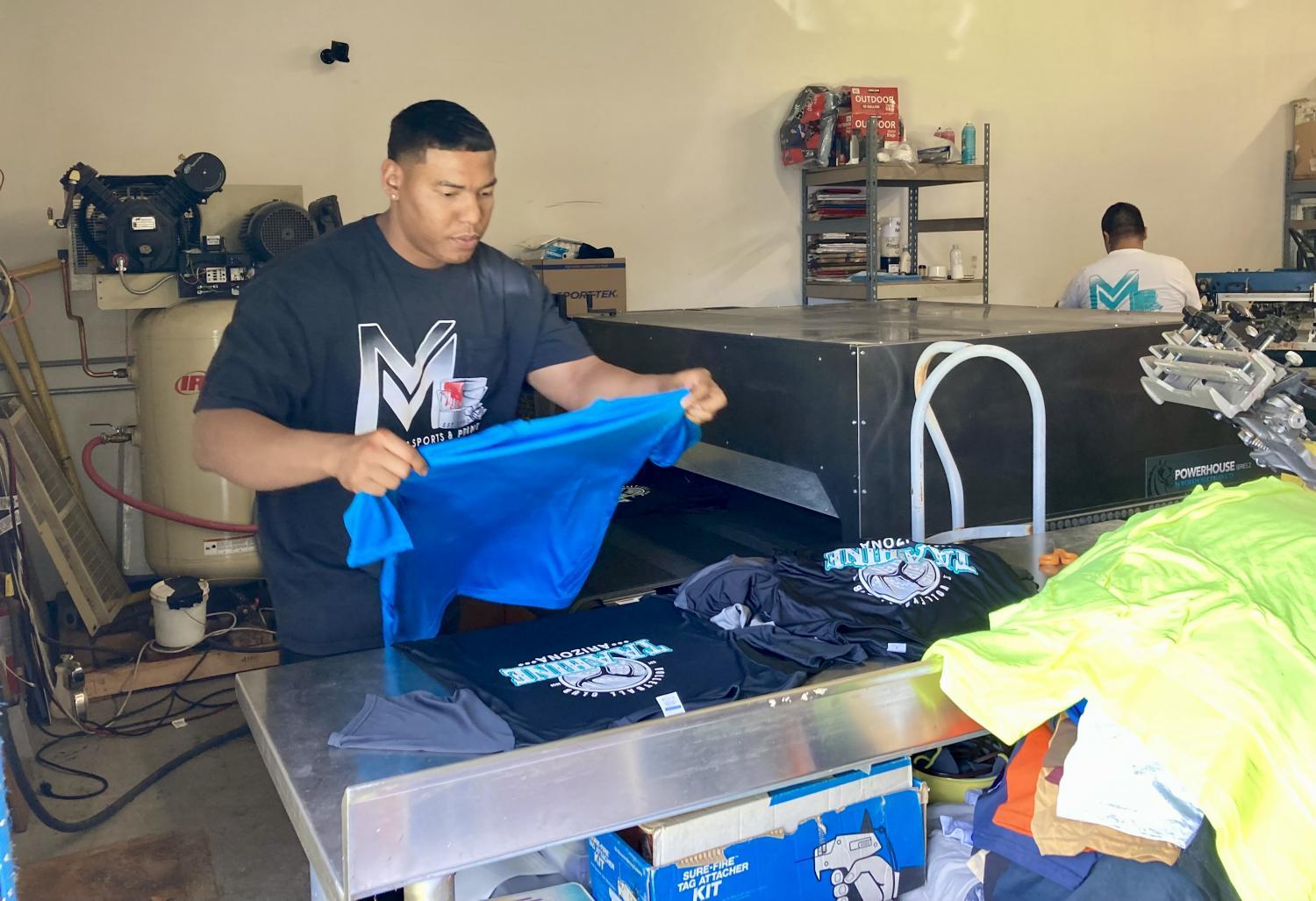 Christina Estes/KJZZ
Michael Malone is owner and CEO of Malone's Sports and Prints in Tempe.

It’s estimated baby boomers own about half of Arizona’s privately held companies with at least five employees. It’s one reason work is underway to ensure companies stay locally owned for the next generation.

When Michael Malone says he grew up in the family’s business, he means it.

“Working here before school, after school, even having chemicals, you know, stains on your clothes, or you’re smelling like chemicals going to school,” he said.

As a child, Malone traveled with his parents from Tempe to Tampa, Miami and other cities hosting major sporting events to sell licensed merchandise.  But first they needed to rent space, and Malone’s dad, Benny Malone, put him to work.

“He used to give me a number that we used to have to stay under and I used to just have to negotiate,” Malone said. “Now, it used to be really weird for a 13-year-old but as I started talking and showing them paperwork and, you know, if I needed assistance, my dad would be there but I used to be the one doing it.”

About eight years ago, he became owner and CEO of Tempe-based Malone’s Sports and Print. It’s a major milestone when you consider a survey by SCORE, a national nonprofit that provides mentoring and workshops, found only 30% of family-owned businesses survive the transition from first to second generation ownership. And only 12% survive the transition from second to third generation.

“You know, unfortunately, I’ve seen it in several families and several other businesses where the paperwork and the wills and the trusts and everything is not, you know, put together and now the business is either being sold or being torn apart by the family,” Malone said.

About one in five small businesses in the U.S. is family-owned. SCORE’s survey found half the owners that expect to retire in the next five years have no succession plan.

“You know, they call it the silver tsunami, this wave of retiring baby boomers,” said Kimber Lanning, founder and CEO of Local First Arizona

As the Rural Development Council for Arizona, Local First Arizona has been federally designated and tasked with connecting rural businesses to resources. 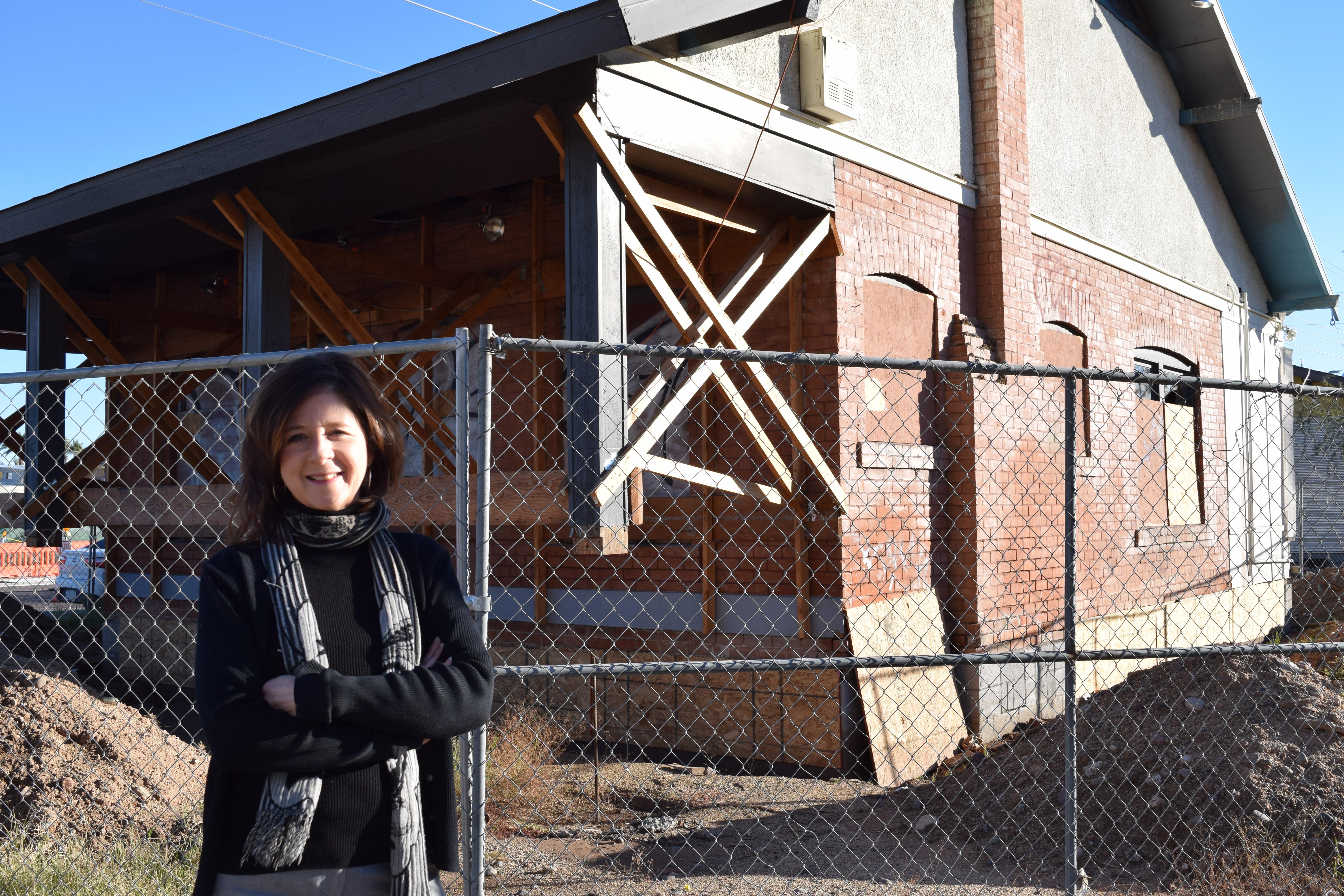 Lanning recalled a recent workshop in a small town that attracted five people, “And those five people owned the auto parts store, the grocery store, the waste management company, the one company that does construction and all of those owners were over 65. So that gives you a sense of how critical this is going to be across the state of Arizona.”

Local First Arizona is working with a national nonprofit called Project Equity — its goal is to increase employee ownership. That could be indirectly through employee stock ownership plans or directly through worker cooperatives, where employees fully own the business and share profits.

“I think there’s a perception that ‘Oh, I have to be this incredibly generous person, I’m going to give my business to my employees’ and that’s certainly not the case,” she said. “This would be a sale of your business to a group of owners.”

In Arizona, Project Equity found about 30,00 held companies with more than four employees are at least 20 years old.

That includes The Poisoned Pen Bookstore in Scottsdale where owner Barbara Peters has hosted thousands of events since 1989. She plans to leave her business to longtime employees.

"They should feel free to do whatever they want with it."
— Barbara Peters, Poisoned Pen owner

“They each own now 10% of it, and when I’m gone they will each own 50% of it, and so it will just transition on,” Peters said. “I can’t control what happens to it when I’m gone, so either they’ll run it, or sell it, or do something with it .... I don’t want the guys to have to deal with me once it becomes theirs, they should feel free to do whatever they want with it.”

“She does so much. It would take four staff members to do what she does, and they wouldn’t do it as well,” said Patrick Millikin, an employee who is expected to become a co-owner in the future.

He’s worked with Peters for 25 years.

“She has the vision of the business. She has an encyclopedic knowledge of how the publishing industry works,” Millikin said. “She has 30-odd years worth of relationships with authors, hundreds of authors, all over the world, I mean that kind of thing you can’t replicate.

At the age of 81, Peters remains the face of The Pen. And while she has no plans to retire, she is realistic.

“You know one of things that can happen to you as you age is some form of dementia or other and you wouldn’t necessarily — I might not necessarily know that I’m no longer a productive member of the team, so I did say, that a condition of becoming one of the two owners was he’s going to have to step up and tell me should I reach the point where I need to go,” she said. 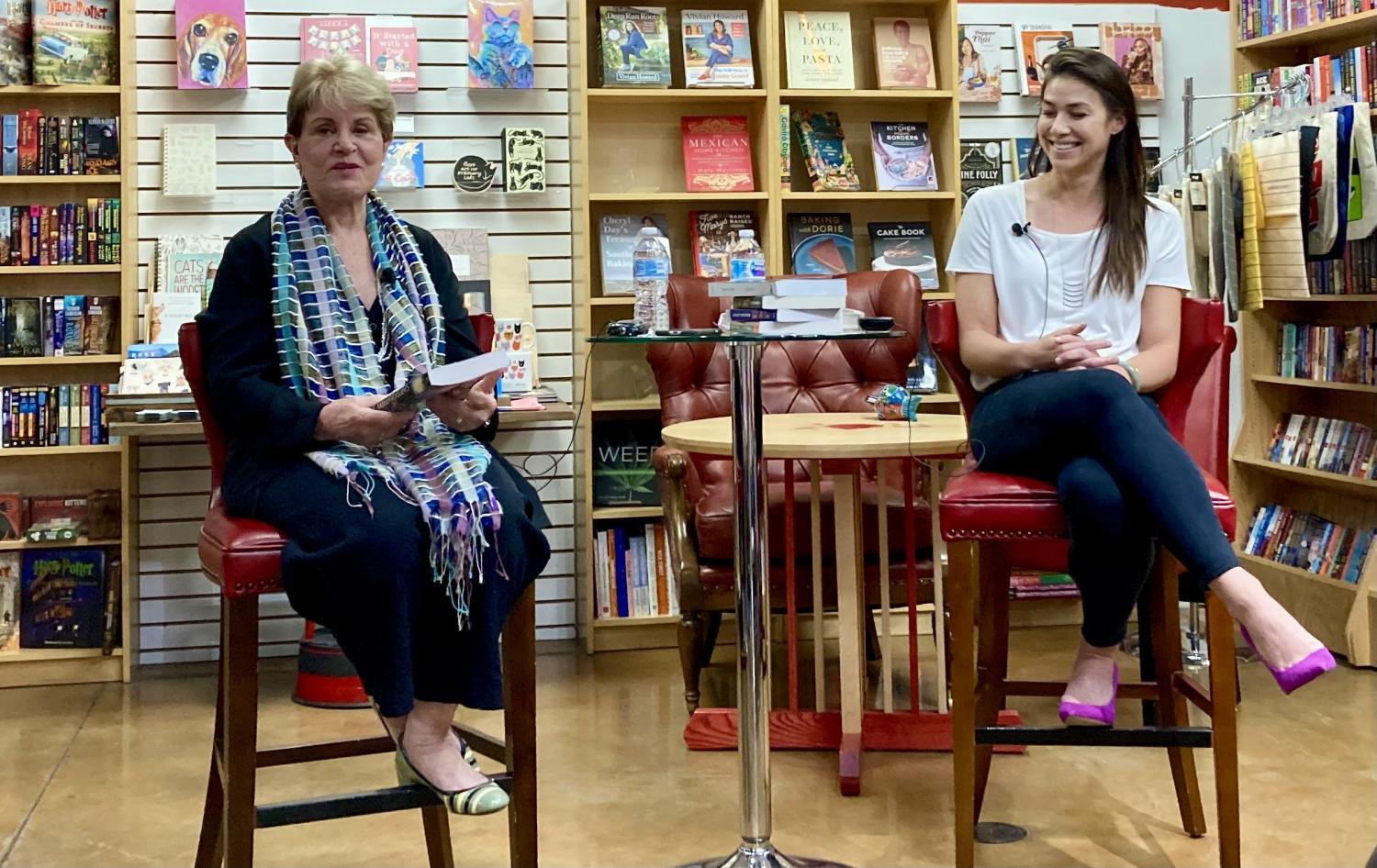 Thinking and talking about death and retirement isn’t easy.

“It’s so difficult for me to conceive of the Poisoned Pen bookstore without her involvement,” Millikin said. “I mean, it’s just difficult to think about that.”

But Michael Malone says thinking about it is necessary — even for a 33-year old business owner.

“That’s my goal for it to stay in the family, for sure,” he said. “But when I’m gone, I can’t truly say. I have it in the will and the trust to set it up like that, but I also have four sisters and another brother, so I can’t say that they feel the same way.”

While there’s no guarantee Malone’s Sports and Prints will become a third generation family-owned business, documenting a plan can increase the odds.