Russian-American journalist: Putin believes he is fighting a war with the U.S. 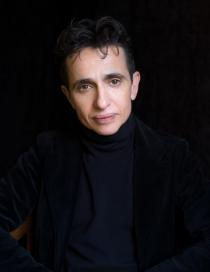 The destruction and loss of life continue in Ukraine, as it has every day since the Russian invasion Feb. 24.

Actions by western nations including the U.S. and the European Union — and the leadership of NATO — have generated some optimism about how democracies are still willing to act in the face of totalitarianism. That optimism had been in extremely short supply until quite recently.

But the aggressive nature of Vladimir Putin and his history as a KGB, or secret police, agent in the USSR and his four terms as Russian president have many observers concerned about just how far he will go to conquer Ukraine and, possibly, some of its neighbors.

Masha Gessen was born in Russia and has become a renowned journalist who has covered Putin extensively. They will be appearing to present the John P. Frank Memorial Lecture at Arizona State University on April 11 at 6:30 p.m. The presentation is called, "The State of Democracy and The Pursuit of Justice."

The Show spoke with Gessen and began the conversation by asking whether Putin’s actions should have surprised the rest of the world.

EDITOR'S NOTE: This headline has been modified to more accurately reflect the topics discussed in the interview.