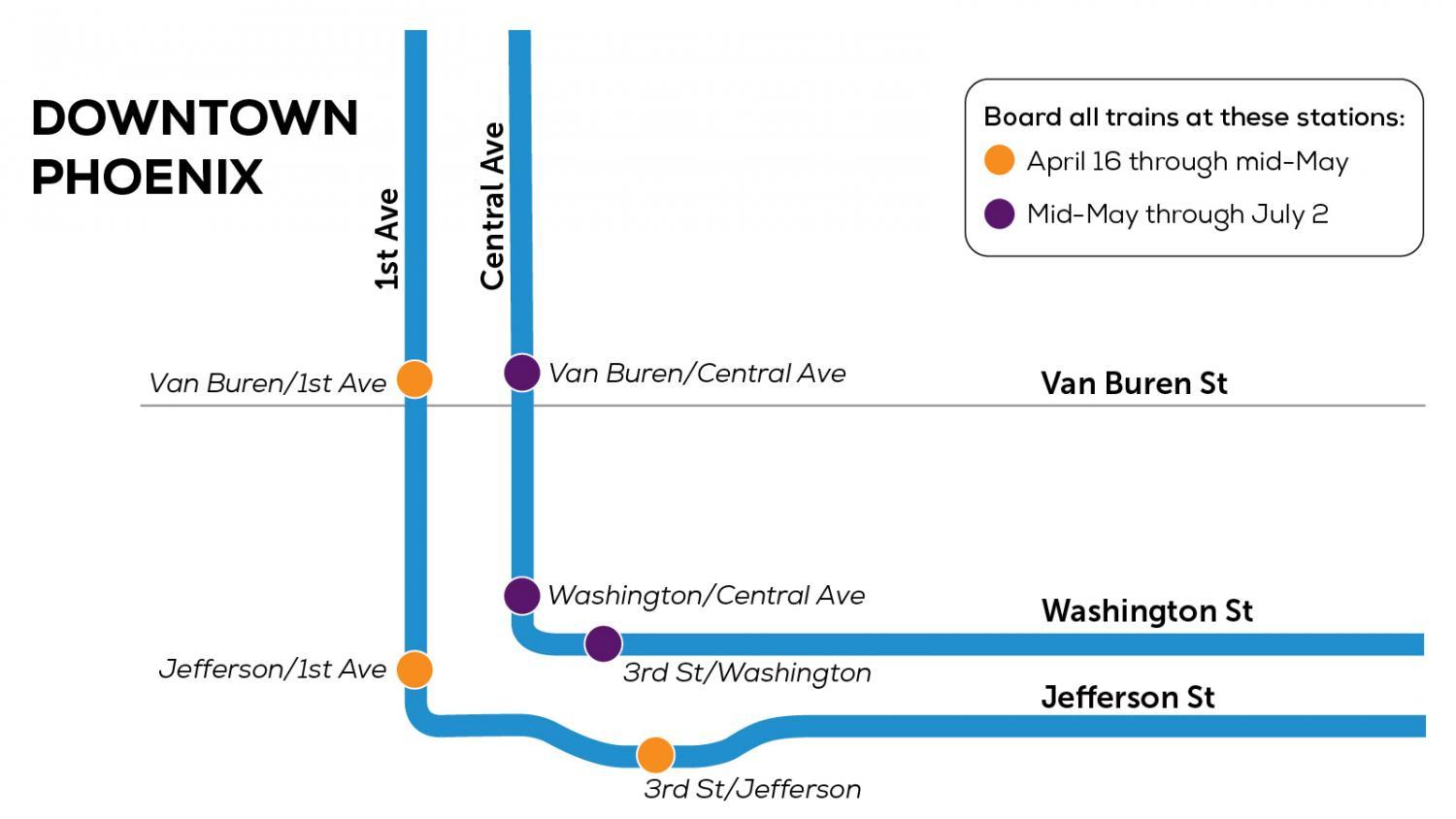 Valley Metro
This map shows all the downtown stations that will be serviced during construction.

Valley Metro announced that the light rail will be seeing adjustments in its service as construction in downtown Phoenix begins April 16.

Valley Metro writes that all light rail trains are expected to arrive at station platforms every 20 minutes from April 16 until July 2. Some Downtown stations will be closed.

Work on the South Central Extension/Downtown Hub project will reduce Washington Street down to one lane from Second Street to First Avenue.