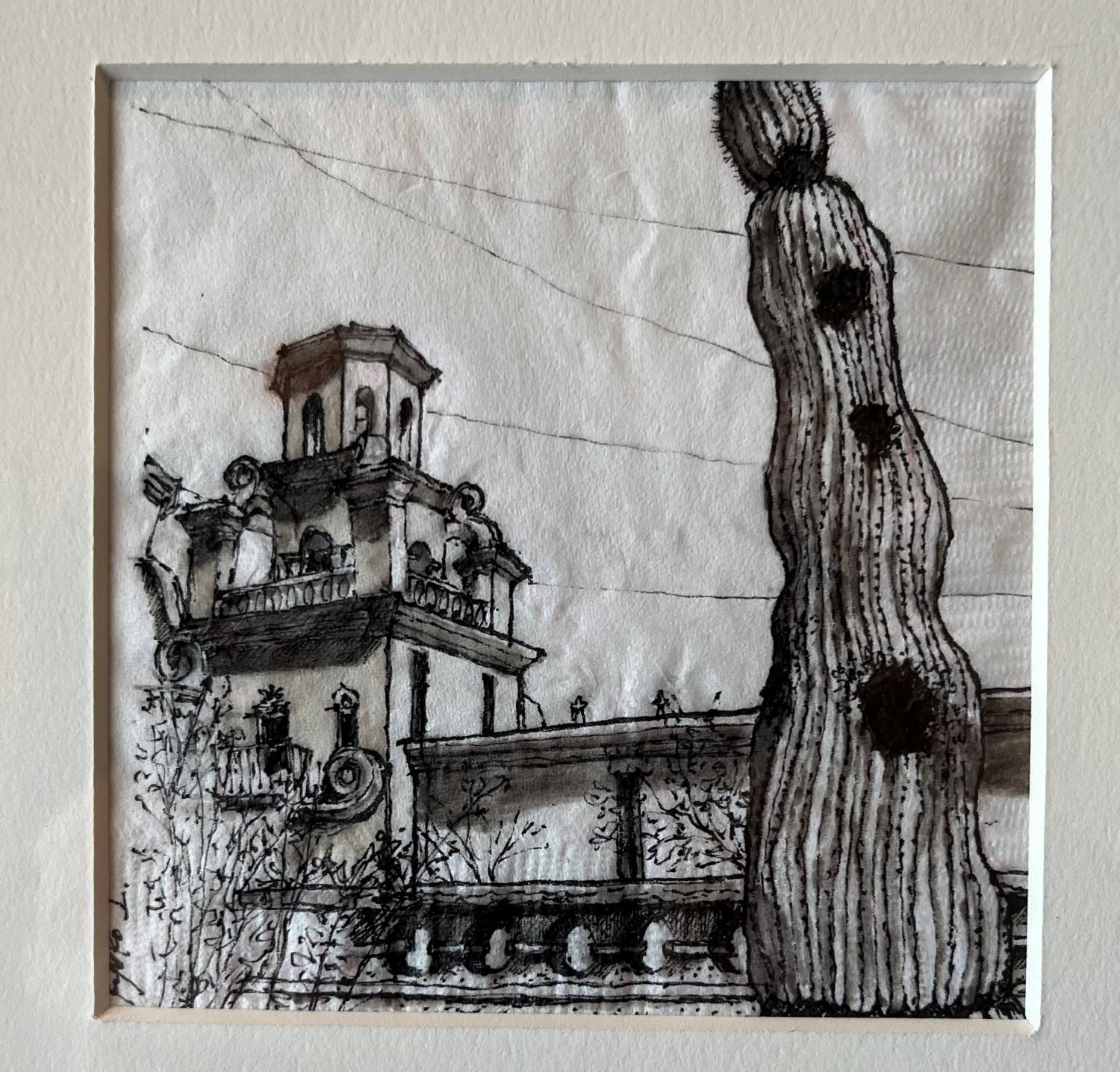 Tom Maxedon/KJZZ
One of the many sketches on napkins by Kyoko Iwasaka featured at Burton Barr Central Library in Phoenix. Iwasaka is a Valley-based architect and watercolorist. She will host a reception at the library May 6, 2022, from 6-8 p.m.

A new exhibit on display at Burton Barr Central Library in Phoenix showcases amazing drawings on a very uncommon medium.

Valley resident Kyoko Iwasaka is originally from Kyoto, Japan, but has lived in multiple places around the world, including Italy and Thailand.

Her travels inspired her to create ink drawings on 5x5 paper napkins. She hopes they inspire people to explore art without fear of judgment.

“I know it’s kind of strange and unusual, but I was hoping people will see the sketch on the napkin which is not expensive and encourage people to draw instead of having all the art supplies and expensive stuff,” she said.

Iwasaka, who draws for a living as an architect, used ordinary pens to create the sketches. She will be hosting a reception at the library May 6 from 6-8 p.m.

She's also a watercolorist and created some of the sketches for “Napkin Sketches — Grab the Napkin, Draw It Now!” from photos she took, but some of them were also drawn while she was in the field. Some of the sketches took her as few as ten minutes to create and others only a couple of hours.

On a related note, in 2020, the Association of Licensed Architects launched a napkin sketch contest. Details for the 2022 theme will be announced in the fall.