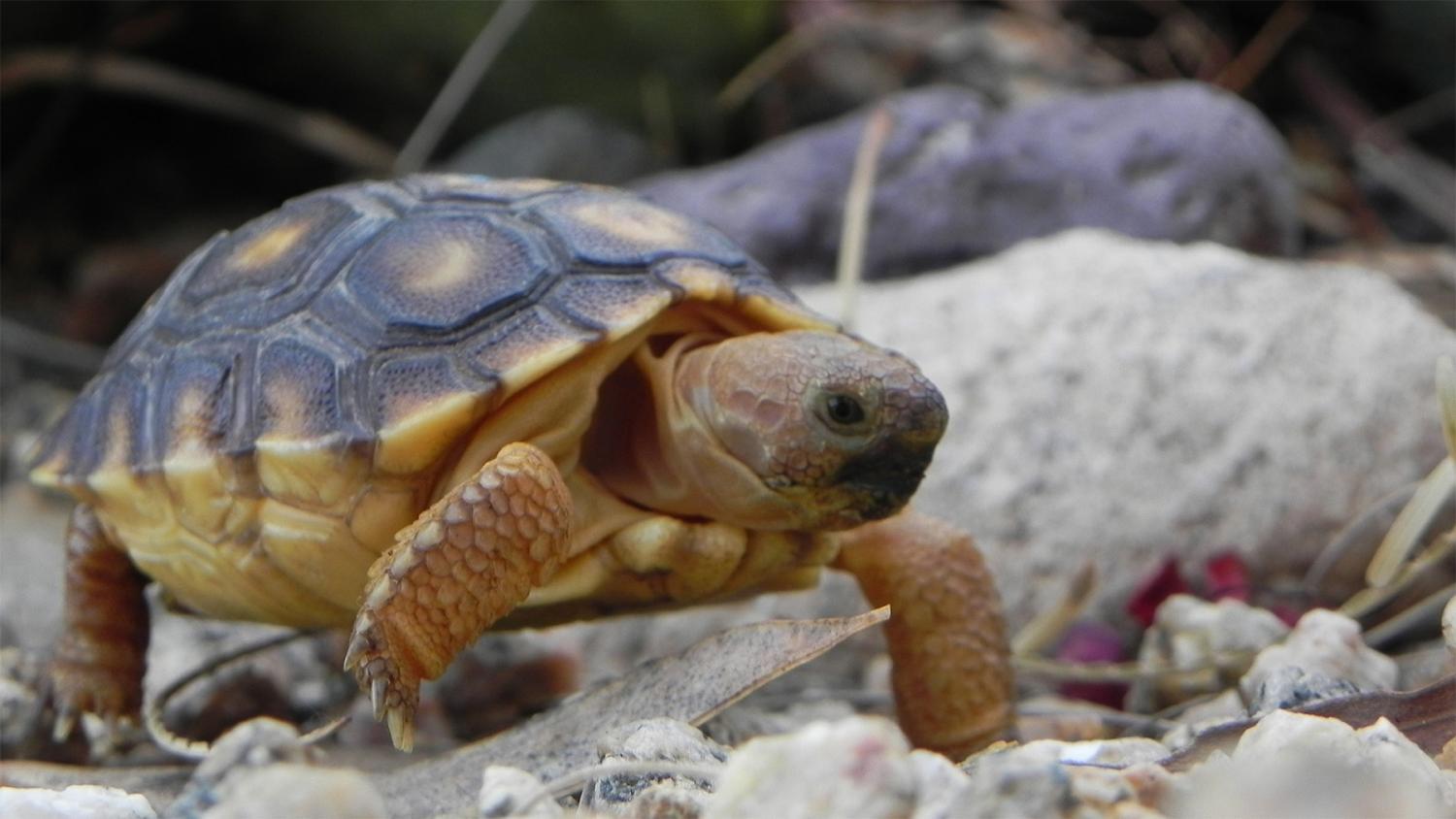 The Sonoran desert tortoise has been denied endangered species status for a second time. That’s after environmental advocates have pushed for 14 years to protect an iconic species of the desert Southwest.

With its high domed brown shell, the Sonoran desert tortoise is native to Arizona and Sonora, Mexico.

“That’s the part of the desert that has saguaros, lots of boulders, rocky habitats,” said Thomas Jones, the amphibians and reptiles manager for the Arizona Game and Fish Department.

Jones says the tortoise can live between 70 and 80 years. But getting to that age can be tricky because about 1% of eggs survive each year.

“It’s a rough life,” said Jones, “especially when you’re starting out as a little tiny, 2-inch-long morsel that everything wants to eat.”

In February the U.S. Fish and Wildlife Service determined the tortoises did not warrant endangered species protection. The agency noted the tortoise’s population is stable and estimated to be in the hundreds of thousands.

“I’m worried that they may have put the tortoise on a collision course with extinction,” Tuell said, “because I think they really minimized some of the threats the tortoise faces, especially from livestock grazing.”

Tuell worries that livestock will eat the same plants that the tortoise relies on. But that’s not the only threat.

“These include non-native vegetation, altered fire regimes, habitat conversion, habitat fragmentation, climate change, and what we refer to as human tourist interactions,” said Jeff Servoss, a biologist with the U.S. Fish and Wildlife Service.

Servoss worked on the assessment of the Sonoran desert tortoise for a year. He says even though the tortoise doesn’t warrant protection now, the agency will continue to monitor the iconic reptile.