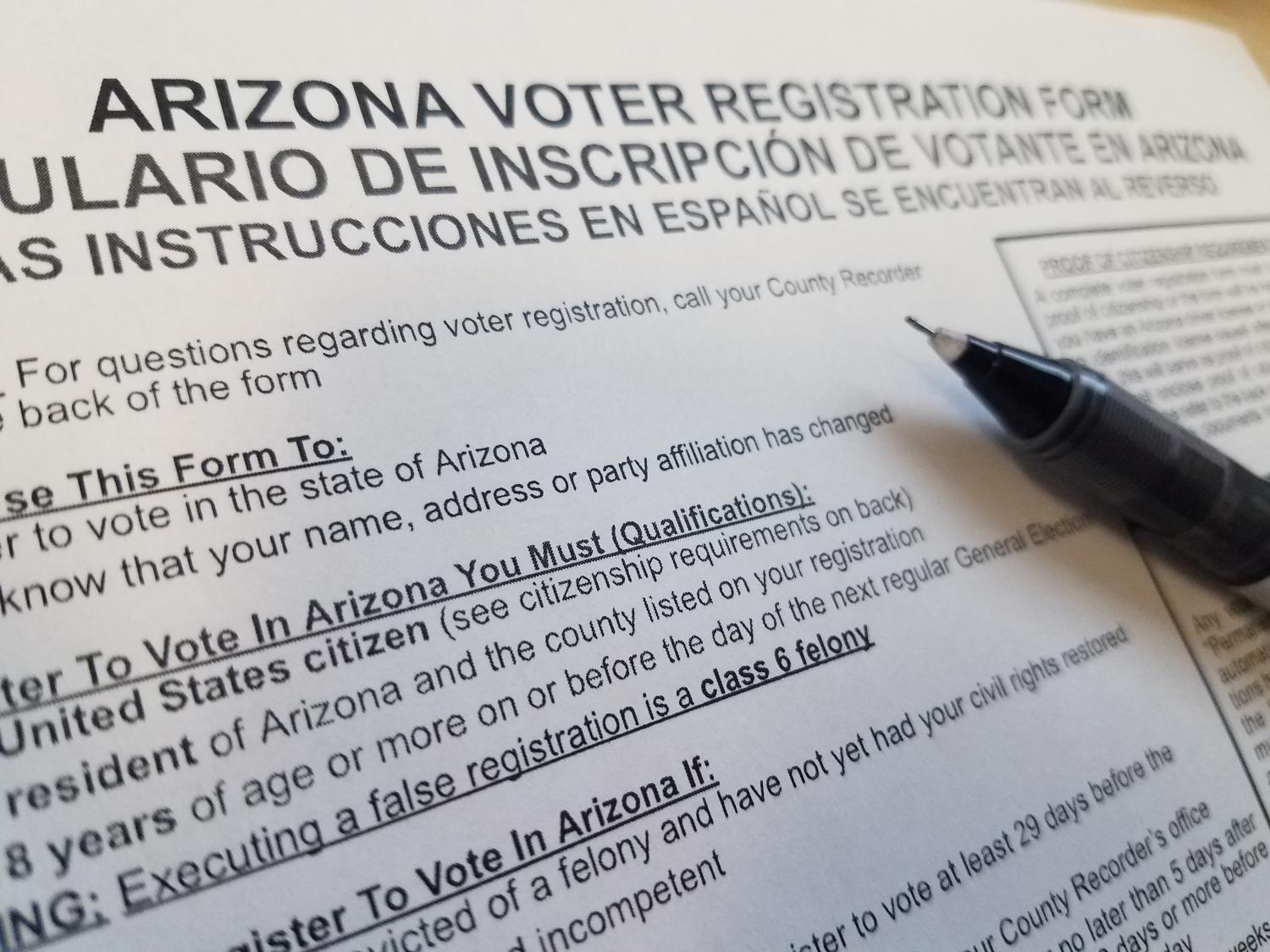 The Republican-backed legislation seeks to expand U.S. citizenship voting requirements in the state, but critics warn it violates federal law and will jeopardize the voter registrations of thousands of Arizona residents.

The first lawsuit from Mi Familia Vota, a local voter outreach organization, was filed less than 24 hours after the governor signed House Bill 2492.

The bill “severely burdens the right to vote and, in many cases, will deny that right entirely, disenfranchising eligible, lawful voters in violation of the First and Fourteenth Amendments,” attorney Roy Herrera wrote.

A separate lawsuit filed by Campaign Legal Center on behalf of several Arizona advocacy groups, including Living United for Change in Arizona and the Arizona Students' Association, makes similar claims that the bill targets Arizonans based on which type of registration form they used to register to vote.

At its core, HB 2492 attempts to apply the state’s citizenship standards to all voters in Arizona, including those who use a federal voter registration form prepared by the U.S. Election Assistance Commission. That form requires voters to check a box declaring under penalty of perjury that they're U.S. citizens and eligible to vote. But it doesn't require documented proof of citizenship, like Arizona does.

“I don’t think it’s too high an expectation in Arizona or really anywhere in America to expect someone to be a citizen before they vote,” Ducey told reporters Thursday.

But the U.S. Supreme Court ruled in 2013 that Arizona couldn't impose a proof-of-citizenship requirement on voters who register with the federal form.

The state has since created a bifurcated voting system that allows federally registered voters to cast ballots in federal elections, but not state or local races. 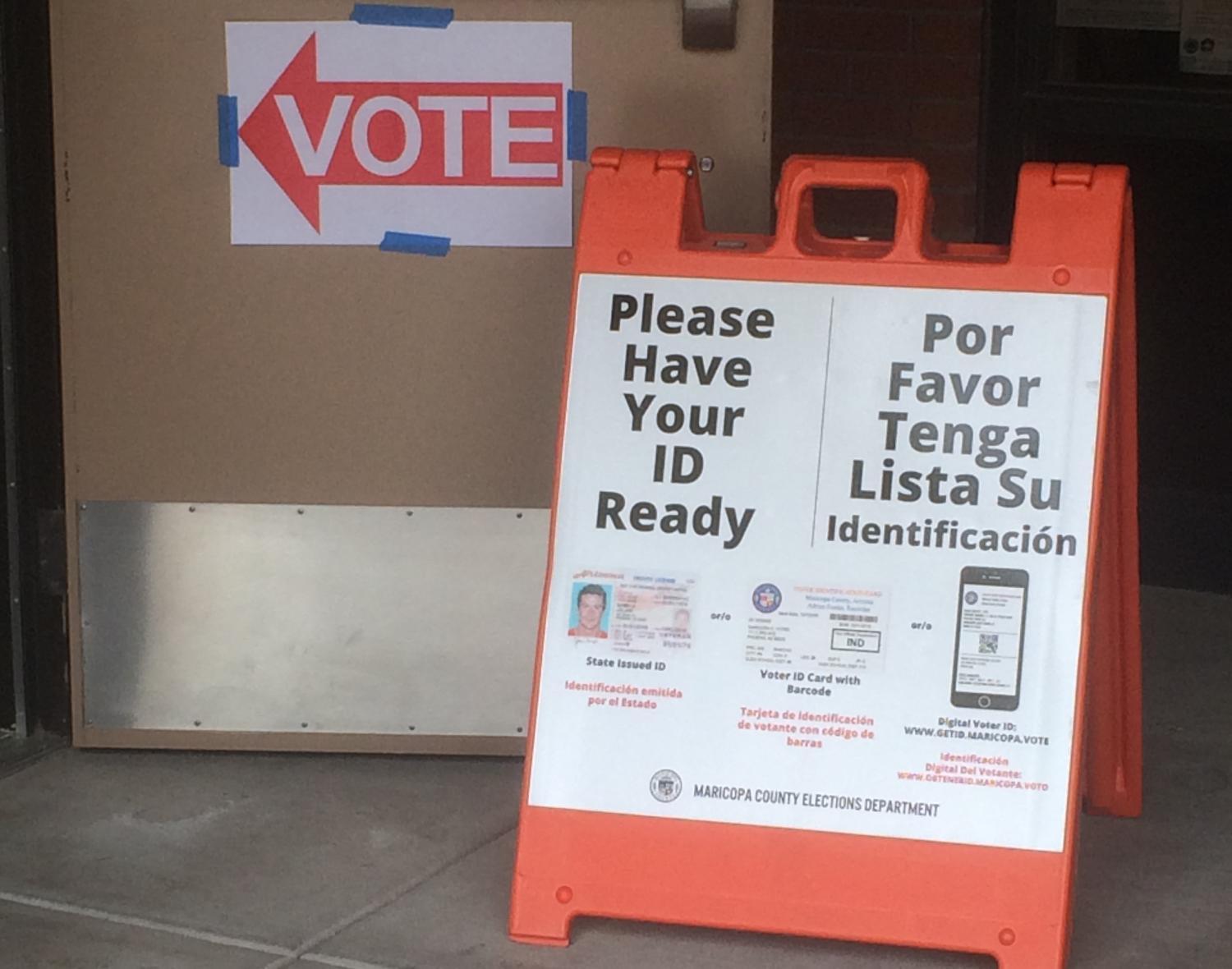 Katherine Davis-Young/KJZZ
A sign reminds voters to have identification ready at an Arizona voting center in October 2020.

Republicans who voted for HB 2492 were well aware of arguments the bill is unconstitutional. Representatives for Arizona’s county election officials repeatedly warned the bill puts elections workers in a "terrible position" — choosing to follow a state law that clearly violates a U.S. Supreme Court ruling, or uphold the court's ruling and be charged with felonies under Arizona law.

Even attorneys for the Republican-controlled Arizona Legislature warned the bill likely unconstitutional.

Ducey said he welcomes legal challenges to HB 2492 and also disputed that the bill will impact more than just the state’s federal-only voters. Critics say the bill also applies to longtime voters who haven’t changed their registration since 2005, when Arizona’s citizenship requirement took effect.

Herrera pointed to language in the bill that restricts anyone who registered without documenting their U.S. citizenship from voting in presidential elections. The bill also restricts how they may vote — barring them from casting an early ballot by mail, the preferred voting method for a majority of Arizonans.

“There is no evidence that any of Arizona’s voting methods are beset by fraud, and no credible evidence that non-citizens are attempting to overcome (much less actually overcoming) the numerous safeguards Arizona has put in place to limit voting in Arizona to United States citizens,” Herrera wrote. “The proof of citizenship restriction is an entirely illegitimate and unconstitutional roadblock erected in the path of lawful, eligible voters.”