These organizations are helping the Valley's homeless population get IDs, rides 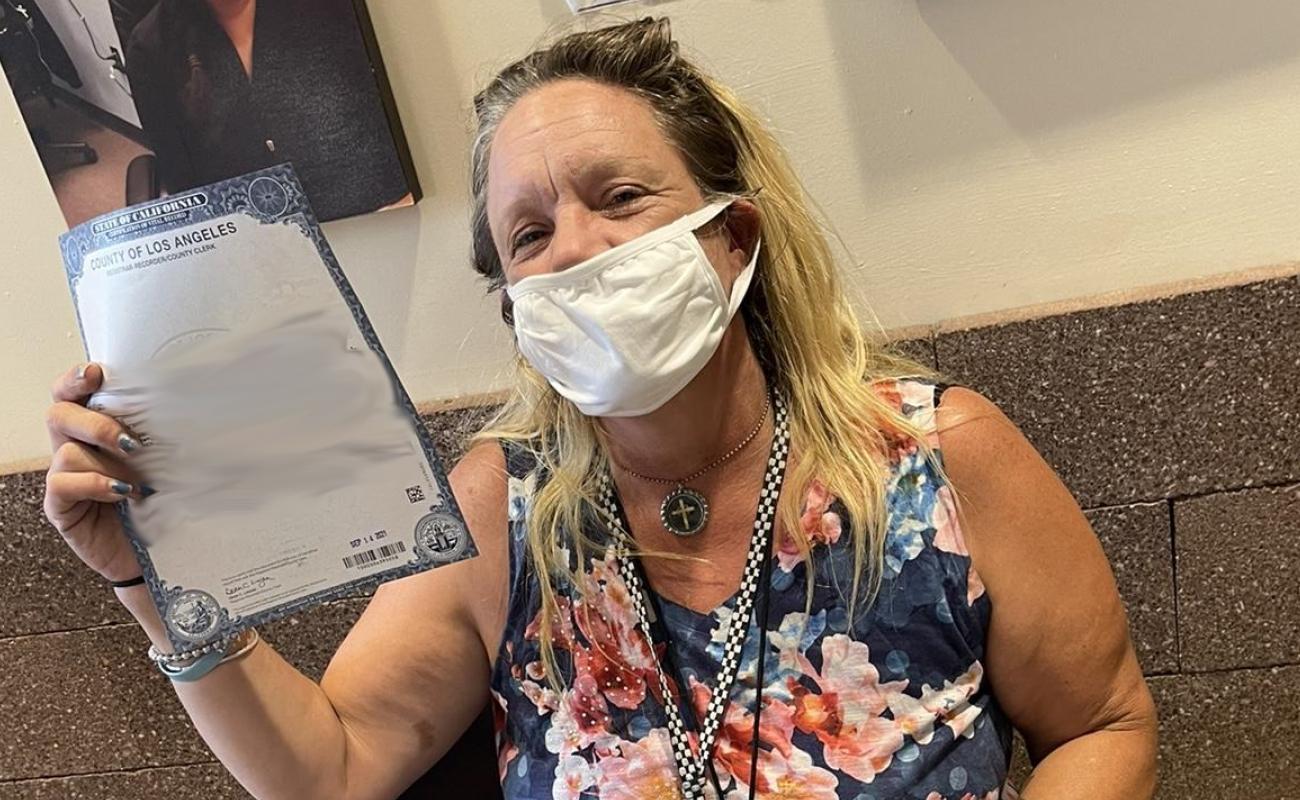 The low-income and homeless populations continue to face challenges as home prices have increased, and waiting lists for shelters and transitional housing are on the rise.

However, there are more barriers to obtaining affordable housing than just finding available housing units.

For example, people experiencing homelessness may be missing the crucial documentation it takes to get a job or a home — like a birth certificate or a driver’s license.

Rick Mitchell is the executive director of the Homeless ID Project.  It’s located in downtown Phoenix on the 13-acre Human Services Campus.

For those who have never had an Arizona ID, they can expect a longer turn-around time. If they were born in the state, it usually takes a week to 10 days to get a birth certificate. Then, with one or two other supporting documents, they can get their ID.

Mitchell said that the amount of clients seeking help from the Homeless ID Project has continued to grow — as does the homeless population.

In the first few months of 2022, they’ve already broken records. Mitchell said that before this year is over, the Homeless ID Project  may give out as many as 10,000 documents.

Mitchell said the goal of the project is to hopefully end or prevent homelessness. “Let's get those documents so that people don't become homeless, or don't stay in homelessness for any extended period of time,” he said. 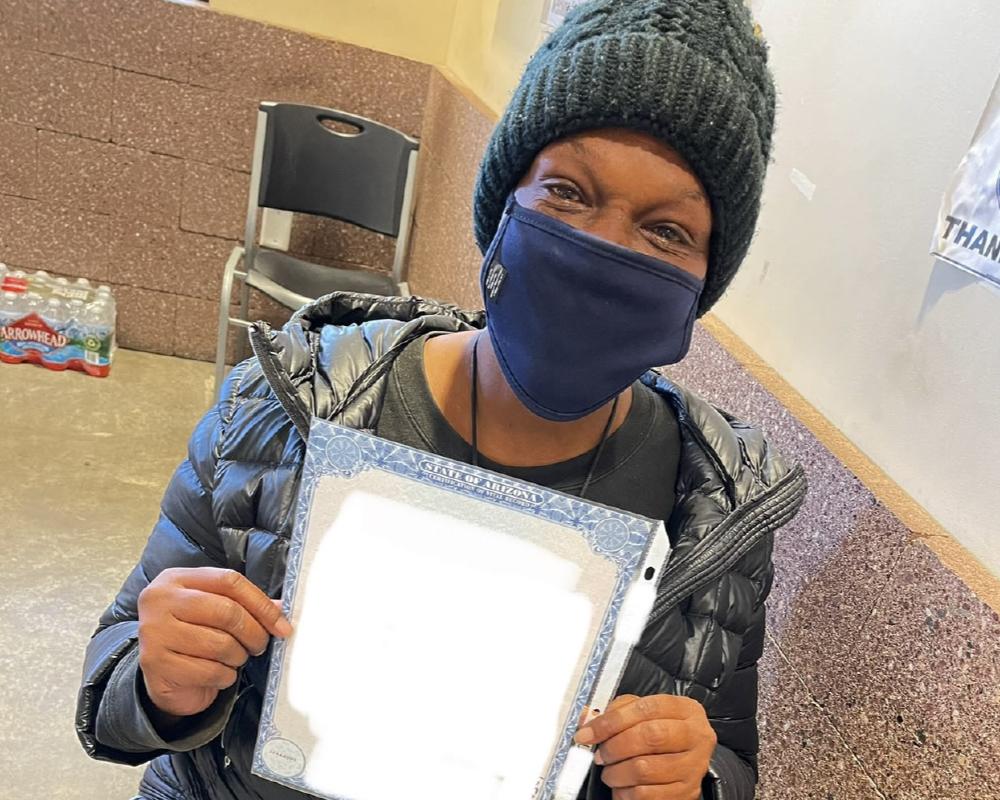 Another issue that the homeless population faces is transportation. What do people do if they don’t have transportation to the Human Services campus — or to any of the other crucial resources they need?

In 2015, 19-year-old Vivienne Gellert started pre-med at Maryville and Baptist hospitals when she noticed the emergency rooms were serving as a revolving door for individuals who don't know how to better access timely and appropriate care.

She said she looked around thinking that there must be a better way to connect these individuals with all of the resources that exist in Phoenix.

“So, we started a volunteer group of pre-med nursing students. And we started purely focusing on the homeless population. So we went to the Human Services campus, and we started a group called BakPak.”

Its goal was to incentivize individuals to get timely services and care by receiving backpacks. Two years later, they launched a health, navigation and transportation service for the homeless and underserved.

Eventually, BakPak was renamed Elaine — honoring a substantial gift of the Herzberg family. Elaine Herzberg was experiencing homelessness when she was struck and killed by a self-driving vehicle.

“Ever since we really can’t keep up with the demand — and there are so many people who need this type of service where you’re hand holding, and you’re providing really a person behind a plan on paper,” said Gellert. 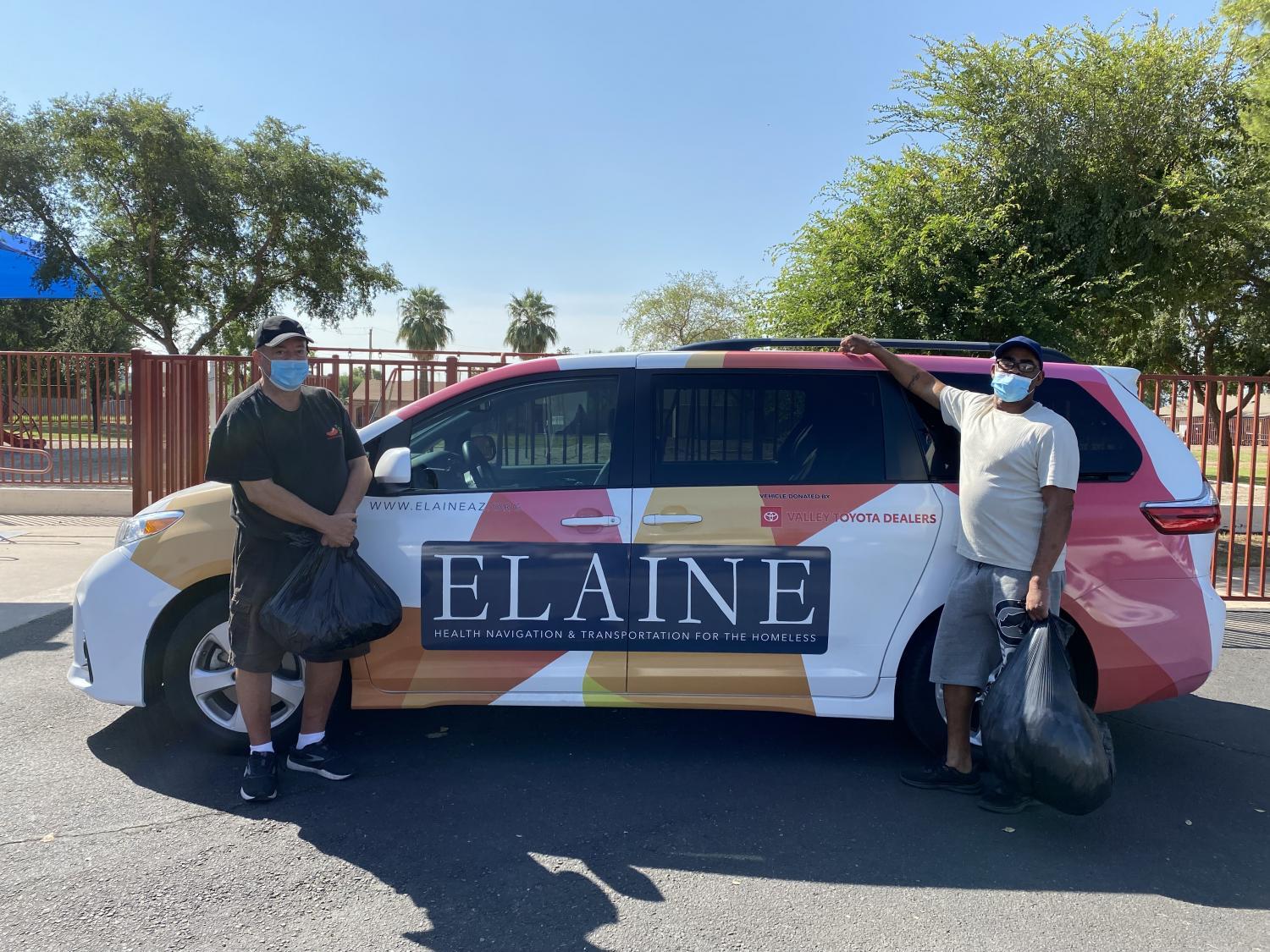 Eric Barr/Elaine
To schedule a ride with Elaine within 24 hours – call or text 602-909-3172. For rides greater than 24 hours out, and for general questions, email [email protected]

Elaine is not just curb to curb; it’s door through door. If someone needs help getting to an appointment and checking in, Elaine makes sure they’re physically walking that person through the door.

Eric Barr is executive director of Elaine. He oversees transportation operations and works with community partners to help bring in support.

“It’s a first-come first-serve basis. So they say, “Hey, I need transportation to my doctor’s appointment, or hey, can you take me to the grocery store?” Whether it's day-of, or maybe a week out in advance, we really try to be as accommodating as possible,” Barr said.

There are many resources in Arizona for low-income and homeless individuals to use. The road to success may be challenging, but there are people out there trying to make a difference.

According to Vivienne Gellert, there are simple ways we all can help.

“Kindness and recognizing one another goes a long way,” she said, “Keep a pack of socks in your car. Homeless individuals need socks. They put a lot of miles on those feet, and socks are a huge part of good foot health ... So, the simple things matter.”