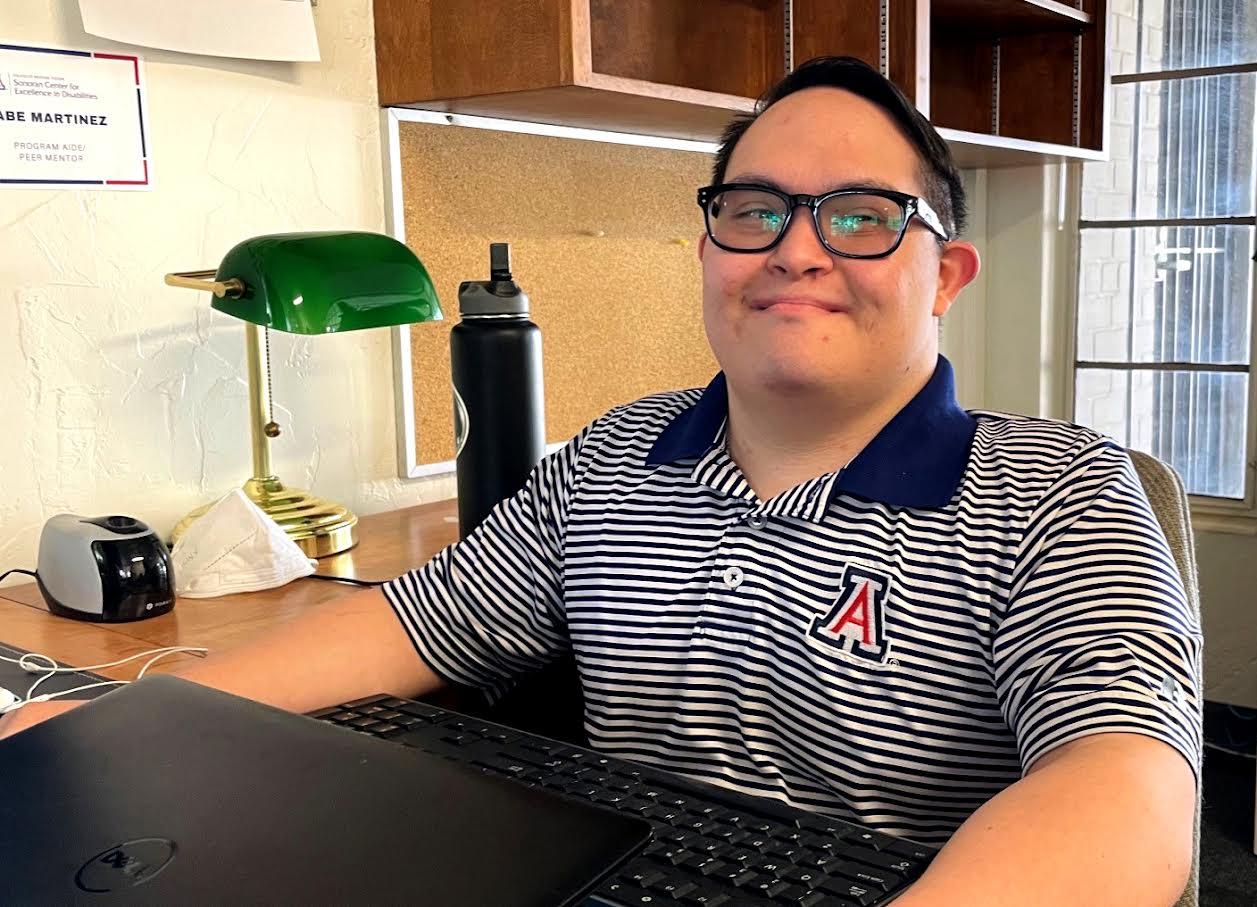 University of Arizona
Gabriel Martinez is appointed to President Biden's Committee for People with Intellectual Disabilities.

Earlier this month, President Biden appointed an Arizona resident to serve on the President’s Committee for People with Intellectual Disabilities.

Gabriel Martinez, who has Down syndrome, is a project aide and peer navigator at the University of Arizona’s Sonoran Center for Excellence in Disabilities.

"I'm excited because I can help tons more kids and adults with intellectual disabilities if they don't have a voice, I’m a voice for them," he said.

And Martinez says he wants to continue supporting people with intellectual and developmental disabilities in this role.

"For me, I help with the president to support kids to find different jobs in the United States," said Martinez.

The Committee has 21 citizen members who serve two-year terms.