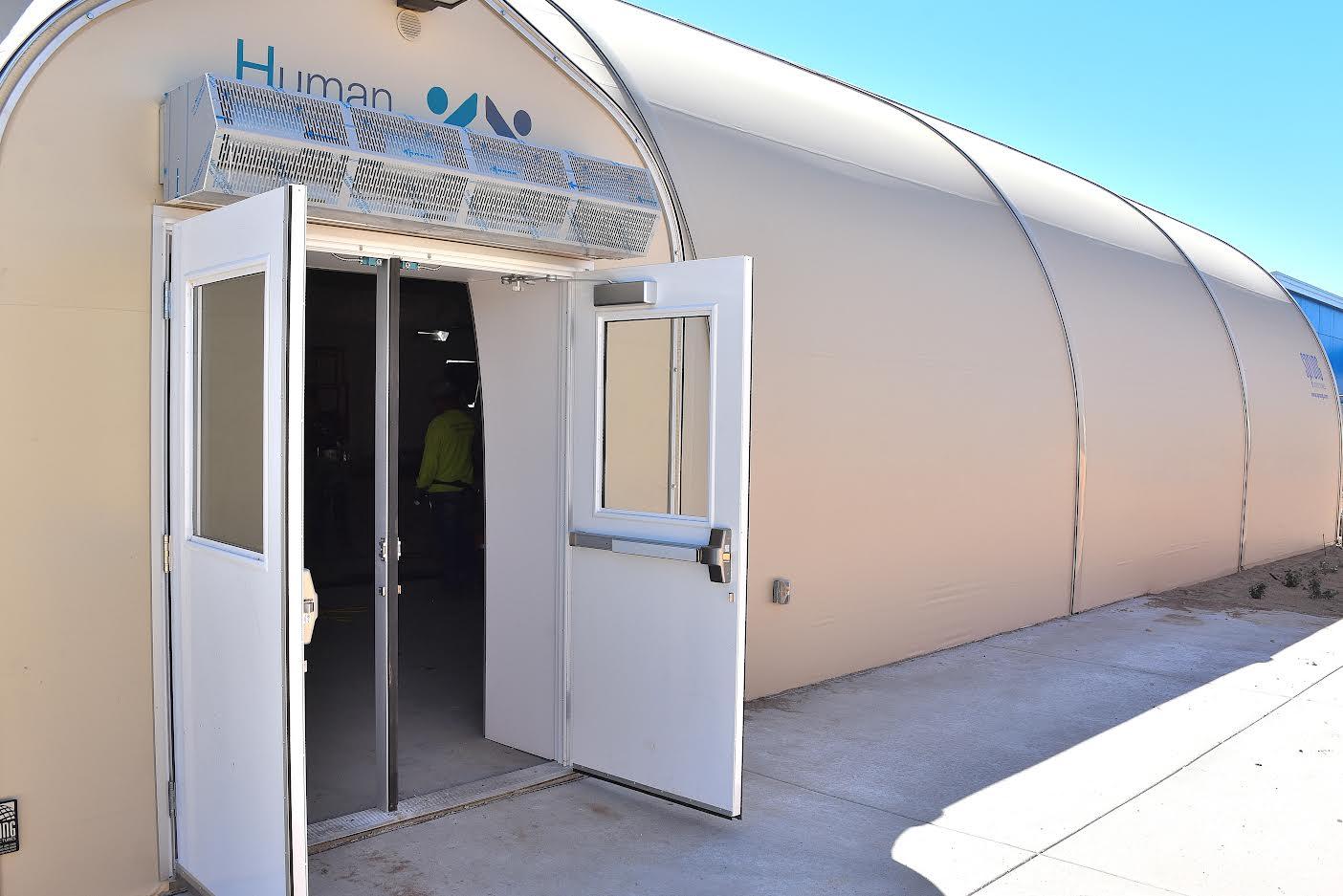 Human Services Campus
Respiro is a pre-fab shelter located near the Human Service Campus that can temporarily house up to 100 people.

The Human Services Campus in downtown Phoenix is opening a 100-bed overnight shelter. This is the first time this type of pre-fab structure is being used as an emergency shelter in Maricopa County.

It’s called Respiro, which is Spanish for respite. Amy Schwabenlender is the executive director of the Human Services Campus. She says the goal is to shelter people who are living on the streets surrounding the campus. However, that number is steadily growing.

"And when we had approval from Phoenix City Council for funding for this just about a year ago, in the neighborhood, there were maybe 200, 300 people that we counted as unsheltered. So now we've counted over 970 unsheltered people in our neighborhood," she said.

So who gets in?

"We're really focusing on two ends of a spectrum," explained Schwabenlender. "One end is we know that there are people who they're either already working or they're very close to getting a job, they're very close to being able to move into permanent housing. Then on the other end are the people who we see as most frail, most medically vulnerable."

Respiro will provide program staff and security at the $1.6 million structure, which is being funded by the city of Phoenix.