This Phoenix hospital has served millions in the last 50 years. Now it's being replaced

Two years into a three-and-a-half-year project, the metal skeleton of the new 10-story Valleywise Health Medical Center stands out near 24th and Roosevelt streets.

The move isn’t that far but it’s a long way from its origins when contagious diseases like tuberculosis and small pox were a big problem.

In 1877, a pest house was created to quarantine the sick and often the very poor.

The pest house evolved into what was then the Maricopa county hospital, located in southwest Phoenix for most of the 20th century. With the growing population and demands for medical care, a new hospital was needed and in 1971, the next version opened at 26th and Roosevelt streets.

Last year more than 81,000 patients walked through the hospital doors.

Dr. Frank LovVcchio is a trauma doctor working in the emergency room. 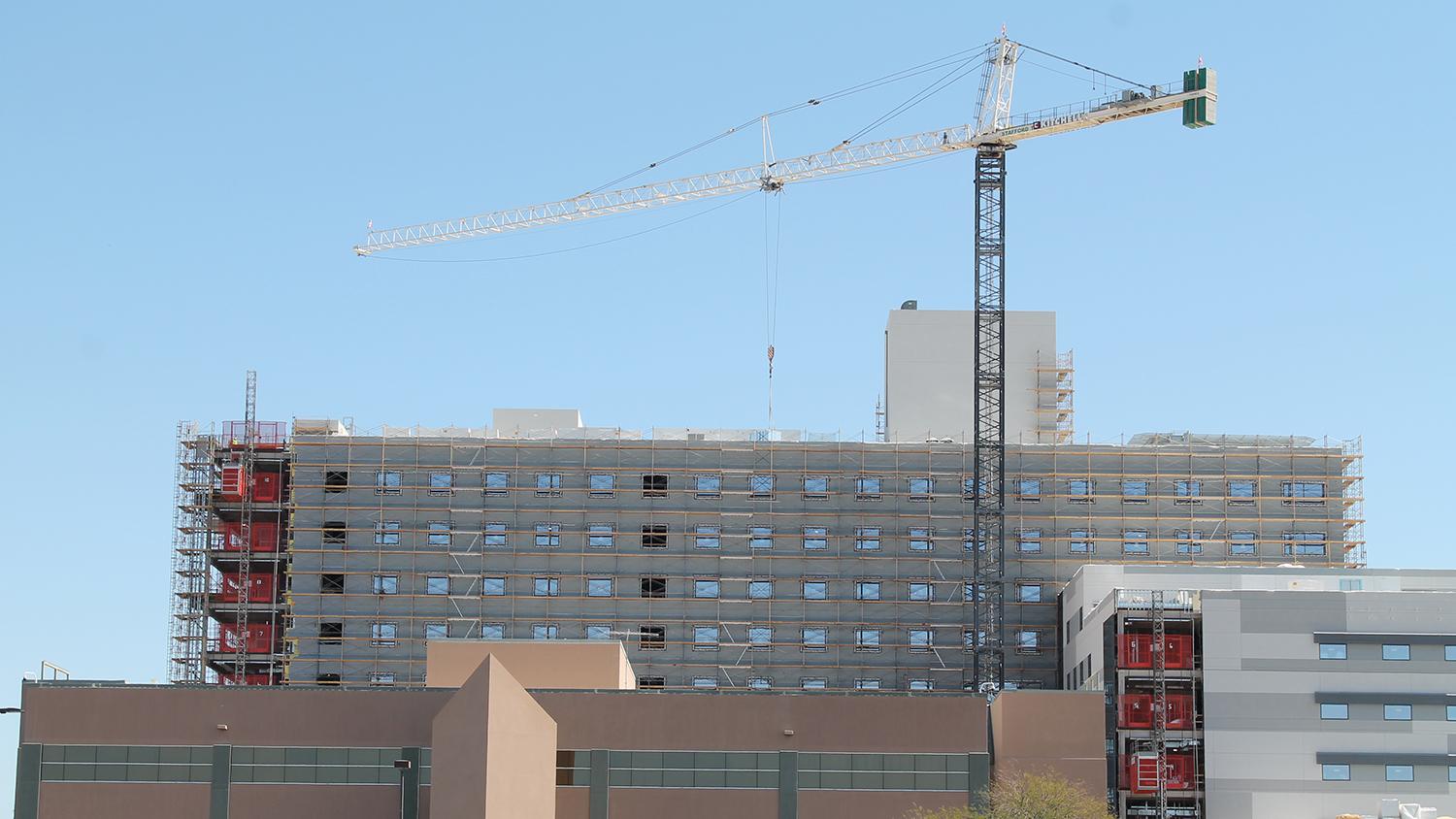 “We see anything that comes through the door. That could be from a little kids to someone with their last few days on Earth. We see all ages we see all diseases," said LoVecchio.

LoVecchio says the staff works in a crowded ER.

Pam Detzel is vice president for ancillary clinical services. She says the crowded ER bays can force some tough decisions.

“We need to have so many care team members at that bedside. And when there’s not enough room we actually have to go through and ask who’s the most high priority to be here," Pam Detzel said.

That lack of space also means a lack of privacy in patient rooms.

“In the patients rooms it is so crowded. And we are also a teaching hospital and so trying to care for the patient and teach a the same time with the overcrowding is challenging," she said.

Carole Carpenter has been a nurse, instructor and manager in her 30-year career at the hospital. She says over the years the hospital has seen many changes.

After five decades of round-the-clock use, this hospital is showing its age.

“I basically run all of the services that allow this hospital to operate. Everything from heating to cooling to medical gas," said Virgil Reeves, supervising building engineer for the hospital. 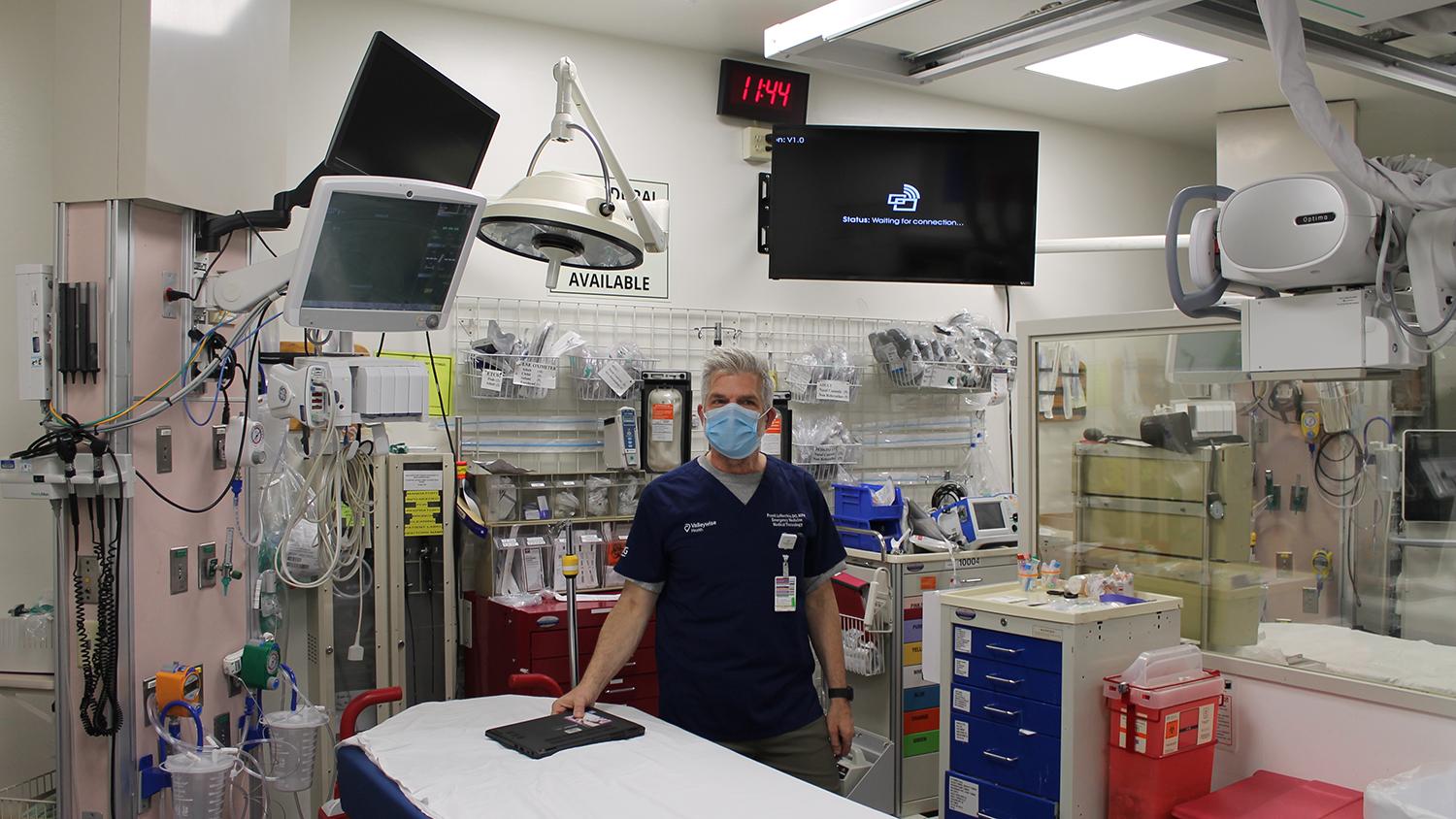 When the pandemic hit he had to develop new air handling systems for COVID-19 patient rooms on the fly. The number of COVID-19 patients is way down. Now he and his staff have other things to work on — like elevators.

“We constantly have to work on, repair maintain. I’ll says it’s probably the biggest frustration the nurses have, getting from one floor to another. And when they’re not working, they let me hear about it," said Reeves.

The new hospital will offer many upgrades, but Jo-El Detzel, vice president of ancillary clinical services, says the building will offer something simple that the current one doesn’t have enough of: windows.

“You really get the feeling that there’s not an outside. And so having windows will be so important in our healing process and really the wellness of our staff as well. In the new facilities we have windows in every patient room and throughout the facility," Detzel said.

For Reeves, the building engineer, it’s even more basic: the waste system.

“It’s at its end of life. There is quite a few leaks. And in those leaks we have to go in and shut down parts of the hospital to repair it.  So new waste piping. I know it doesn’t sound like much but I and waiting for new waste piping,” said Reeves.

Carol Carpenter is thinking about retiring. She says she will miss the staff and the way people together during the pandemic. 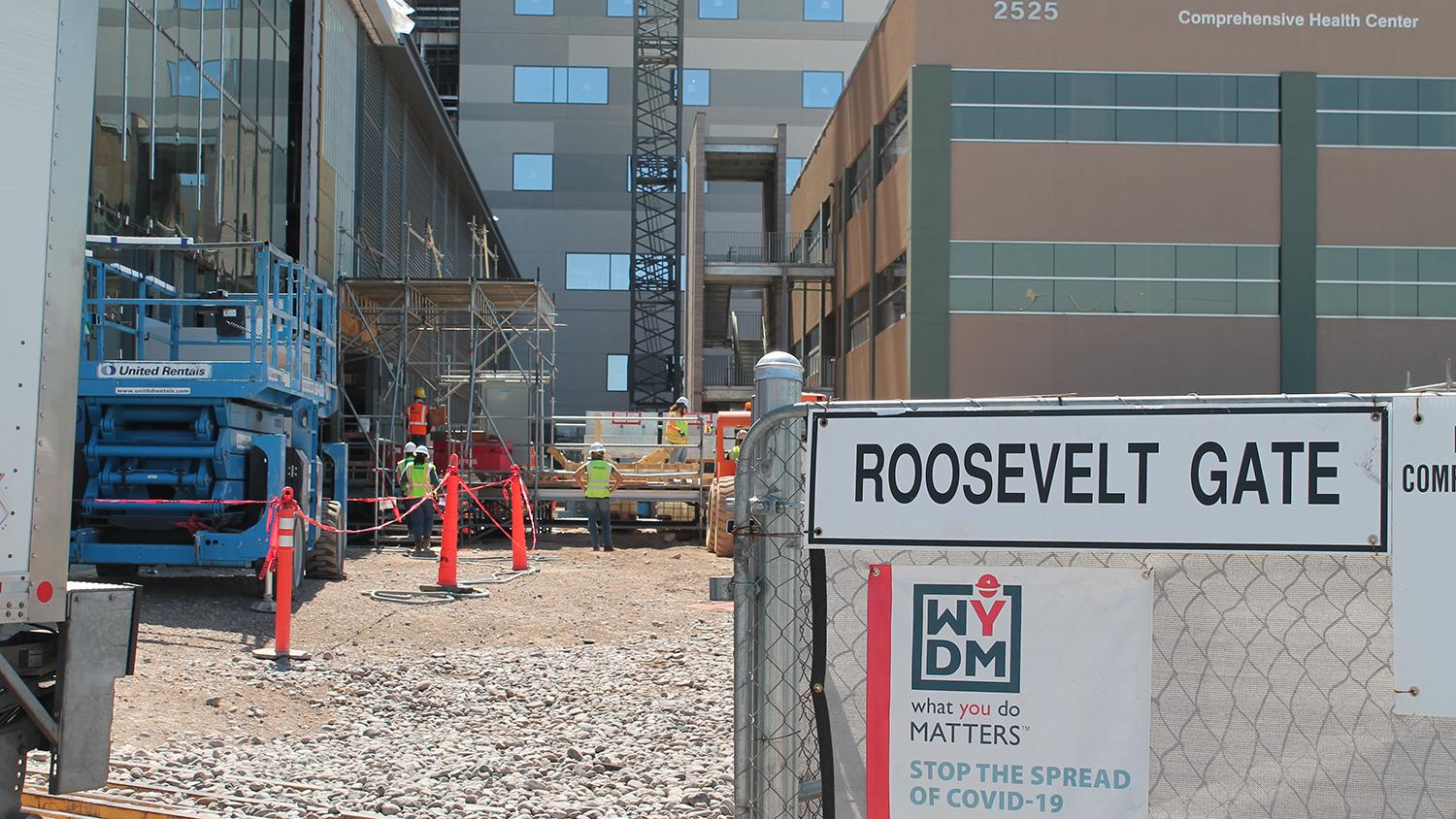 “The camaraderie with the staff. You know somewhat emotional. I have not made a decision, but I’ve been here a good long time and I think it’s time to let the next generation come in and make their mark," Carpenter said.

When the new $596 million building opens in the fall of 2023 there will be many changes. The Arizona Burn Center and support facilities will be in one place, another helipad will be located on the roof and work flow will be improved.

LoVecchio says the mission of the hospital and its staff will not change.

“We serve the underserved. We serve al the refugees that come to Phoenix. We do sometimes take care of the inmates and jail patients, etc.  And people that are looking for a better life. You know people pursuing the American dream,” LoVecchio said.

The new hospital will be a long way from the pest house that opened in 1877, but it will still be a hospital serving the community.