Grief groups for LGBTQ elders are few and far between. But they are desperately needed

Download mp3 (7.49 MB)
Coverage of aging is supported in part by AARP Arizona 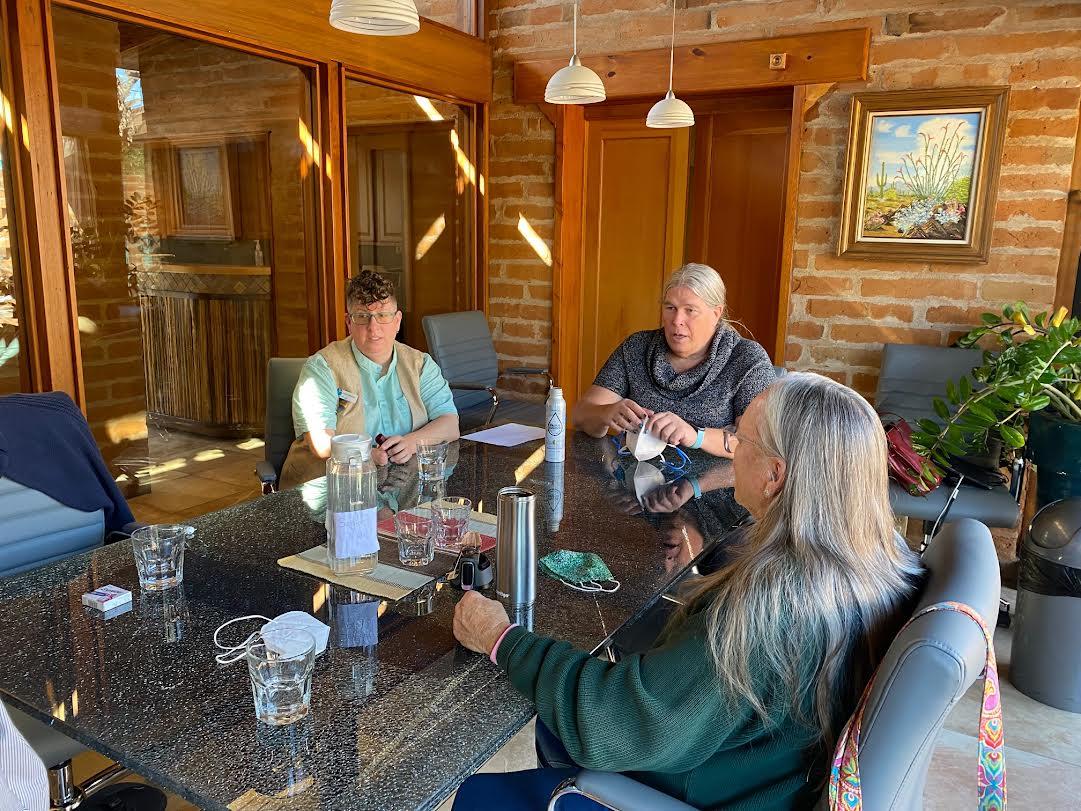 Kathy Ritchie/KJZZ
LGBTQ grief groups are few and far between. It's unclear why, but there are benefits to having LGBTQ-specific programming like grief or support groups. For many in the community, being in an LGBTQ grief group, they feel like they can be vulnerable.

Services for older adult LGBTQ people are few and far between. From support groups to grief groups, it’s not always easy to find a safe space where one can be vulnerable and talk about a profound loss. While these groups incredibly valuable when it comes to learning to live with loss, more are needed.

Lana Jo Rich lost her wife, Rada, to cancer roughly eight months ago. "I didn't even think about the fact that my grief/loss journey was going to require me to keep coming out," she said.

Even at the end of Rada’s life, Rich was coming out to her wife's doctors, the physician assistant and the phlebotomist. Even after Rada passed, "lots of my friends would say go to those grief groups, they’re wonderful, that kind of thing — well, those were all straight people."

And Rich is a lesbian.

"I’ve had years trying to negotiate, getting around jobs and people, and working in places where they've said, 'if anyone found out, you'd be fired,'" she explained.

And she didn't want to come out over and over again to a new group of people, let alone do the emotional work of explaining her relationship with her wife and partner of 38 years.

"I couldn’t do that," she said. "You just want to be there to focus on getting over your grief and trying to move on, or figure out what to do with grief." 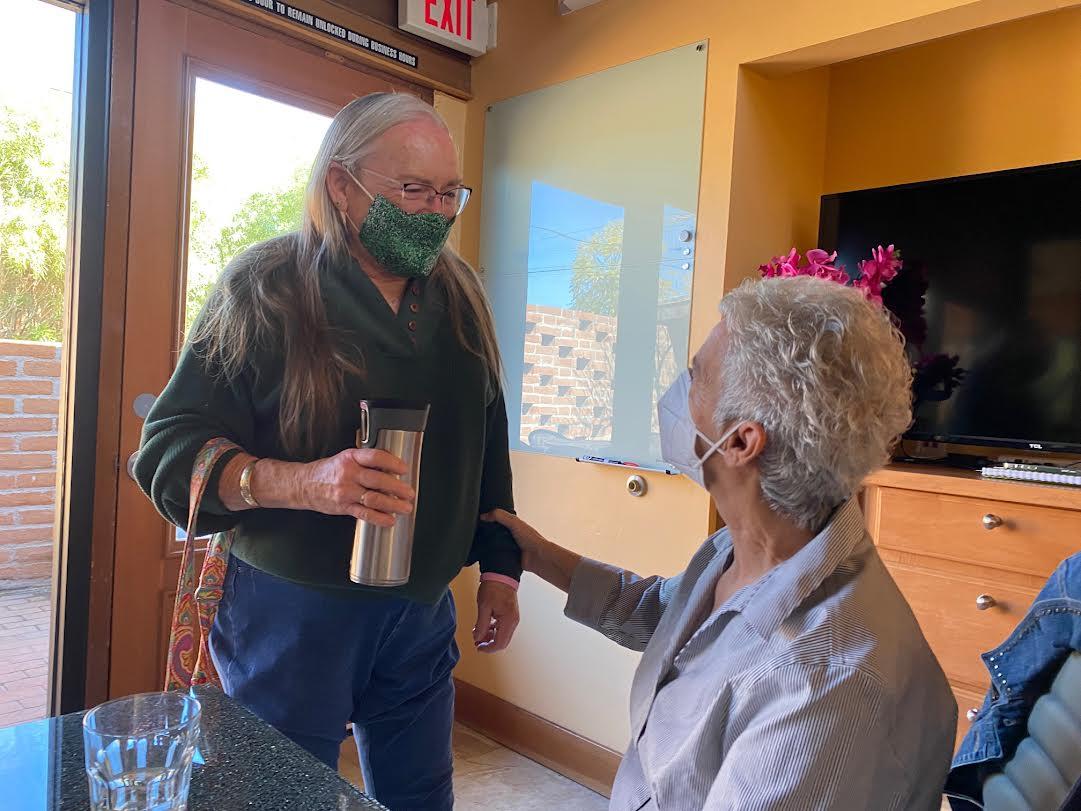 Kathy Ritchie/KJZZ
Lana Jo Rich (left) lost her wife and partner of 38 years ago to cancer. Here, she says goodbye to Lavina Tomer who leads her grief group. While grief is universal, there are topics that come up which are specific to the LGBTQ community.

Lavina Tomer facilitates Rich’s group. She's also the organization's executive director. Like a lot of grief groups, Tomer opens up the meeting by checking in.

"After the check in," she explained, "we will then go around, and people will expand their week or their feelings or how they're doing with their grief and loss."

It’s a universal start to a meeting, though some of the topics that come up are specific to this community.

"We have lived with hostility and discrimination and being 'less than' for so long, that it’s what we walk with all the time," Tomer said.

For Tomer and others, it really comes down to this sense of constant loss. From hate crimes to family estrangement to coping with the death of dear friends during the HIV epidemic.

"I didn't even think about the fact that my grief/loss journey was going to require me to keep coming out."
— Lana Jo Rich

Sarah Bahnson is the LGBTQ community liaison with Pima Council on Aging.

"Just knowing that you belong to this group, and having to do that work to become understood, to have other people see your humanity really takes a toll," they said. "And so that's one of the reasons why it's so important to have spaces that are designed specifically for LGBTQI+ people, so that at least you can process your grief and loss outside of a situation in which you might experience minority stress."

Minority stress can result from discrimination, and it can lead to poor health outcomes for older LGTBQ people. According to an article in the Journal of Gay and Lesbian Mental Health, minority stress can lead to cognitive decline among LGBTQ elders. The researchers noted that social support and LGBTQ community engagement help. 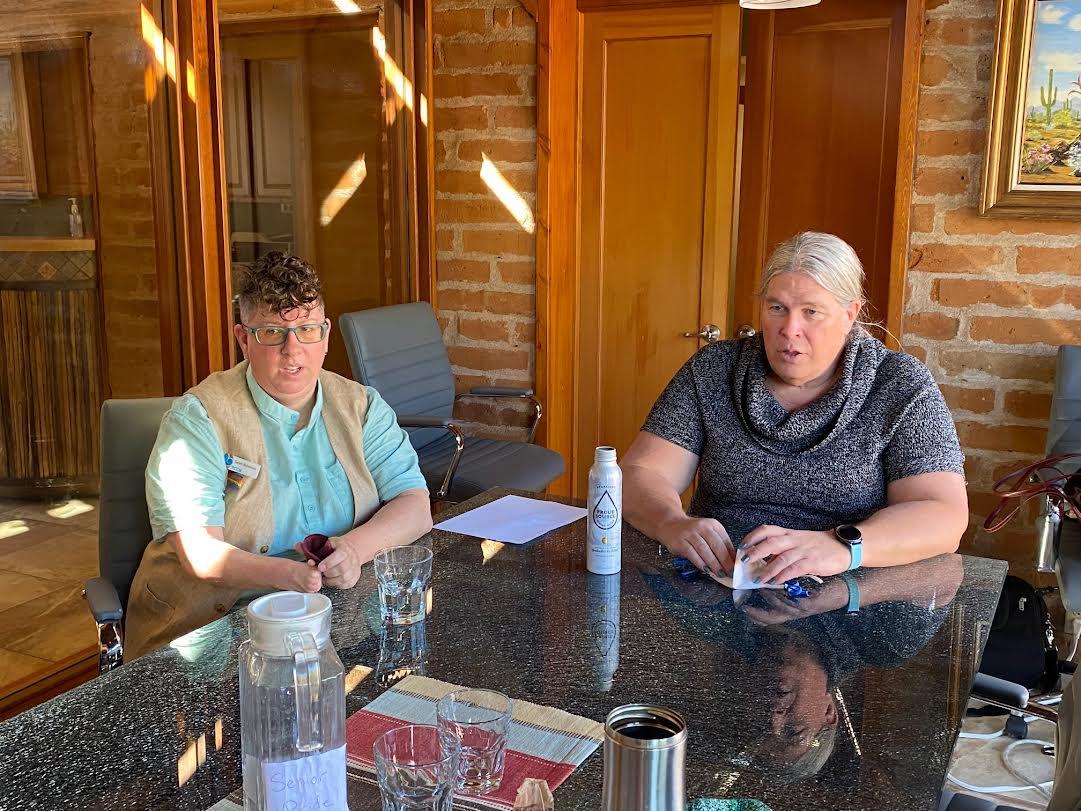 Stacia Ortega is the director of bereavement services at Hospice of the Valley in Phoenix.

"And so, when a death occurs and they are going through the grieving process, they may not be able to be public with that," she explained.

She says their LGBTQ grief group is one of less than a handful in a city of 1.6 million people. It’s unclear why, but what is certain is that if an LGBTQ person is made to feel like their relationship mattered less than a cisgender straight person’s, they can experience disenfranchised grief.

"And disenfranchised grief is grief that is not always or necessarily supported by society," explained Ortega.

So the person grieving may not disclose that their partner or spouse was of the same sex, she says. But even if a couple was open in life, after a death, the people who once surrounded them may no longer show up.

"So they feel sort of abandoned by that experience," she said. "They may not be able to participate fully in a memorial service or funeral because their voice isn't heard in the situation, because the family is just making plans.

Of course that can happen in life, too.

Fighting for our humanity

And her job is to help LGBTQ people get their advanced medical directives, living wills, medical powers of attorney in order. Russ says getting those final desires documented is critically important.

"In many cases, we end up putting our selected folks into the position of having to advocate for our very humanity, our very identity," she explained.

Because if a trusted friend or partner isn’t designated in writing, Russ says, by law family becomes the default decision maker.

And for some that could mean their final wishes won’t be honored or respected. 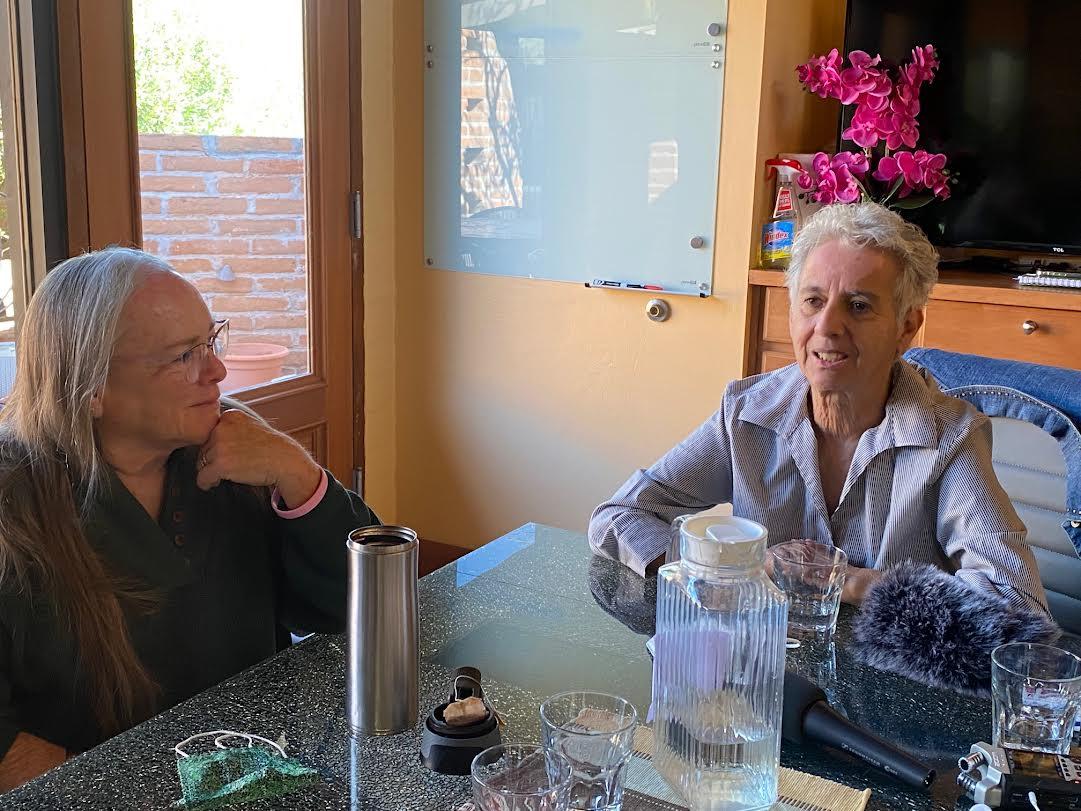 Kathy Ritchie
Lavina Tomer (right) encouraged Lana Jo Rich (left) to attend the LGBTQ grief group that she leads. Rich says the group has been supportive as she navigates her new normal without her wife Rada. 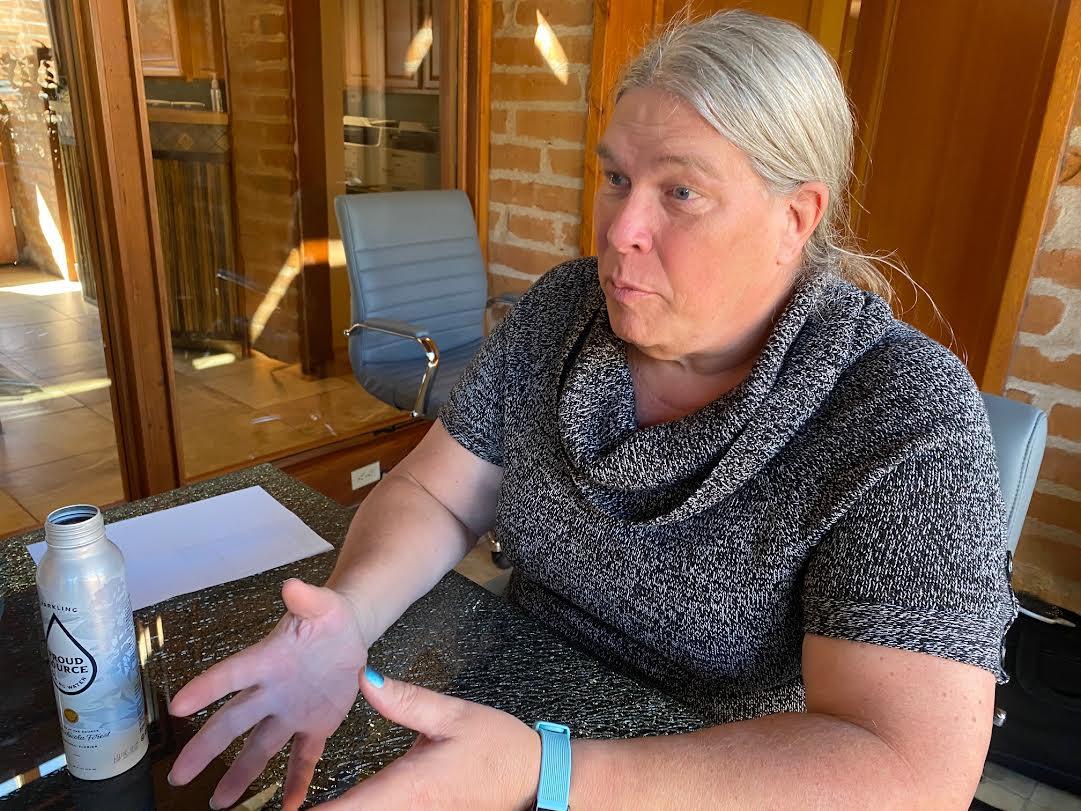