What's next for supporters of Prop 208 after a judge officially ended it? 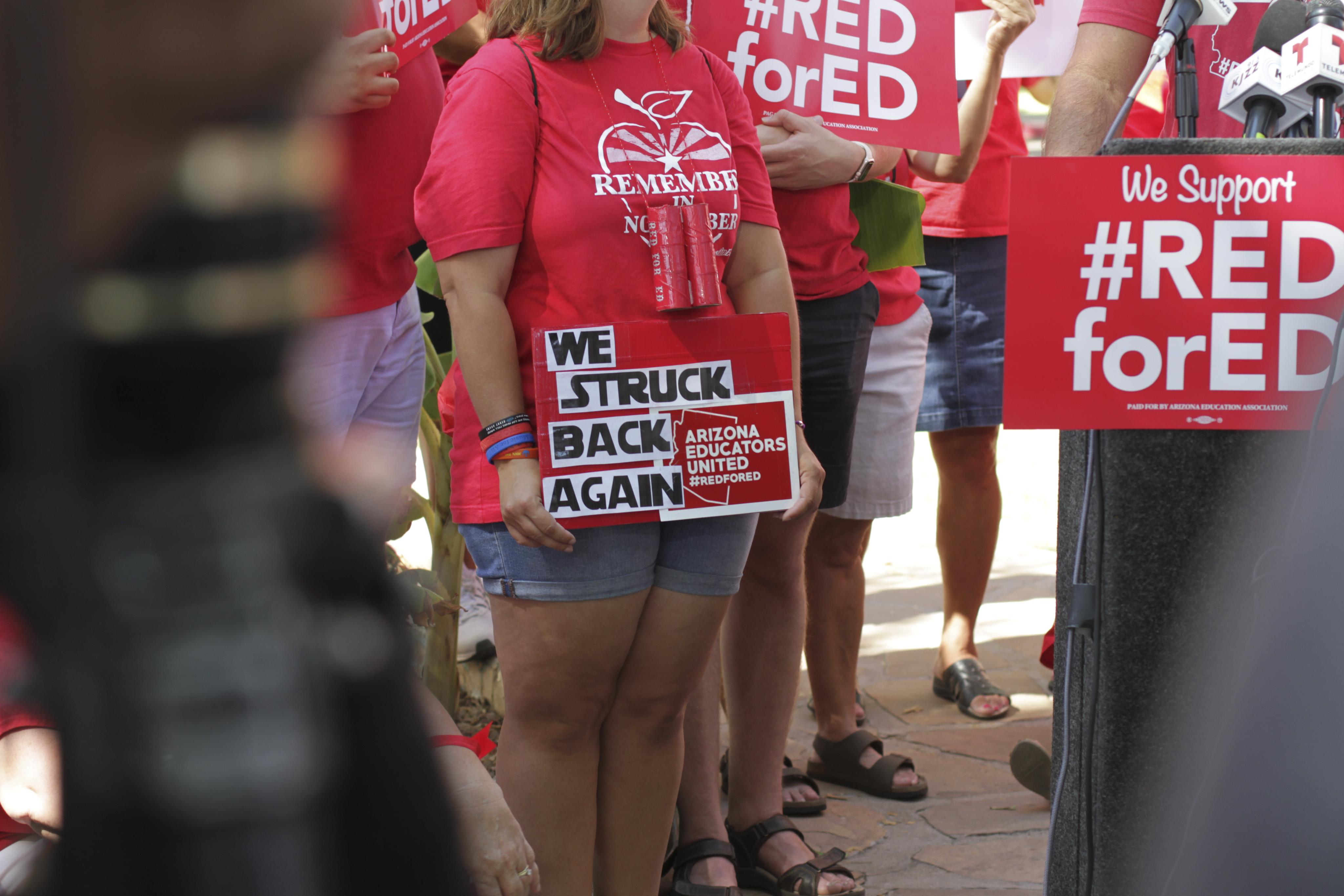 Mariana Dale/KJZZ
About 200 people wearing the distinctive red shirts of the #RedForEd campaign gathered at the Arizona Captiol Thursday, July 5, 2018 to celebrate turning in an estimated 270,000 signatures in support of a ballot initiative to fund public education.

A judge put an official end to the tax hike on the wealthy that voters approved in 2020. The move would have provided $800 million for public education. In his opinion, Judge John Hannah laid out a roadmap for educators to appeal the ruling once again.

Judge Hannah was forced to make the final call after the Arizona Supreme Court punted the case to him last year, basing it all on the initiative violating a spending cap on education.

It’s still unclear where the Invest in Arizona backers will go from here and whether they will appeal the ruling.

Rebecca Gau is executive director of Stand for Children Arizona.

The Show spoke with her to learn what options she and other Invest in Arizona proponents have in the future.