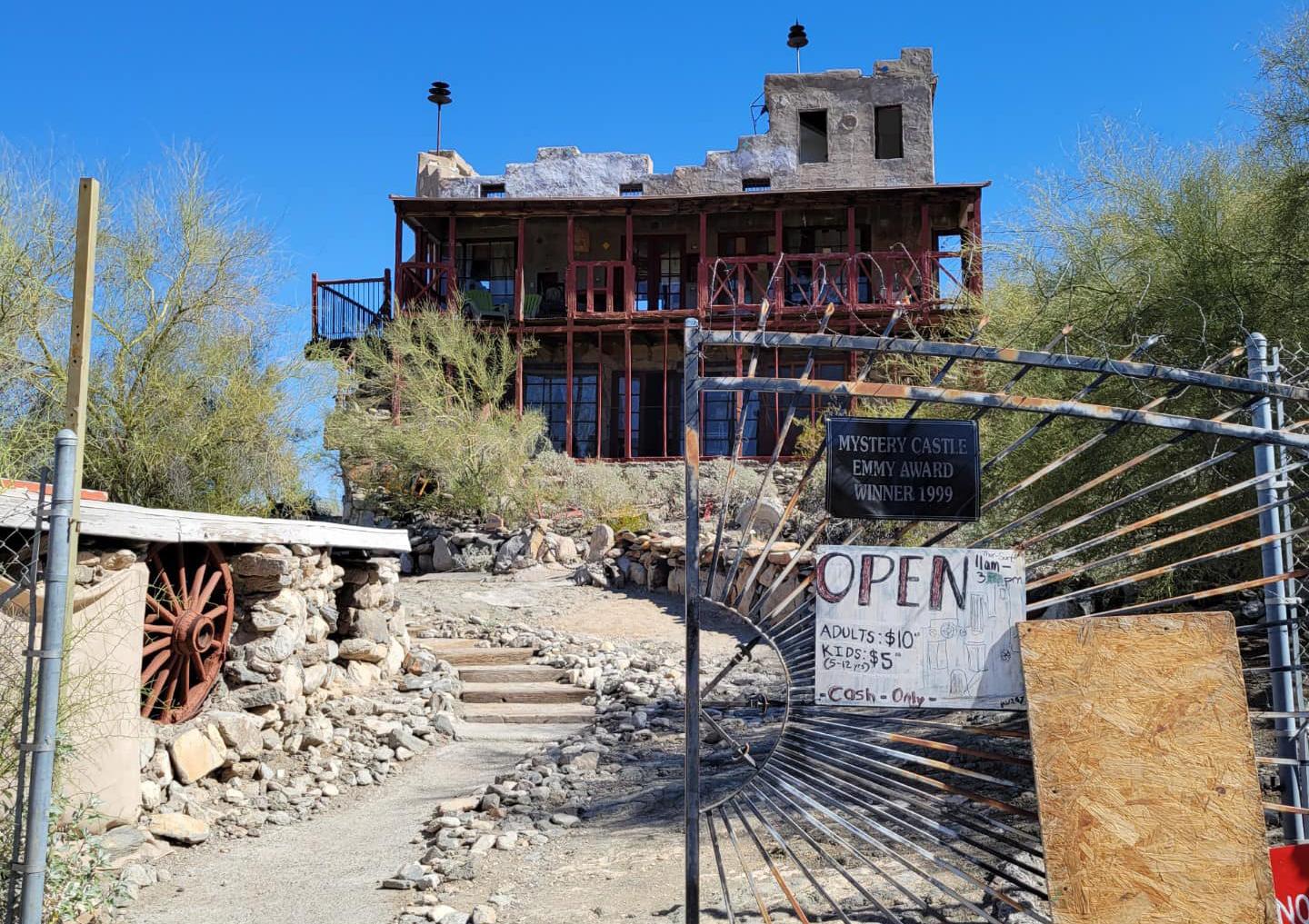 With 18 rooms and 13 fireplaces, the Mystery Castle at South Mountain is a longtime Phoenix landmark that has drawn visitors from around the world. But the nearly century-old castle is closing for tours March 10-13 after a serious case of vandalism.

Police say the extensive damage was discovered the morning of March 6. Pictures on the department's Facebook page show doors off the hinges, broken windows and items scattered.

“This place was built in the 1930s. It’s a part of our history in this city. And some of these windows that were broken cannot be replaced in this day and age, so this is just, a, you know, really sad thing to occur. There’s no reason for this vandalism," Phoenix police Sgt. Ann Justus said.

The eclectic structure was built by Boyce Gulley for his daughter, Mary Lou. The tri-level castle near 7th Street and Dobbins Road is made of cement, rocks, adobe, glass and other recycled materials.

Justus says the damage may exceed $100,000. Police are asking the public for any information that could lead to an arrest.