Employees at a Starbucks in suburban Phoenix voted Friday to form a union, becoming the first store outside New York to organize.

Several workers from a Mesa Starbucks store cheered and hugged at a local union hall after the results came in. Workers were overwhelmingly in favor of unionizing. Out of 28 ballots turned in, only three voted no. Forty-three in total were mailed out, organizers said.

“The way that we smoked them with how many we got — yeses — that really shows that this is really a movement for people and we just want what is kind of an inalienable right for people,” said Liz Alanna, a shift supervisor at the store. “It feels good what we were fighting for, everybody wanted.” 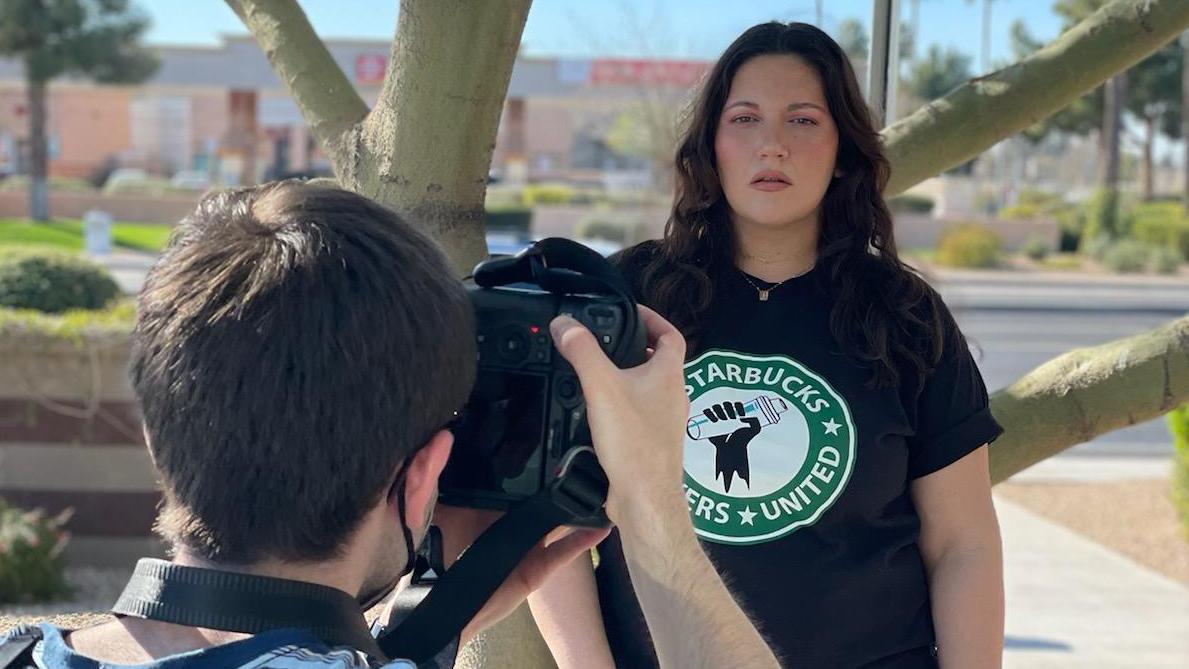 Starbucks “will respect the process and will bargain in good faith,” spokesman Reggie Borges said in an email.

“We hope that the union does the same,” he added.

Originally scheduled for last week, the election was postponed after Starbucks filed a request for a review with the Washington, D.C.-based National Labor Relations Board.

The Seattle-based coffee giant argued that a single store should not be allowed to hold a vote. Instead, a vote should include all the locations in that store's assigned district.

The labor board denied the request, saying it did not see any issues.

The Starbucks in Mesa is now the first to unionize outside of Buffalo, New York, where organizing efforts first took off.

Over 65 stores in 20 states have filed petitions with the labor board to hold union elections since two in Buffalo unionized in the last few months, according to labor union Workers United.

Starbucks officials have spoken against unionizing, asserting the company functions best when it can work directly with its employees. Some workers have disputed that claim.

Efforts to form unions have led to tense conflict. Earlier this month, seven Starbucks workers were fired after spearheading a union campaign in Memphis, Tennessee. The company said they violated policy by reopening a store after closing time, inviting non-employees inside and doing TV interviews from there.

Employees countered that Starbucks was retaliating and said they planned to file a complaint with the National Labor Relations Board.

After decades of decline, unions have become a popular strategy. Multiple polls show union approval is high — and growing — among younger workers. U.S. union membership levels are ticking upward for workers between 25 and 34, even as they decline among other age groups, according to the federal Bureau of Labor Statistics.

Alanna joined The Show on Wednesday to talk about why her store voted to unionize and how the pandemic played a role.