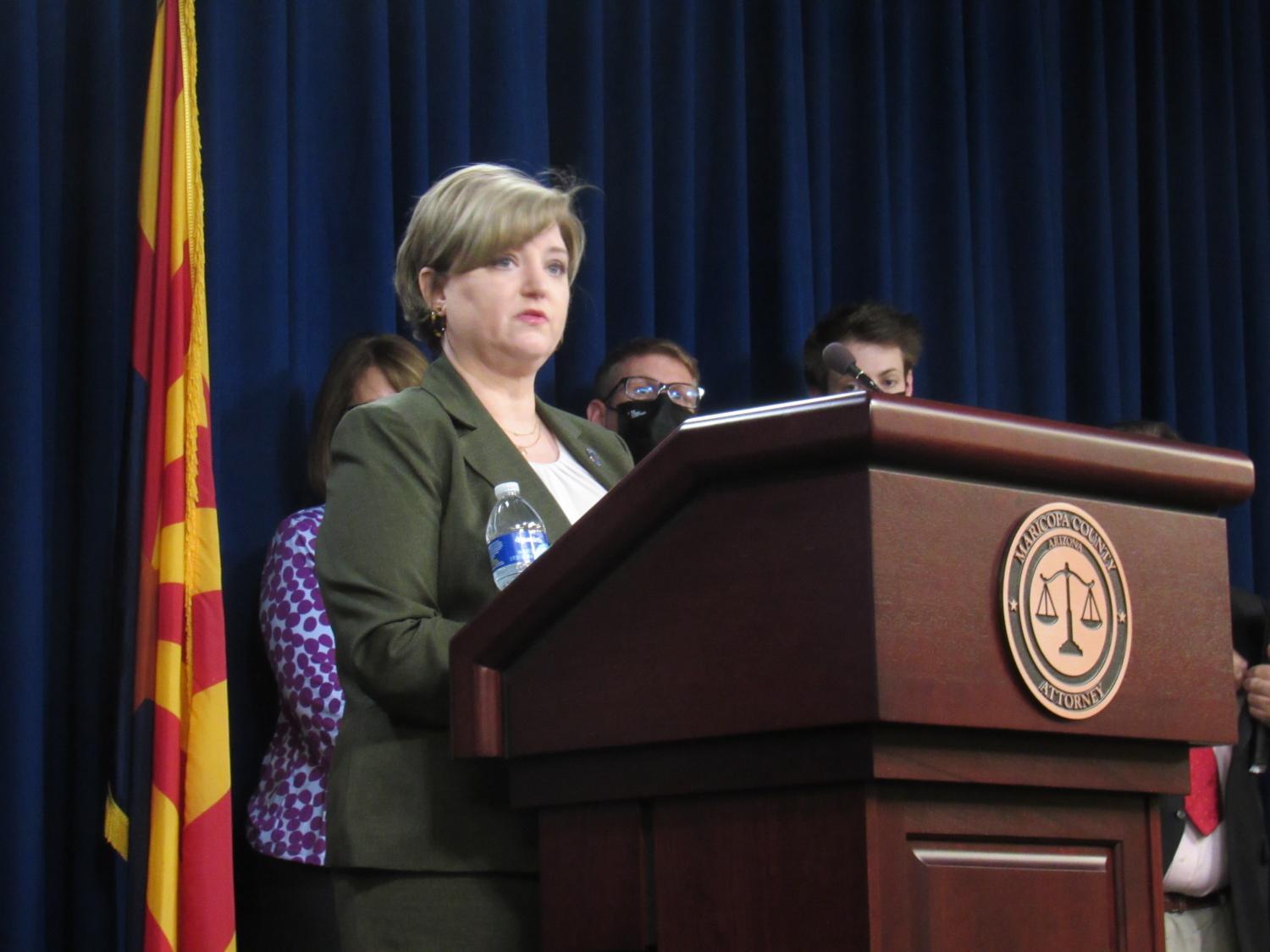 Negative publicity during a rough February for Maricopa County’s top prosecutor was punctuated by several of her own division chiefs saying she must resign.

A reply sent Tuesday tells them to quit, if their lack of confidence in Allister Adel means they can’t do their jobs.

Her sobriety and reasons for missing work since leaving rehab have been questioned in a series of Arizona Republic articles this month. The reports quote members of the Board of Supervisors, former County Attorney Rick Romley and defense lawyers in death penalty cases.

This is the latest in the ongoing controversy surrounding Adel, including allegations that she’s absent from the job and, at times, under the influence of alcohol on the job.

Five division chiefs within the Maricopa County Attorney’s Office also signed a letter to Adel saying she should resign.

Adel’s reply says she answers to voters and has done nothing unethical. The letter denies Adel practiced law while drinking and that a relapse played a role in her missing work.

Hank Stephenson of Arizona Agenda joined That Show to talk about this latest letter and what it mean.

Hear Hank Stephenson with host Mark Brodie on The Show