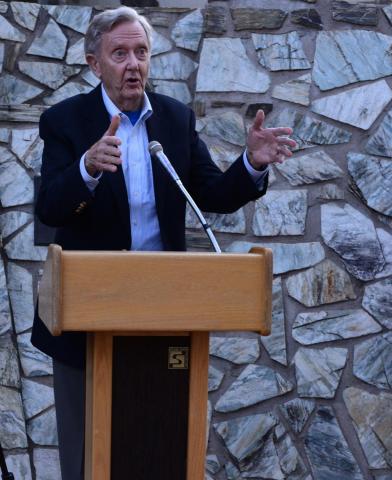 Babbitt was back at the state Capitol on Tuesday to support similar legislation for rural counties.

Groundwater in Arizona’s most populated areas is heavily regulated. But in rural areas it is not, and after 20 years of record-breaking drought, that has policy makers concerned.

Babbitt said that regulating urban water use was a good first step that took months of bipartisan negotiations.

“At the time, it didn’t seem so urgent to deal with the other 10 or 11 counties," Babbitt said. "For better or for worse, we said, ‘we’ve got time.’ Now I’ve got to tell you that I didn’t imagine that having time meant that we would do nothing for 42 years."

Babbitt, who served as Bill Clinton’s Interior secretary, made the appearance in support of House Bill 2661, a groundwater bill proposed by state representative Regina Cobb.