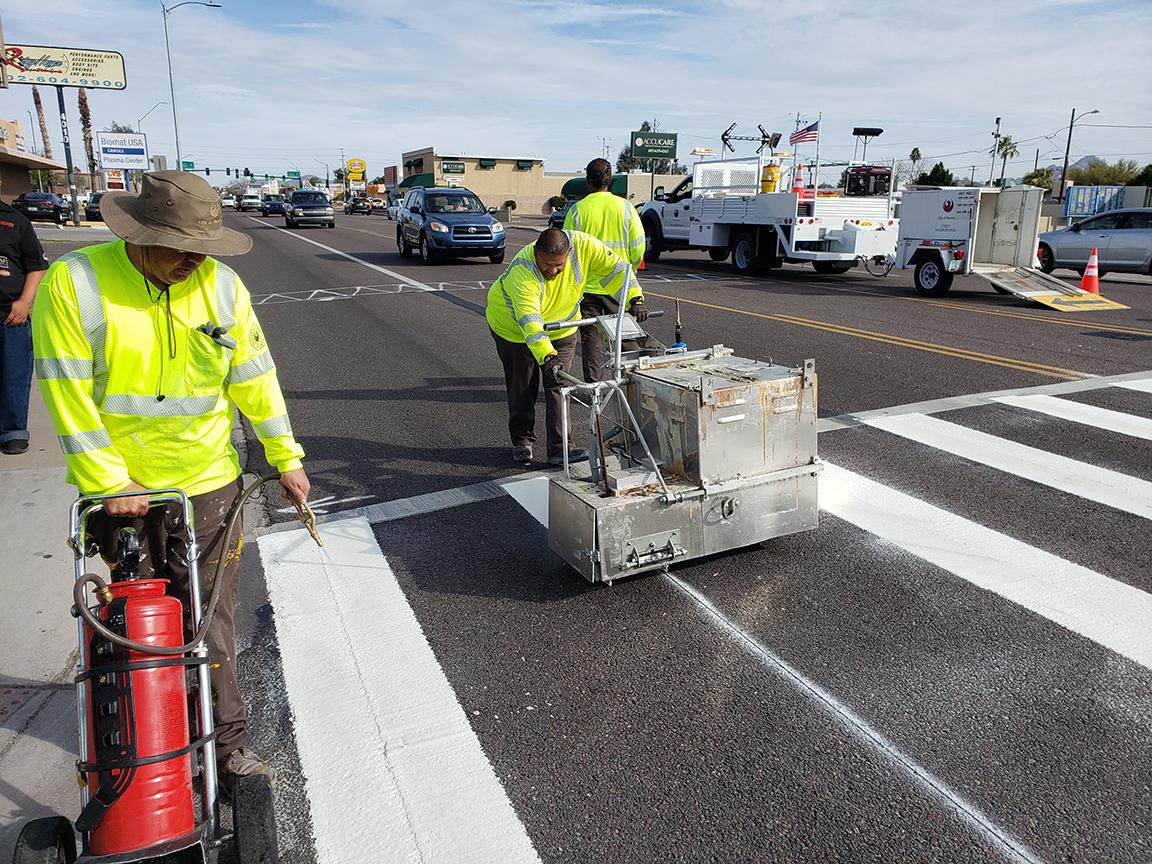 The Phoenix City Council recently voted to adopt a roadway strategy known as Vision Zero. The move is expected to better position Phoenix to get more federal funding.

The Bipartisan Infrastructure Law includes at least $5 billion for communities to advance Vision Zero. That means prioritizing safety so deaths and severe injuries are eliminated.

“It’s not just a snappy slogan,” said Councilwoman Yassamin Ansari. “Along with our roadway safety action plan, it will save lives.”

But Councilmembers Sal DiCiccio and Jim Waring cited several examples of pedestrians crossing against the light or mid-block.

“I saw three, including one in a wheelchair, in the middle of Bell road in the middle of the day and you’re not by a light and something happens — you’re kind of responsible for that, in part,” Waring said. “Now, in case anybody’s noticed, the driving is also horrific. So you’re taking your life in your hands when you’re doing that. … At some point, you just got to, I guess accept that, I guess people are just going to behave that way and you’re going to have some tragedies.”

“Until we start addressing that, we are going to see more and more people die on our streets and we’re going to see the victims of this be the people that are driving the car and they're going to be traumatized, those individuals for the rest of their lives,” DiCiccio said.

DiCiccio said Phoenix should extend the length of yellow lights.

“Other cities have believed in it and they’ve moved forward,” he said. “What I find astounding and shocking is how the city of Phoenix has refused and dug in their heels while people are dying at our intersections. We could easily do a test on this and then monitor that test and see how it goes.”

Kini Knudson, the city’s street transportation director, said there’s no data to support claims that longer yellow lights are safer. He told the council yellow lights are timed adequately and appropriately and offered to discuss the issue further with individual council members or small groups.