6 months after evacuation, an Afghan refugee family is still trying to reunite in Tucson 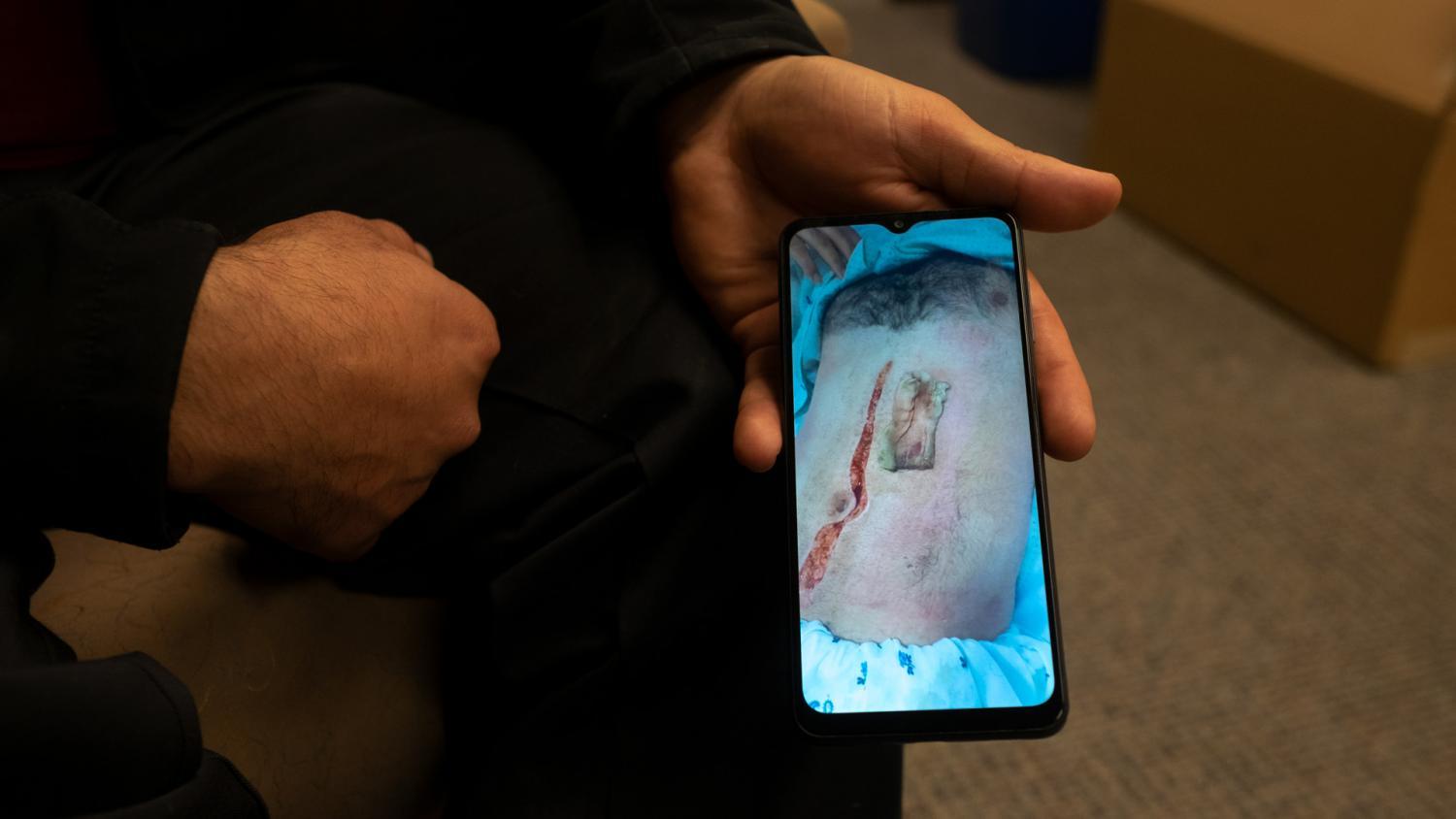 Alisa Reznick/KJZZ
Ahmad Naem Wakili shows an image of his injuries following a shooting attack in Kabul that happened just weeks before he was evacuated from Afghanistan.

He's swiping through photos of her and his wife on his phone. She’s 2, with a mop of curly hair and big, blue-green eyes like her mom.

Wakili is an Afghan refugee who arrived in Tucson last year. He's one of tens of thousands of Afghans evacuated from their country by the U.S. in August after the country’s government fell and U.S. troops withdrew.

Since then, he's talked with his wife and daughter on WhatsApp as often as the time difference allows. But he hasn’t seen them in almost a year.

Back in Afghanistan, he was an assistant judge there in a court at the Bagram Air Base outside Kabul, where he adjudicated terrorism and security cases involving members of ISIS-K, al-Qaida and the Taliban.

The work almost killed him. A rocket hit his car a few years back, then, weeks before he was evacuated, he survived a shooting attack that left him with one kidney.

In photos of his recovery, he's lying in a hospital bed, his face covered in dark bruises and his eyes swollen shut. Attacks like those are why Wakili wanted his wife to live outside Afghanistan. He says his work at the air base meant it just wasn’t safe for her there. She moved to Turkey a few years ago and gave birth to their daughter.

Now, the two of them are stuck there, a bureaucratic quagmire standing in the way of their journey to reunite with Wakili in Tucson. Six months since the evacuation effort, more than 71,000 Afghan refugees are resettling in cities across the U.S. But families like Wakili's remain apart with no clear path forward.

Tucson City Council member Steve Kozachik has been trying to get the word out about Wakili's case.

"Somewhere in here I’ve got the full package, but it’s like pages and pages long," he said, scanning a long list of emails about Wakili one afternoon in his office.

Kozachik met Wakili last October and asked him to be the judge to do his swearing-in ceremony for city council.

"I thought, here’s a guy, who’s an Afghan refugee, he’s been here for two months and already participating in our democratic process, and found out about his wife and daughter still stuck in Turkey and so we said 'let’s get them reunited,'" he said.

Since then, Kozachik has reached out to agencies across the U.S. to get the pair to Tucson. It hasn’t happened yet.

"Two congressional offices, one senator’s office, State Department," he said. "The only piece of good news is they’re on a list." 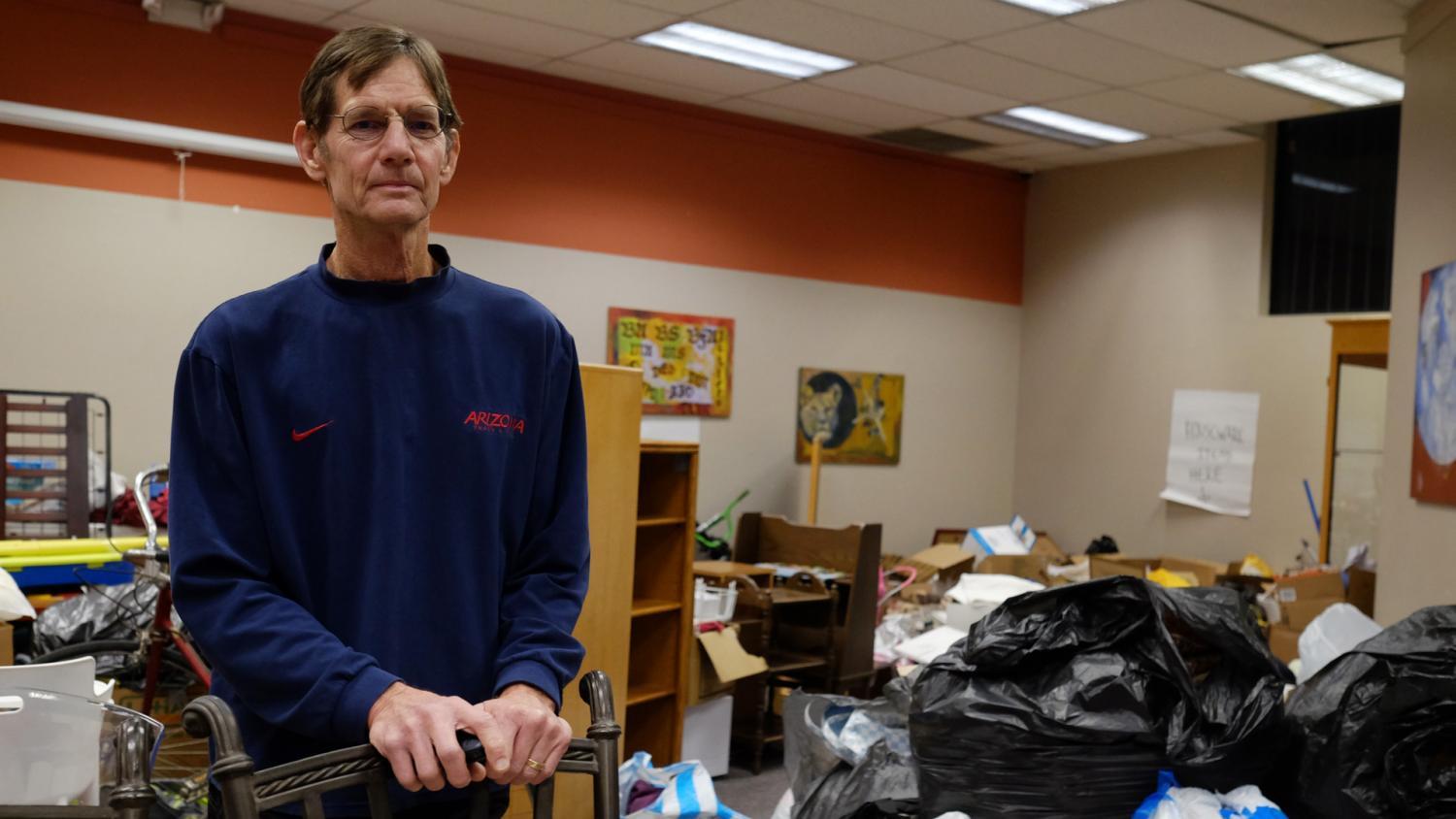 It’s the status he and other Afghans were granted automatically after the evacuation. But U.S. Citizenship and Immigration Services, or USCIS, has rejected his wife and daughter’s applications twice, citing payment issues. At $575 per person, Kozachik says the application fee alone can prevent people from trying.

"There is never an answer," he said.

Sunil Varghese with the refugee resettlement group International Refugee Assistance Project, or IRAP, says one avenue for refugees is a Special Immigrant Visa, known as a SIV. It’s a status given to people in Afghanistan and Iraq who worked with the U.S. government and suffered serious harm as a result.

DHS says more than 36,000 Afghans are applying for those visas or are expected to begin soon. Varghese says it's supposed to take nine months, but in reality, applicants go through extensive background checks on employment history, family history and security vetting that can take years.

"You know, common sense might suggest we would be aware of people who worked for or on behalf of the United States. But that’s not the case," he said.

Meanwhile, Afghans like Wakili only have humanitarian parole for two years.

"After that date, the person might be in the U.S. without any lawful immigration status and might need to go back to Afghanistan," Varghese said. "And right now, the U.S. doesn’t have a plan, other than having all those other people apply for asylum."

A spokesperson with USCIS said the agency usually receives less than 2,000 humanitarian parole requests in a year. But since last July, it's received more than 40,000 from Afghans alone. Some 930 have already been denied.

"I’m in the U.S., my brother and sister they’re in Pakistan, my mother and father they’re in Afghanistan, and my wife and daughter, they’re in Turkey," he said. "It's one family."

Wakili keeps a photo of him and his wife taken in Turkey last summer. They’re standing in the airport with their arms around each other before he boards his plane back to Afghanistan.

It was the last time they saw each other.

He’s working with an immigration attorney now to find out what options he has to get them here and make sure they can all stay. But he says he doesn’t mind where they end up, Arizona, California, any other state, they just need to be there together.

EDITOR'S NOTE: The story has been updated to correct the type of group International Refugee Assistance Project is.