COVID-19 is becoming endemic, but that doesn't mean it's over 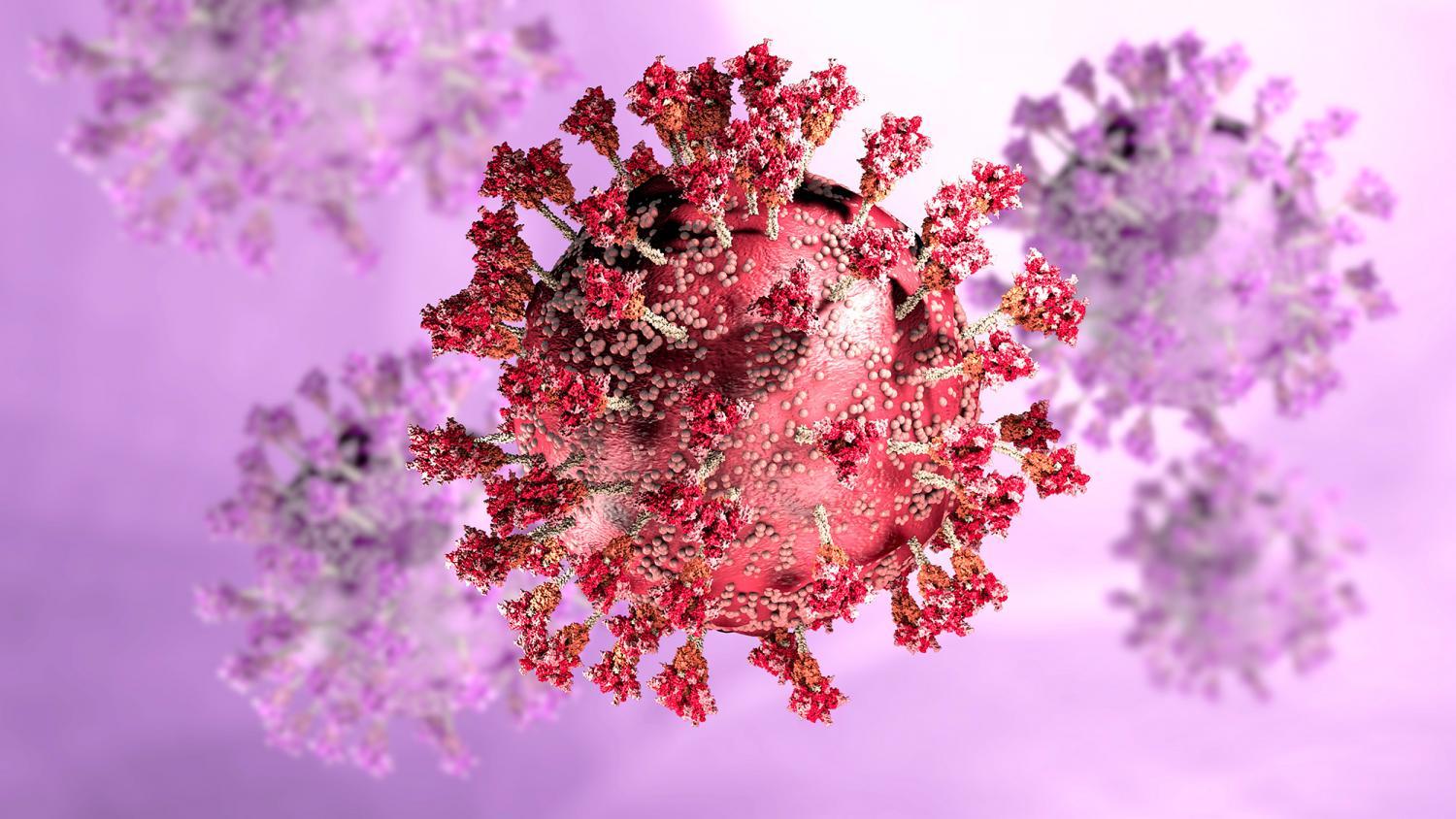 In this time of COVID-19 fatigue, many look forward to the virus becoming endemic, as though endemicity meant crossing a finish line.

Really, it might mark start of a new marathon — albeit one with more rest stops.

“At the moment, we don't know what endemicity is, what exactly endemicity is going to look like. And I think all the indications are that it's likely to be mild. But we won't know for certain until we're further along and we've got more data,” said Emory University biologist Rustom Antia, who co-authored a paper on transitioning to endemicity in the journal Immunity.

Endemicity means different things to different people. To some pundits, it’s the day — perpetually just around the corner — when people can learn to stop worrying and live with the bug.

To epidemiologists, it’s merely when a disease is present and doesn’t need outside help to spread.

“So, using that definition, COVID-19 has basically been endemic in the United States since spring of 2020,” said Matthew Ferrari, director of the Center for Infectious Disease Dynamics at Penn State University.

“The disease has established itself in the population and is relatively stable. That doesn't mean it's exactly the same all the time,” said Antia.

“It can be really minimal levels of disease, or it can be even fairly high levels. But it’s at least a bit more predictable, or has predictable cycles — a seasonality to it, like our cold and flu season,” said David Engelthaler, director of TGen’s infectious disease wing in Flagstaff. 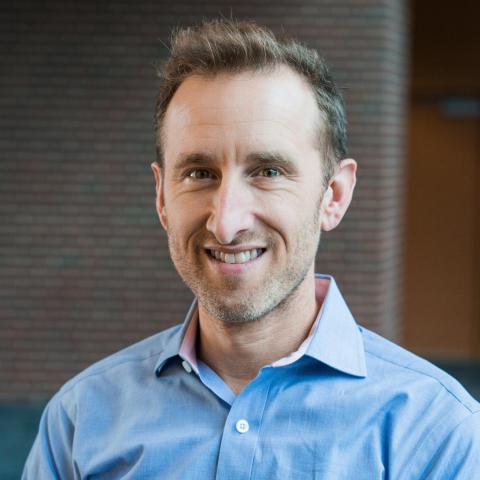 Even a predictably fluctuating virus would mark a distinct improvement over feeling perpetually wrong-footed by COVID-19.

“We can plan staffing for hospitals, we can plan supply chains for medicines and other infrastructure elements,” said Ferrari.

That said, there’s no thesaurus in which endemic is a synonym for “not dangerous.”

“Endemic is present and predictable. It doesn't tell you whether or not it's good or bad,” said Ferrari.

Antia agreed, as did Engelthaler.

“Influenza is an endemic pathogen. We see influenza every year. It's pretty predictable, yet it still kills 35-50,000 Americans every year, and obviously many, many more worldwide,” he said.

Engelthaler added that a global perspective is crucial; a virus unchecked anywhere can become a threat everywhere.

“Globally, we can't just think about what's just in our own backyard,” he said.

“One of the important things that we knew before this pandemic, and we probably still didn't put enough emphasis on, is that infectious diseases are a human problem. And given our globalized society, it is a globally human problem,” he added.

What’s more, Ferrari says “living with” a disease is a luxury reserved for developed countries, where HIV is medicated and tuberculosis, measles and malaria — all endemic diseases — don’t kill hundreds of thousands each year.

“Most of the infectious diseases that we deal with on a day-to-day basis in the United States are not that consequential and they can be dealt with,” said Ferrari.

He added the same holds true for refusing vaccines.

“We’re talking about 25 to 30%, of people digging their heels in not getting vaccinated. But access to this vaccine globally is grossly inequitable, and there are lots of people around the world who haven't yet even had the opportunity to get vaccinated but would like to,” he said.

“You have to have a large amount of immunity throughout your population in order then for that virus not to continue to cause just massive outbreak after massive outbreak,” said Engelthaler.

Experts agree we’ll get there, though the spread of misinformation and distrust in experts and vaccines slows the process.

But scientists lack the data — or crystal balls — to predict what comes after.

“Even scientists don't like that answer. We'd all like to know what's going to happen. But at least, I’m certain that I don’t know,” said Antia.

Partly, that’s because endemicity depends on numerous factors, like a person’s age of exposure or vaccination, the variant’s infectiousness, and how immunity and protection wane over time.

“The immunity that we get it comes in a couple of different forms. One is the antibodies that we develop, which is that frontline immunity, and then there's the cellular immunity, which is really what prevents an infection from becoming a serious disease,” said Engelthaler.

Respiratory infections like COVID-19 are notorious for mutating and evading immunity.

“To some extent, that's what's going on with influenza, where we get seasonal outbreaks and every few years we have to update the vaccine,” said Antia.

“There's no doubt in my mind that by the time we all are going to need a next round of this — come Fall, most likely — it’ll be updated with the most recent variants that are out there and provide us the most protection against the viruses that are circulating, much like we do with influenza every year,” he said.

What endemicity looks like also hinges on which safeguards societies adopt.

“There are really important cultural and behavioral components to what the world looks like in that endemic state,” said Ferrari.

Other endemic diseases have prompted such adaptations, from mosquito nets in countries with malaria to the post-HIV push for safe sex.

“We've actually had cultural change to sort of affect the scale of transmission that occurs,” said Ferrari.

So, if society won’t return to the old normal, will it retain some aspects of the ever-changing new normal? Will people still work remotely? Use teledoc visits? Stay home when sick?

“For years, we've all been going to work when we've been ill, particularly low-income folks that really need that hourly wage. And we're realizing now that actually there's a downside to society, and there’s even just a downside to that company,” said Ferrari.

It seems a safe bet folks will no longer need to mask up and hunker down. But they will need to get their annual COVID-19 shots to protect those most at risk.

“We also want to protect them by getting vaccinated ourselves and staying immunized so that we have a much lower risk of transmitting to them, even as we feel like we're in kind of a normal endemic state,” said Engelthaler.

“It is something that we're going to continue to deal with. And it's going to be serious. But flu is serious. So we really should take infectious diseases maybe a bit more seriously than we have in the past,” he said.

But Ferrari said true resilience will depend on creating policies and frameworks needed to mount a faster, more agile response to future crises.

“One of my biggest concerns about preparedness, planning and policy that we might put in place for the next pandemic is that we may set all those policies to prepare ourselves for the pandemic we just had, not for the pandemic that might happen in the future,” he said.

So however we get there, our endemic future will hinge on developing a newfound acceptance of what is, and having the political will and follow-through to prepare for what’s to come.