Crazy, scary and sad: Arizona students on what it's been like being a kid through the pandemic

March 16, 2022, marks two years since Arizona officials began closing schools statewide — first on a temporary basis and then for the rest of that school year. Six Arizona students shared with KJZZ how COVID-19 has impacted their lives and how living in a pandemic for two years has changed them.

In Arizona, schools announced closures one by one until Gov. Doug Ducey and state Superintendent of Public Instruction Kathy Hoffman decided to close down all Arizona public schools from March 16-27, 2020. Two weeks later, following federal guidance, they decided to keep schools closed through the end of the 2019-20 school year.

Some schools like Rio Rico High School near the Arizona-Mexico border opted to finish out the academic year remotely.

“I was like, ‘Oh my god. This is crazy,’” said Rio Rico High School junior Andrea Verdugo when she heard the news.

The closures instantly cut students off from spending time in person with their friends and the normal day-to-day activities like clubs and sports that they were used to. 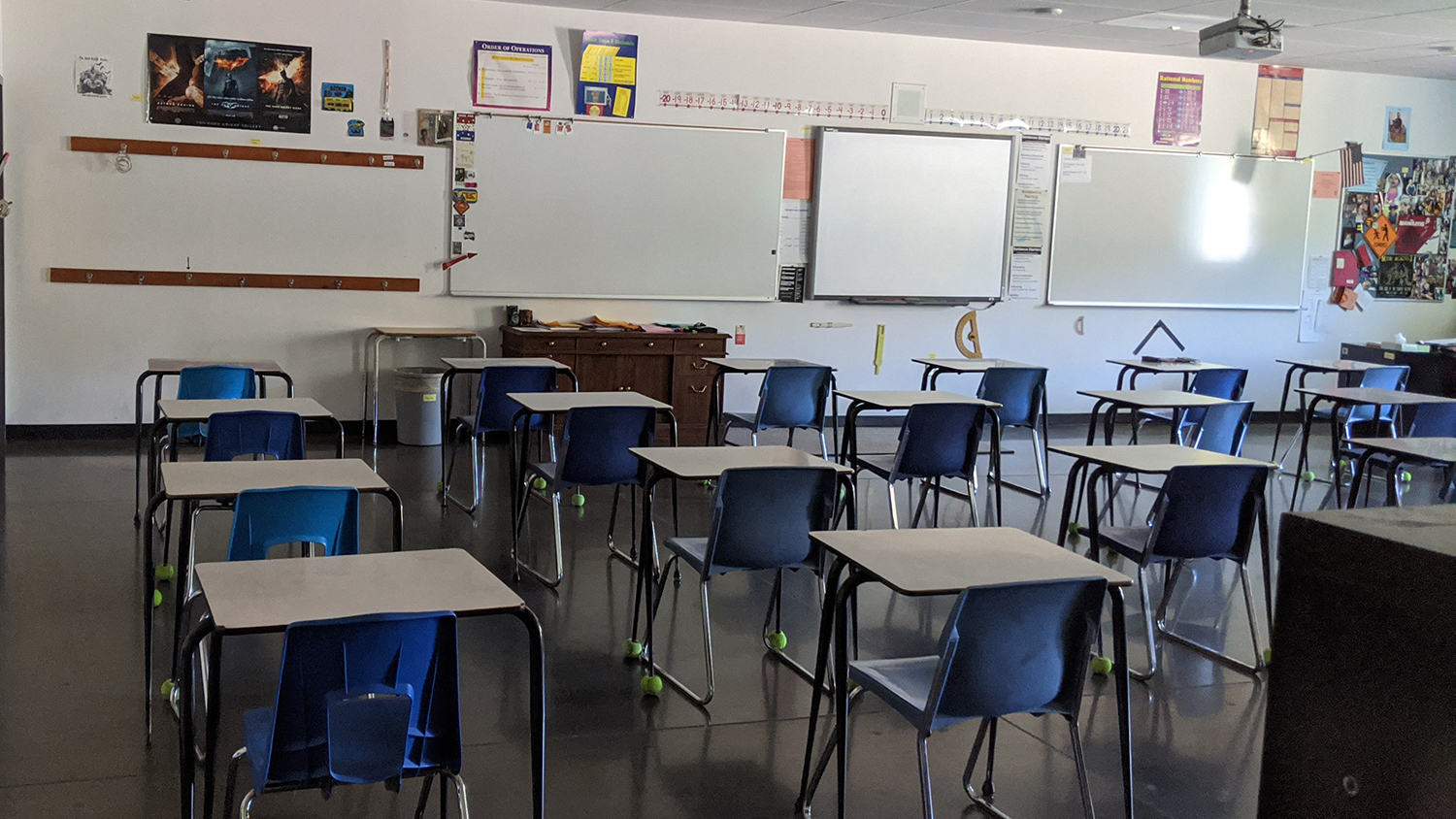 An empty classroom at a school in Phoenix in 2020. Sky Schaudt/KJZZ

“I felt a little sad because I really liked that school. It was fun,” said Phoenix fourth-grader Ava Rivera of the school she went to before the pandemic, Tavan Elementary. “I had two best friends there.”

COVID-19 has continued to impact schools since. Last school year, some districts opted to stay remote for most of the year, or offered a combination of online and in-person learning to limit the spread of COVID-19.

Adjusting to this new way of learning was difficult for Yuma high school senior Isaac Navarrete.

“It really felt like we weren't learning the things that we were supposed to and there was a lot of leniency,” he said.

Lessons in perseverance and gratitude 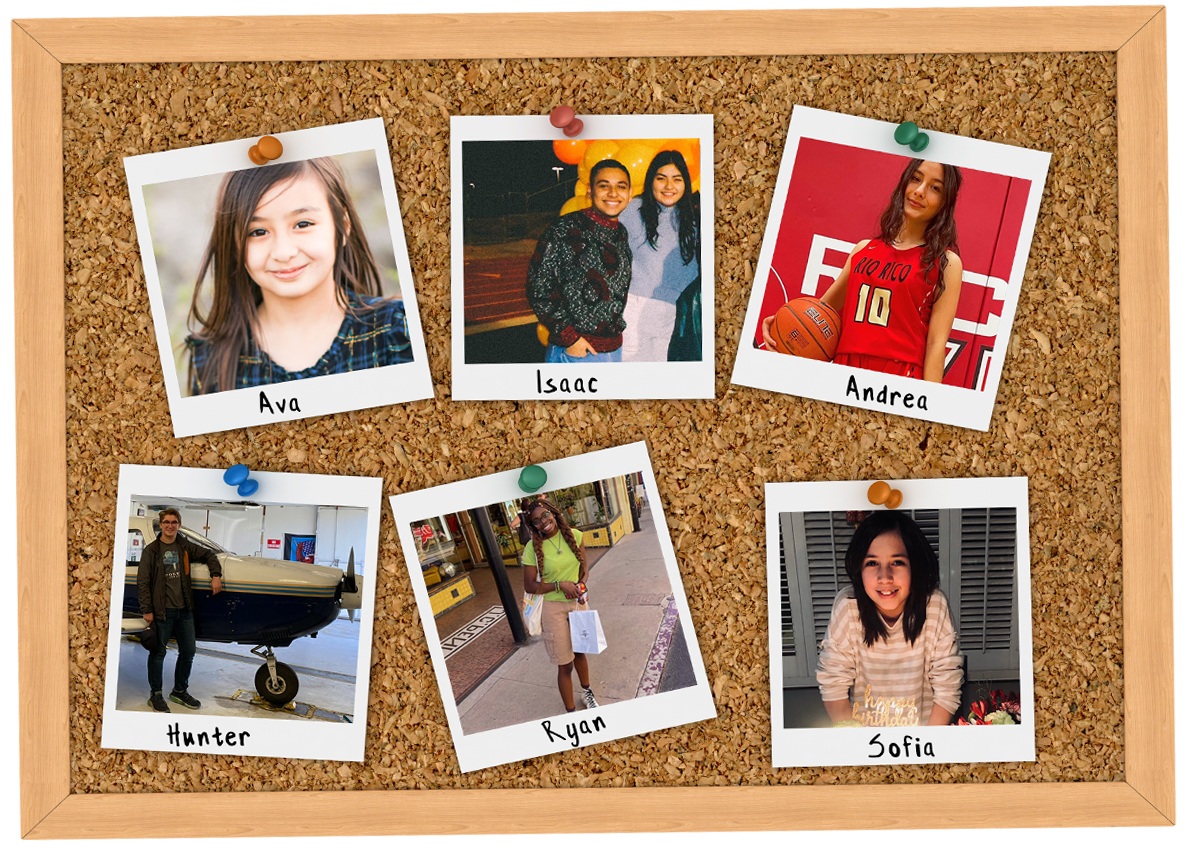 KJZZ interviewed six students across Arizona to learn about what life has been like for them since March 2020.

Students told KJZZ the past two years have been a tumultuous time not only academically, but personally due to racial tensions that have escalated during this time.

But the students say the past two years have also taught them life lessons about perseverance and gratitude.

Big sister Sofia, 12, was in fifth grade and her little sister was in second grade when COVID-19 first began. After their school closed down, Ava, 9, felt sad because she had fun at school and had to make close friends there. Both sisters opted for remote learning for the 2020-21 school year. Sofia struggled with online learning, she said, because of technology issues. Meanwhile, Ava said she enjoyed her online experience and thought it was “pretty fun.”

COVID-19 has also been personally challenging for their Hispanic-Vietnamese family. The pandemic also brought on an increase of anti-Asian racism and xenophobia with some blaming the outbreak on Asians or people of Asian descent. Sofia witnessed one such incident in which her mother was harassed outside a store.

After the incident, Sofia felt shocked, and sad for others that experienced something similar.

This school year, the girls are going to school in person at Ingleside Middle School and Echo Canyon School in Phoenix. They’re looking forward to making new friends and eventually they hope to have birthday parties and sleepovers.

Ryan, 16, was a high school freshman when COVID-19 broke out. Her school finished the rest of the academic year online, and continued with remote learning into the beginning of the 2020-21 school year, until finally it allowed students to return to class in person. Ryan opted to stay online a little longer for fear of putting her parents, who are at-risk for COVID-19, in danger. When she eventually went back, Ryan said she was happy to see her friends and socialize at school again.

Another major event that has impacted Ryan’s life these past two years was the 2020 murder of George Floyd, an African American man, by a white Minnesota police officer. As an African American girl, she said the incident affected her deeply, and it’s heartbreaking that she and her cousins have been told by their family members that they need to be careful so something similar won’t happen to them.

Ryan is now a junior at Casteel High School in Chandler and secretary of her school’s new Black Student Union club. She’s looking forward to going to prom this year, and soon becoming a senior.

When schools first announced they would be canceling in-person classes due to the COVID-19 outbreak in March 2020, Hunter, now 16, said he reacted the way he thinks most kids reacted at the time.

“I was thinking what probably every other kid in the country was saying, which is, 'All right, two weeks off. That's fantastic. Let's go.’”

For Hunter, the first few weeks of distance learning were easy since his classes for his freshman year weren’t difficult. But school became harder his sophomore year when he started taking Advanced Placement courses and classes weren’t completely in person.

Outside of school, Hunter has spent the past two years pursuing “passion projects.” Two of his recent accomplishments include obtaining his private pilot’s license, and successfully petitioning his school alongside his peers to hire a full-time mental health counselor. Hunter and his peers were inspired to start the petition after the unexpected death of a friend and a fellow student.

Hunter is now in his junior year and serves as the first student member of Sedona-Oak Creek Unified School District’s governing board.

Andrea, 17, was a freshman when COVID-19 broke out. At first, she said she was excited to get more time off school, but her excitement later faded when she realized the school closure was going to last longer than anyone expected. In the meantime, her school conducted classes remotely, but Andrea said she and other students struggled with this mode because of internet issues.

This school year, Andrea, now a junior, is going to school in person. She’s looking forward to finishing her basketball season, playing softball, having a winter formal and eventually going to prom.

Isaac, now 18, was having a busy and fun-filled sophomore year when COVID started. He had a hard time after his school closed because he couldn’t see his friends. Remote learning wasn’t not easy for Isaac either. He struggled to find motivation and had a difficult time grasping information. This year, most students at his school are back in person, and some things have gone back to normal. As student body president, Isaac is hoping to bring back more traditional high school experiences such as tailgate.

While the two years of the pandemic haven’t been easy, Isaac said it has given him time to explore interests outside of school and think about what he wants to do in life after high school.