Staffing shortages exist outside of nursing homes, and it's hurting older adults

Download mp3 (7.09 MB)
Coverage of aging is supported in part by AARP Arizona 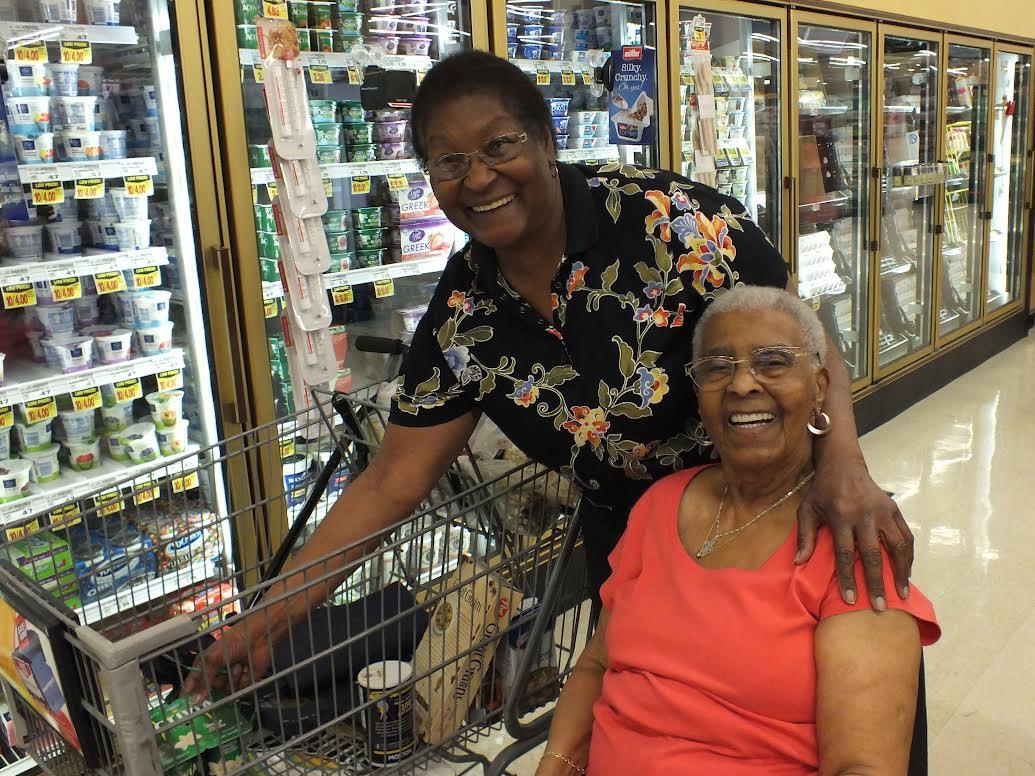 Duet Partners in Health and Aging
Hiring paid caregivers can be very expensive and some older adults rely on volunteers for help. Duet hosts training for volunteers but it is becoming harder to recruit new volunteers due to the pandemic.

As Arizonans age, there’s data showing that they, along with most older Americans, want to age at home. But studies also show many will need some type of long-term service or support at some point — if not already. But just like in nursing homes, organizations that help older adults age in place are facing severe staffing shortages.

After 31 years of supporting older adults, Mary Beals-Luedtka says the last two years have been the toughest of her career.

"I think right now we're really suffering with the lack of workforce," she says. "I think that's our No. 1 issue."

Beals-Luedtka is the Area Agency on Aging director for the Northern Arizona Council of Governments. Her job is to manage a team of social workers and support staff who assess and coordinate in-home care for older, homebound seniors living in rural Arizona.

Her organization also subcontracts with agencies that hire caregivers who go into the home.

"For instance, personal care, attendant care, housekeeping, those kinds of things," she said.

But these days, Beals-Luedtka and her team are running on fumes.

"We've been given generous amounts of dollars from the government, both federal and state, but you have to have staff to spend those dollars," she said.

She’s down 10 positions, but it’s not just staffing within her department. Those subcontractors can’t find caregivers, either.

Staffing is also an issue for Jude Tarris. He’s the founder of Valley of the Sun Homecare, which provides private pay caregiving in the home. He says hiring has always been tough. "But boy, I would be so happy to go back to that sort of toughness of hiring at that time, because it is nothing compared to what it's like now," he says.

Before the pandemic, Tarris says they might schedule 10 interviews and only six or seven people would show up. "Where now, only three or four show up."

On top of it Tarris says they’ve seen a 30% increase in calls from people needing help.

"We have to turn people away because not only do we not have enough people, we're not able to hire as many as you used to. ... So it just kind of collides together and makes it really difficult and challenging and frustrating," Tarris said. 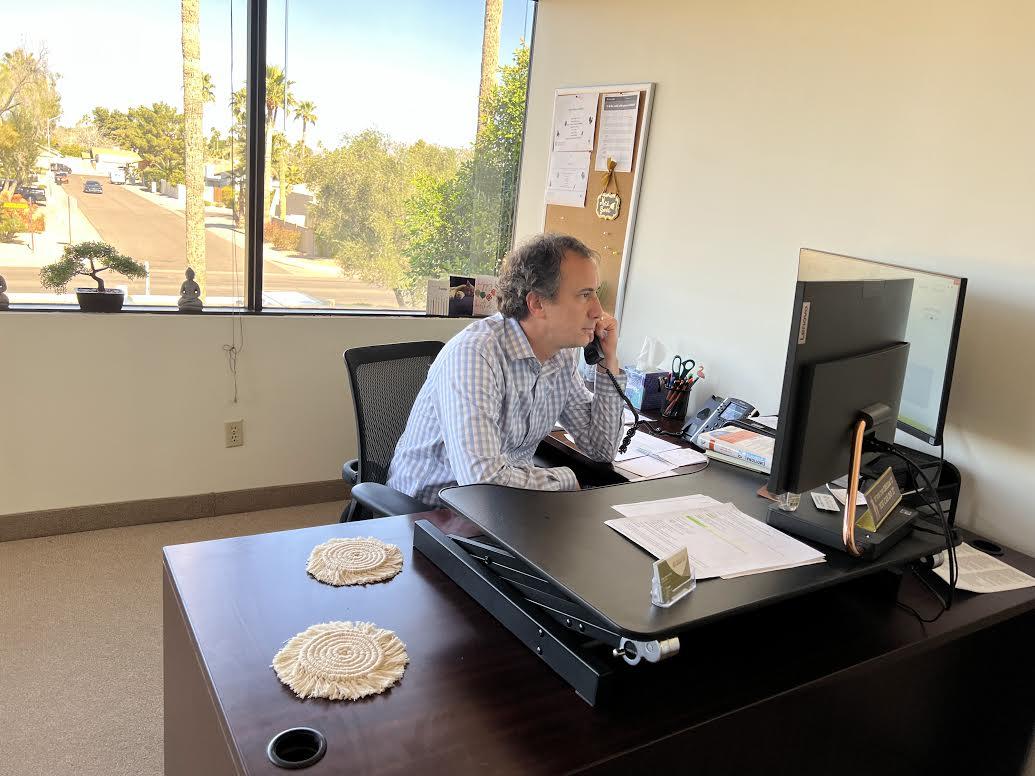 Valley of the Sun Homecare
Many of the caregivers who work for Jude Tarris support older adults with activities of daily living such as dressing, bathing and toileting. And if a caregiver tests positive for COVID-19, Tarris has to immediately find someone to cover a shift.

Volunteers who support older adults are also in short supply. Wendy Cohen is the senior director for services at Duet, a nonprofit organization that helps homebound seniors stay in their homes for as long as possible.

"We have 70 homebound adults on our waiting list for services, which is the highest it's been in a couple of years," Cohen said.

And Cohen is in the same boat as Beals-Luedtka and Tarris.

Some stepped away because of COVID-19; others, she said, are snowbirds who haven’t come back to Arizona. Cohen says many homebound seniors are now at a crisis point.

"They are just desperate for help to stay living independently as long as they can. They really are lonely. They need help getting their medication and their groceries. They want to be able to get out."

Meanwhile Tarris and Beals-Luedkta, who rely on people to do the actual hands-on homecare, have had to up their hourly rates during the pandemic.

"Because our average wage is over $15 now, so it's gone up, I think about 20% in the last six to 12 months," Tarris says. "And that actually has helped us some with our recruiting.

For Tarris, things are less stressful now than when the pandemic began, but COVID-19 still manages to create a lot of chaos. 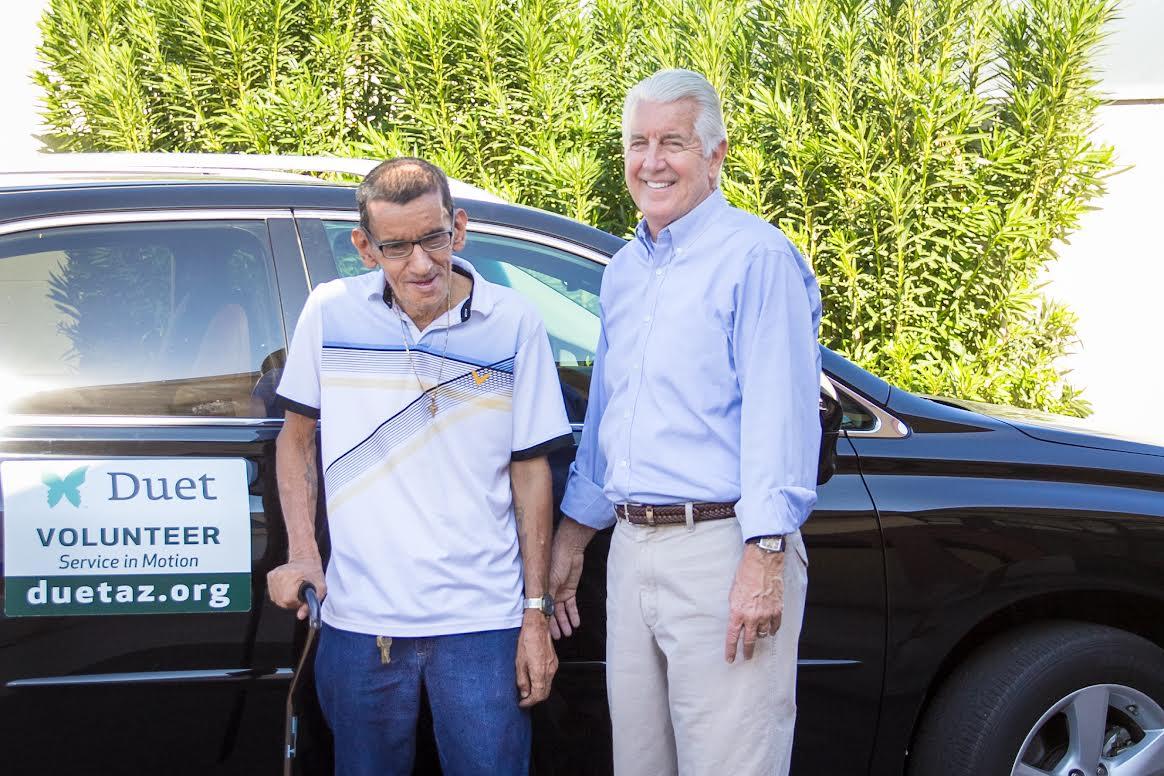 Frankie Wheeler
Duet utilizes an army of volunteers to help homebound seniors with things like transportation and food shopping. Because of COVID-19, volunteers have stepped away.

As for Beals-Luedtka, she seems especially worried about what’s to come, both for her staff and the roughly 1,700 clients they case manage.

"I think the one that we all are feeling is that decreased sense of accomplishment," she says. "It's like we're spinning our wheels a lot of times. Are we making a difference? … I had a care coordinator, she lost six clients to COVID last month. And so there’s that grief also."

The 67-year-old says this isn’t how she pictured her final years of work.

Beals-Luedtka is hopeful. though, that viable, long-term solutions — things like higher pay, better benefits and advancement opportunities — are on the horizon. And really they need to be because what’s happening now isn’t sustainable and there are millions of Americans who are not going to be able to age well without help.