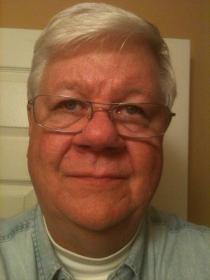 The Vietnam War ended decades years ago. Veterans from that conflict are now in their 50s and 60s, and are starting to retire. And with retirement, for some, there’s a troubling realization that they have deep wounds from the war that have never healed.

New research shows that hundreds of thousands of Vietnam vets are still suffering from the traumatic after effects of war.

It took Chuck Byers almost 40 years before he was able to think about his service in Vietnam. There was one day in particular that he tried to forget.

Byers was a combat medic known by the call sign "Big Band-Aid."

Looking at photos of himself from decades ago, he tells the story. He had 23 days left before he could go home when he got a call saying his unit was under attack. He and a fellow medic flew to the combat area and they started patching up the wounded men.

Byers was performing a tracheotomy, in the middle of a fierce firefight, when he was struck by enemy fire.

He was taken to a field hospital and stitched back together. But his fellow medic was killed during the combat. Byers wondered why was he the lucky one. He questioned why had he survived while his friend had died.

“And so I carried that guilt — for a long, long time,” Byers said.

When he came back to the states, he was only 22 years old. He didn’t have any time to comprehend what he’d gone through, and the war he’d served in was very unpopular. So he put his uniform away in a drawer and tried to forget.

By his own count, he had more than 20 jobs over the course of the next 35 years.

“Every time that I was doing really well, I’d sabotage myself, and I couldn’t understand why,” Byers said.

But it took Byers several decades to seek out an answer.

There was no such diagnosis in the late 1960s when Byers returned. But now, for many older vets, it’s all coming back, the trauma remains.

Dr. Kerri Salamanca, a clinical psychologist at the Phoenix VA, said veterans like Byers are seeking help as they age.

“Their symptoms are skyrocketing,” Salamanca said. “Work has historically been one of the ways they coped and functioned — just pushing it out of their head — keeping busy, busy, busy.”

She said the very nature of military training has kept many veterans from seeking help.

“They’re taught really good skills to be soldiers and marines and airmen to just lock all that stuff down and put it away and, you know, soldier through,” Salamanca said. “That skill keeps them from seeking care and keeps them from healing.”

Her caseload is full of Vietnam veterans like Byers that now, finally, have the time to reflect on their lives. Others come to the VA because they have no choice but to get treatment.

“That’s what we see with the PTSD,” Salamanca said. “When it gets to the point when they can no longer function, they come in for care. That’s unfortunate because if they came in sooner, we could help them get better before it becomes dysfunctional in their life.”

So as a new batch of veterans like Evan Phillips return from today’s wars, the VA is trying to get them to seek help right away.

“I definitely wouldn’t be the person I am today without the help I received from that therapist,” Phillips said.

Phillips is an intelligence analyst, now serving in the Air Force reserves. For four years, he served as an active-duty airman and he spent a year in Afghanistan.

His team flew 20,000 feet above the battlefield in a small plane providing logistics for ground forces. The trauma he experienced came from watching the horrors of war from afar — and from one specific incident that changed his life.

“We were flying a typical night mission and encountered a pretty significant storm and fell about 10,000 feet — it was probably 20 seconds of, essentially, free fall," said Phillips.

He said the experience was terrifying. Phillips’ plane landed safely, but another surveillance plane crashed shortly after. Like Byers, Phillips suffered from survivor’s guilt and the trauma of his own near death experience.

At the encouragement of the Air Force, Phillips sought counseling soon after. He learned breathing techniques that allowed him to get back on an airplane. Dealing with his fears up front is a lesson he believes will benefit him in life beyond war.

“It’s essentially the idea that these traumas that military members experience can be beneficial and can bounce people to a better life," Phillips said.

Maybe not for all veterans — but for some — what’s known as "post-traumatic growth," can finally make healing a real possibility.