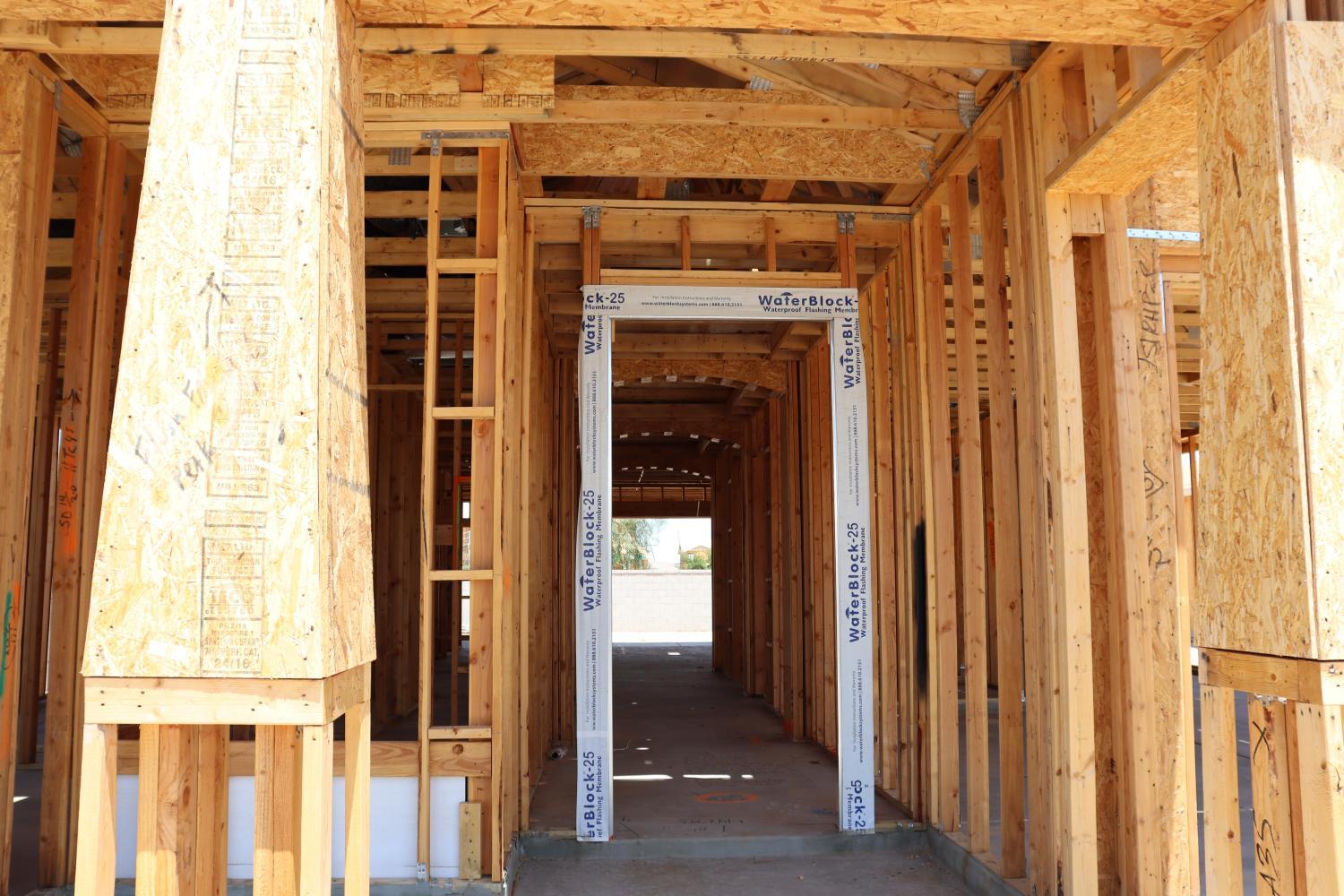 Jack Johnson/KJZZ
A home under construction in Goodyear, Arizona

Housing, utilities and transportation costs are making it more expensive for higher-wage earners to live in the metro Phoenix region.

During a Thursday webinar, the Greater Phoenix Economic Council shared the most recent cost of living index for professional and managerial household incomes in the top 20%.

Kristen Stephenson — senior vice president, research and analytics for GPEC — said the cost of living index is 100 nationally and 105.8 for Phoenix.

“We have actually passed a few of our competitor markets, like Dallas and Salt Lake; however, we are still very competitive with them, we’re only a couple points higher,” she said. “And we’re well below some of those expensive markets that we compete against such as Los Angeles, Seattle or San Francisco.”

The Council for Economic Research collects prices on consumer goods and services quarterly and bases its cost of living index on housing, utilities, grocery items, transportation, health care, and miscellaneous goods and services.

In its most recent press release, the council listed New York, Honolulu and San Francisco as the most expensive urban areas.

“Unsustainable” is how Greg Vogel, CEO of Land Advisors Organization, a national brokerage services firm based in Scottsdale, described the Valley's housing market. He said high appreciation levels can lead to long-term problems.

“We do not want to see this 20%-30% appreciation continuing in Phoenix. It’ll be something that will really damage our economic development efforts. It’ll be more costly to live, reduces lifestyle in terms of preference and obviously send people to more affordable environments,” he said.

Vogel blamed the government for causing the current housing crisis. He said many developers aren’t able to build due to permits being backed up and water supply plans not being approved.

Stephenson said the region has not only recovered all jobs lost due to the COVID-19-induced recession, but gained, especially in transportation because more distribution and logistics facilities have located here. She also reported growth in manufacturing and health care sectors.