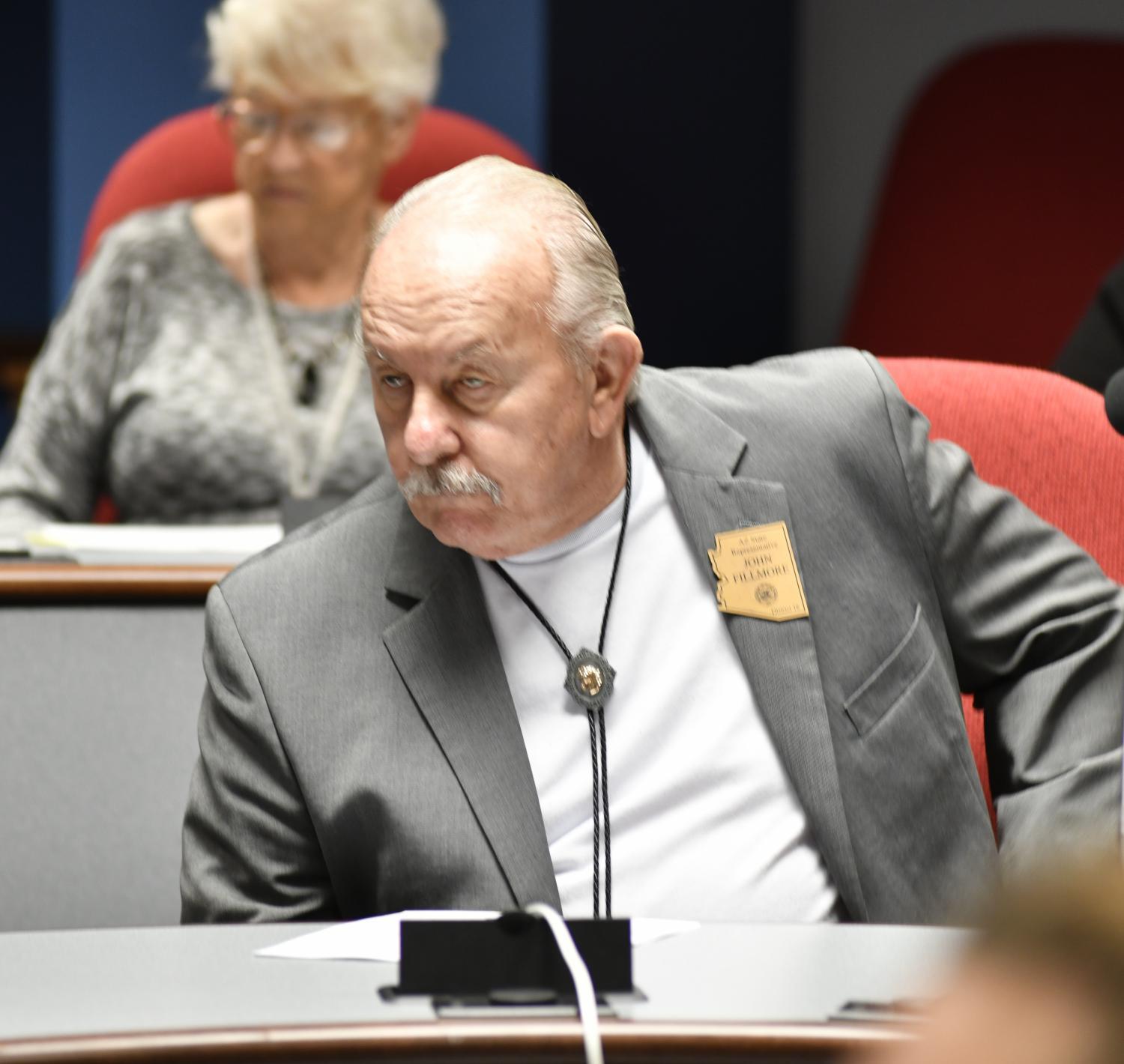 A Republican state lawmaker is proposing to give the Arizona Legislature — currently controlled by Republicans — the right to reject election returns.

Rep. John Fillmore of Apache Junction told Capitol Media Services on Wednesday that his HB 2596 simply reflects his belief that the state constitution gives lawmakers ultimate oversight of elections. And what that means, he said, is lawmakers should be able to set aside the results if they believe there was fraud or other irregularities.

But the provision expanding the power of the legislature is only part of Fillmore's 35-page rewrite of state election laws. He also wants to:

"We need to get back to 1958-style voting," Fillmore said separately during a hearing on election issues on Wednesday.

Fillmore said after the hearing that he was not suggesting returning all election laws to the way they were before things like the 1965 federal Voting Rights Act, which outlawed discriminatory practices like literacy tests.

House Minority Leader Reginald Bolding (D-Laveen) said he will not challenge Fillmore’s assertion but that such comments become "dog whistles" designed to appeal to certain groups.

And, if nothing else, Bolding said Arizonans need to pay attention to the kinds of things that are in HB 2596 and other changes to voting laws being pushed by Republicans at the Capitol under the claim that the 2020 election was somehow stolen.

"I think you have a far right wing of legislators and lawmakers who are trying to get noticed by Donald Trump," he said.

"They're trying to be part of his inner circle," Bolding continued. "And they're going to introduce the most outrageous bills they can possibly think of."

Fillmore said his proposal is not about Trump.

"This is not a President Biden thing," he said. "This is not the other red-headed guy thing."

Fillmore also said his proposal is not a part of the “‘Big Lie’” conspiracy,” though he remains convinced something was amiss with the 2020 returns.

"I believe that in 2020 we had some serious concerns that were never really responded (to)," he said, dismissing multiple reports showing there were no major instances of election fraud in 2020, here or elsewhere.

"I don't care what the press says," he said. "Everybody's lying to me."

The biggest change in HB 2596 would require the legislature to call itself into special session to review the ballot tabulating process for both the primary and general elections. More to the point, after that review it says lawmakers "shall accept or reject the election results."

But he said that a rejection would not mean that lawmakers could then decide who won, whether in presidential, statewide or even their own races. Instead, Fillmore said, rejection would allow "any qualified elector" – meaning anyone who is registered to vote – to file suit and ask a superior court judge to order a new election.

What is not spelled out in the legislation is whether lawmakers would have to reject all the election results or could simply decide that only the outcome of some of the races was suspect. What also is unsaid is whether those currently in office would remain in their positions pending court action and, if ordered, a new vote.

And if a judge refuses to issue such an order?

"Then we're just going to have to shut up and deal with it," Fillmore said.

He brushed aside questions about the fact that nothing in his bill requires that lawmakers must find fraud in order to reject the results.

"Let me ask you a question, with all due respect," he responded. "Do you think we come down here just to create havoc?”

One of the other big changes in HB 2596 is scrapping the use of machines to tally the ballots and instead of having every ballot and every race counted by hand within 24 hours at the precinct where they are cast.

This comes despite some safeguards built into election laws. Most notably, there is a requirement in every election for the ballots from a random sample of precincts to be pulled out and counted by hand and compared with the machine tally. If the numbers are within a margin of error, the results are confirmed; if not, then ever-larger samples are reviewed.

Officials in Maricopa County, where there were the arguments by some Republicans of irregularities, said the required hand count of the 2020 general election showed the machine count was accurate.

In fact, a separate court-ordered inspection of more than 1,600 Arizona ballots cast in the general election found just nine with errors in the presidential race, not enough to declare Donald Trump the winner here, even if that error rate ran through all similar ballots.

Fillmore, for his part, said he doesn't care that election officials, in general, say that machine counts are more accurate.

"I'll tell you what I know in my heart," he said. "I know that if you were the election officer and you held that election in your precinct — and those are the people that are going to be counting — I trust you."

And in an apparent effort to make the hand-count chore manageable, his legislation says that no precinct can have more than 1,500 registered voters.

By contrast, Maricopa County election officials say they now try to keep the current 748 precincts to no more than 5,000 voters. Using the 1,500 figure would require at least 1,700 precincts — more if they could not all be equally divided — for the 2.58 million voters, meaning more election workers and poll watchers.

Fillmore said, though, he has separate legislation to require the two major parties to provide people who would be observers at the polling places and watch the hand count.

Other provisions in Fillmore's legislation include: