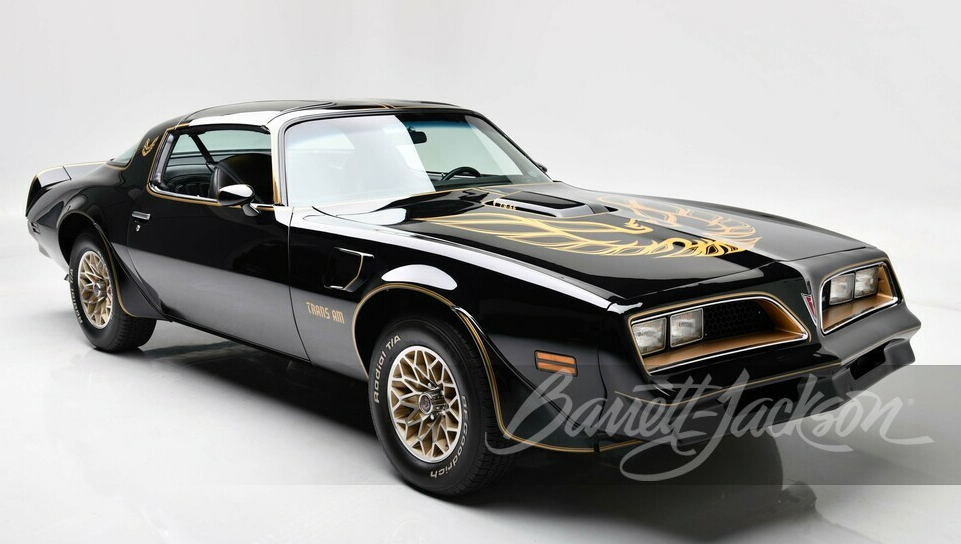 Barrett-Jackson
This 1977 Pontiac Trans Am was driven by Burt Reynolds in 1977's "Smokey and the Bandit."

Saturday opens one of gearheads’ most anticipated events of the auto show season, the Barrett-Jackson collector car auction.

The annual event turns 50 this year, but the roots go back to 1967 when it started as a charity car show.

Chairman and CEO Craig Jackson said this is the first full event since 2020 at WestWorld of Scottsdale, and the city has taken steps to protect public health such as adding more bathrooms, and using ionizers for airflow and ultraviolet lights for sanitation.

And if you bring enough cash, you might just take home a piece of iconic American 1970s film history.

“It still says ‘Bandit’ on the side of it and has a plaque on it. It has scratches on the door sills from where his boots scratched them from getting in and out of the car. It’s Burt’s ‘Bandit’ car,” said Jackson referring to the car driven by Burt Reynolds in “Smokey and the Bandit.”

Whether it’s a 1977 Pontiac Trans Am or perhaps a Little Deuce Coup, this year’s Barrett-Jackson will likely get your motor running.