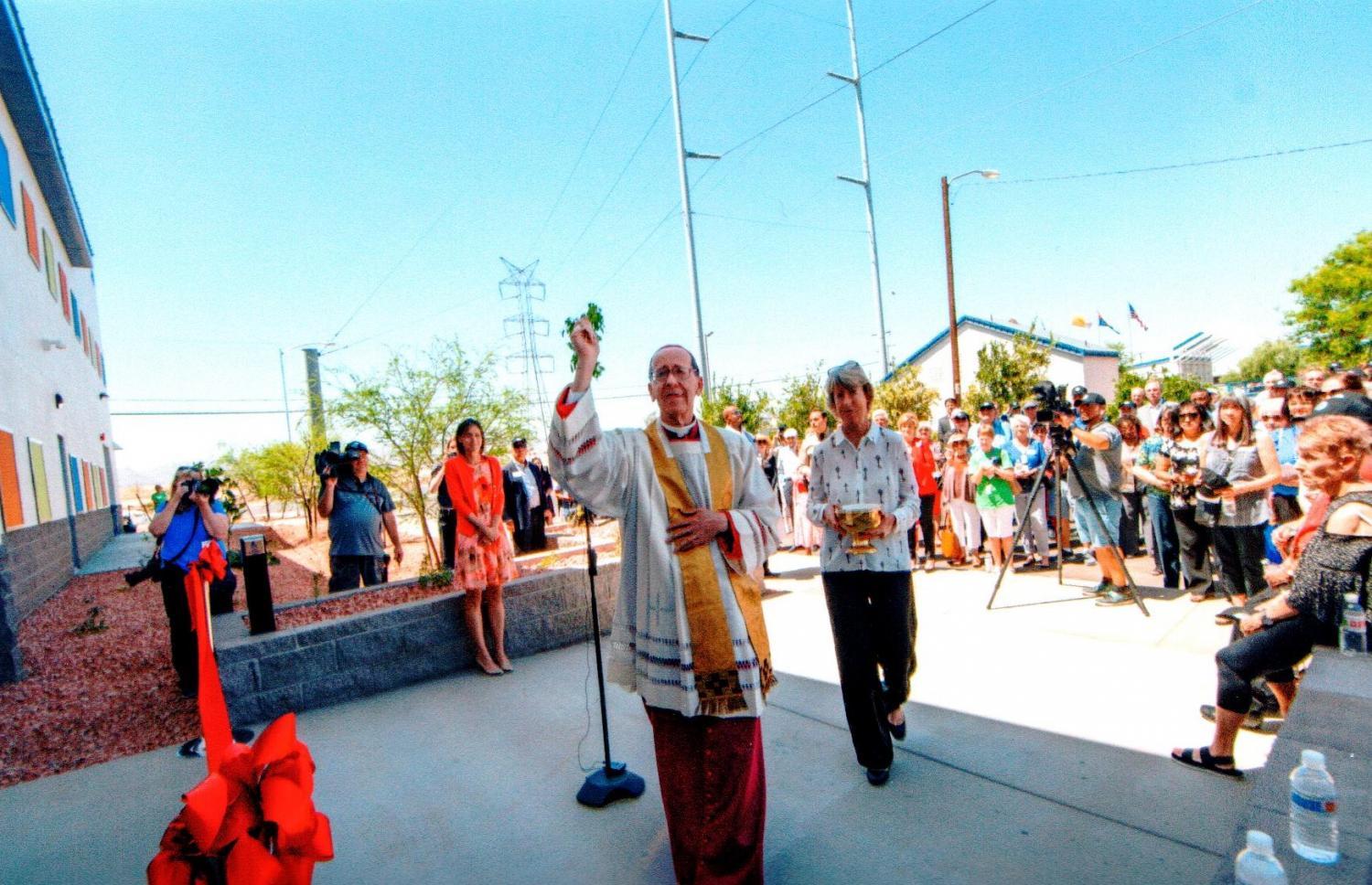 Bishop Thomas Olmsted’s time as leader of the Roman Catholic Diocese of Phoenix is likely nearing an end. Jan. 21 was the theologian and lawyer’s 75th birthday.

Church law calls 75 the retirement age for bishops. Olmsted, who declined to be interviewed, is sending a resignation letter to Pope Francis.

“By God's providence, I was ordained a priest in the same year as Roe vs. Wade,” he told the crowd.

Then in 2021, Olmsted sided with U.S. bishops wanting to deny communion to President Biden for his support of abortion.

They didn’t mean to politicize the sacrament, he told the Catholic network EWTN last May. Olmsted felt a duty to speak up as a spiritual guide.

“We’re pastors, and that means the care of souls is our first concern,” he told the show host. 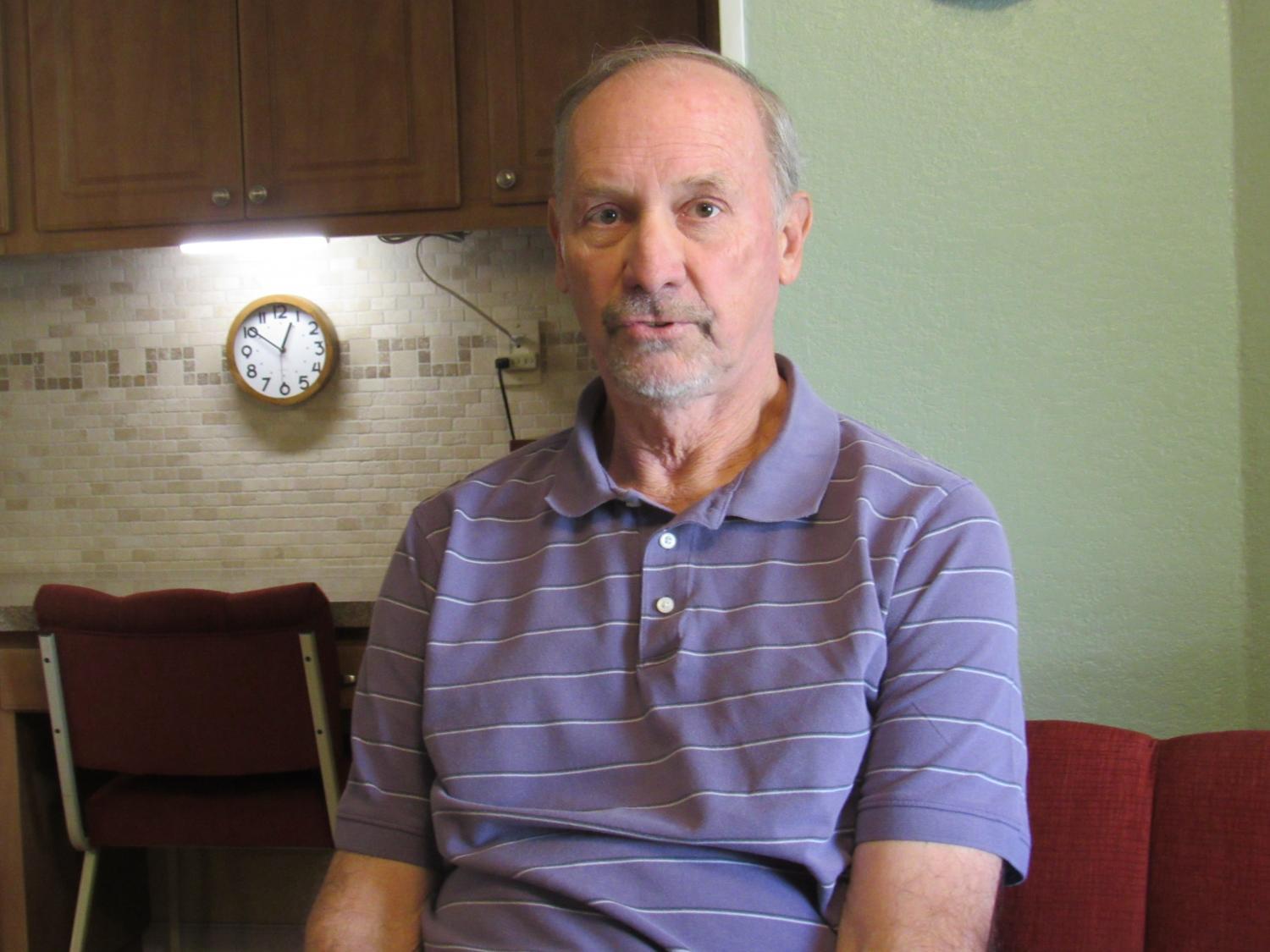 Some people in the Phoenix Diocese wish Olmsted had argued with as much passion for other social issues over the years.

“That's the one thing that he does where he walks with the people and gives an example by his presence,” said Dave Zabor, who’s been a practicing Catholic in Arizona for nearly all of the 50-plus years the Phoenix Diocese has existed.

If Zabor, a graduate of a Catholic high school and college, could talk with Olmsted, “I can't think of any sentence that doesn't start with ‘I wish you would have.’”

Zabor exercises his belief in Catholic social teachings through prayer, study and action. He wishes Olmsted had done more in public to fight the death penalty, help refugees and support LGBTQ Catholics.

“What is he doing to lead parishes to action to give help to where it's needed? Praying is cool. But where does it go from there?” said Zabor. 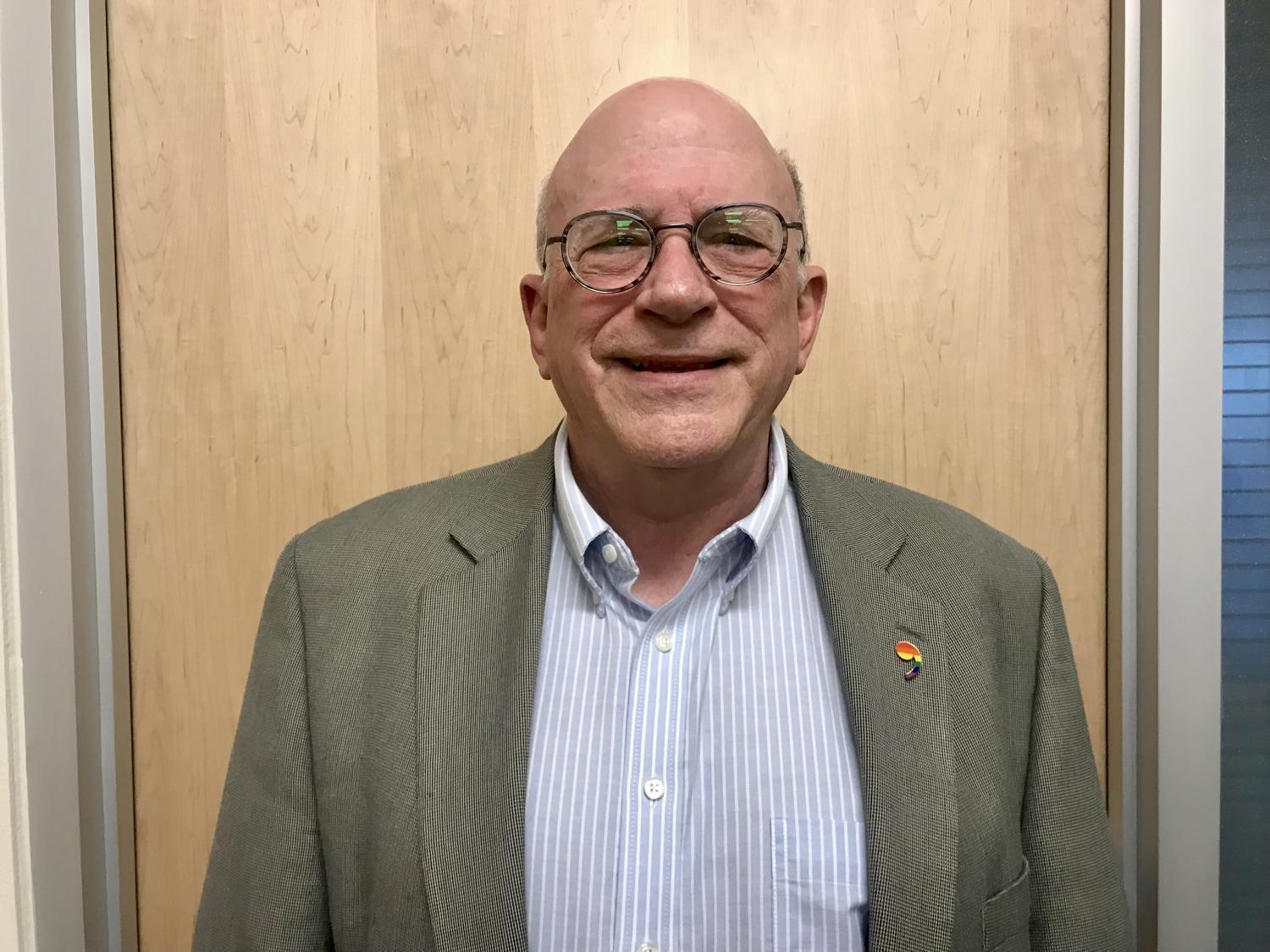 Arizona PBS asked Olmsted in 2010 if he thought of himself as a vocal leader on social issues such as immigration and farmworker rights.

Olmsted didn’t answer directly. He said his job is to raise the dignity of all people, including the undocumented.

“When we had SB 1070, that great big huge march to protest that, not a Catholic priest was seen and the bishop was nowhere,” said the Rev. Vernon Meyer, who was at Olmsted’s installation as bishop of Phoenix nearly two decades ago.

Meyer was a priest in the Phoenix Diocese for decades. He quit, joined another church and was excommunicated by Olmsted for helping ordain a woman.

Now an observer, Meyer described his old boss as a literalist.

“I think he said that one time to me. He said, ‘The words say this, so this is what it means.’” Meyer said Olmsted’s expectation was that priests conform to his beliefs, which were to defend Catholic teachings.

“You weren't free to have your own worldview, about what the church should be or what ministry should be, or what the issue should be,” said Meyer. 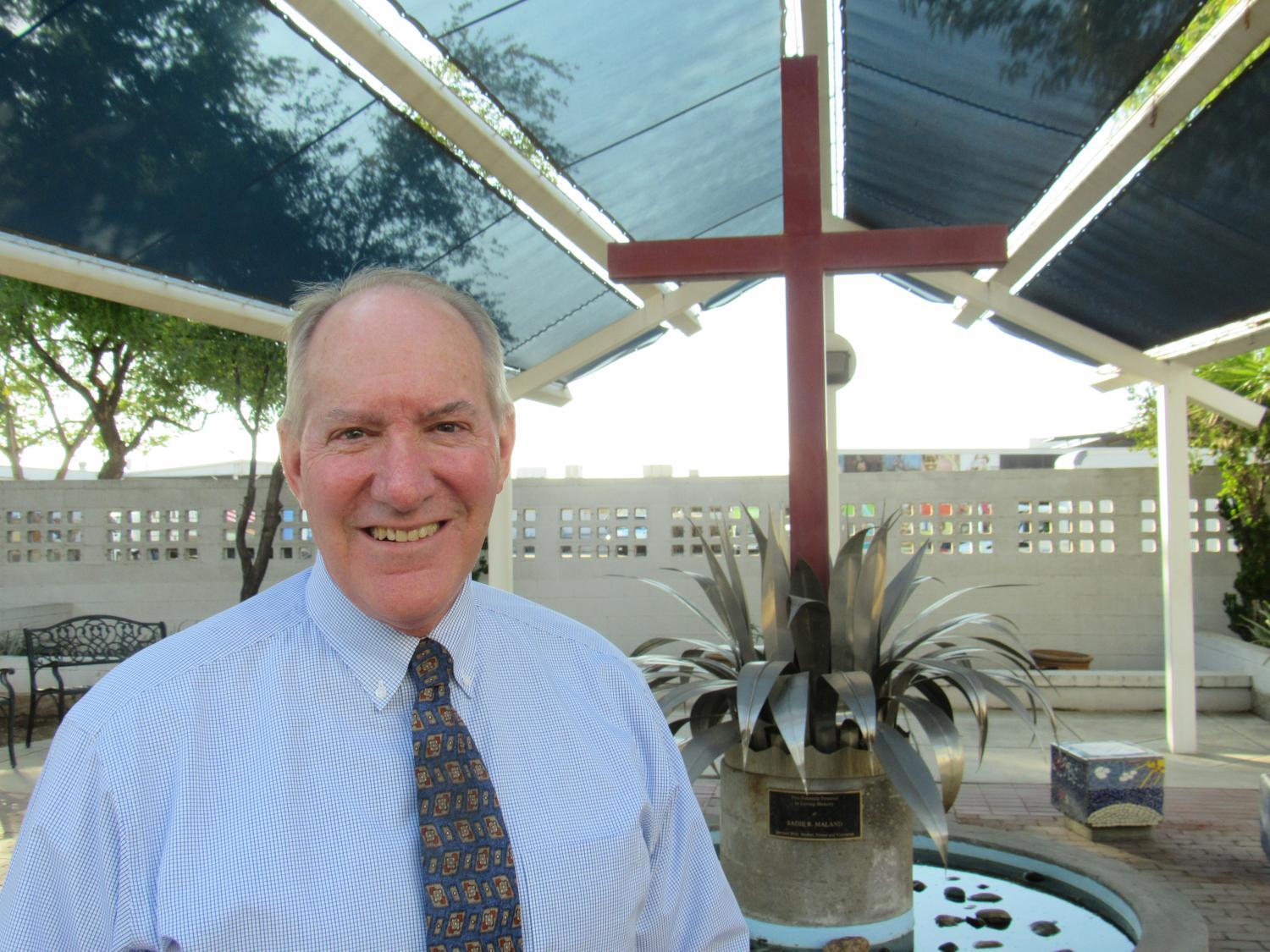 The kitchen at St. Vincent de Paul makes food for so many people who’d otherwise go hungry, that metal oars are needed to stir ingredients for chili cooking in massive calderons. CEO Steve Zabilski is a lifelong practicing Catholic and Olmsted admirer.

“Bishop Olmsted has been just a wonderful shepherd to our diocese, particularly in the ways of serving the less fortunate,” he said.

Olmsted has always supported the nonprofit’s work, said Zabilski. Though St. Vincent de Paul is legally a separate entity. He added that Olmsted has a deep understanding of theology, having once served in the Vatican with Pope John Paul II. He also knows Pope Benedict XVI.

“He’s very respectful of Pope Francis. Every time he speaks, he speaks with reverence,” said Zabilski.

Francis will decide when Olmsted stops leading the Phoenix Diocese.

In reply to questions about the pope’s thinking on Olmsted’s future, a Vatican spokesperson said to watch regular bulletins from the Holy See Press Office. 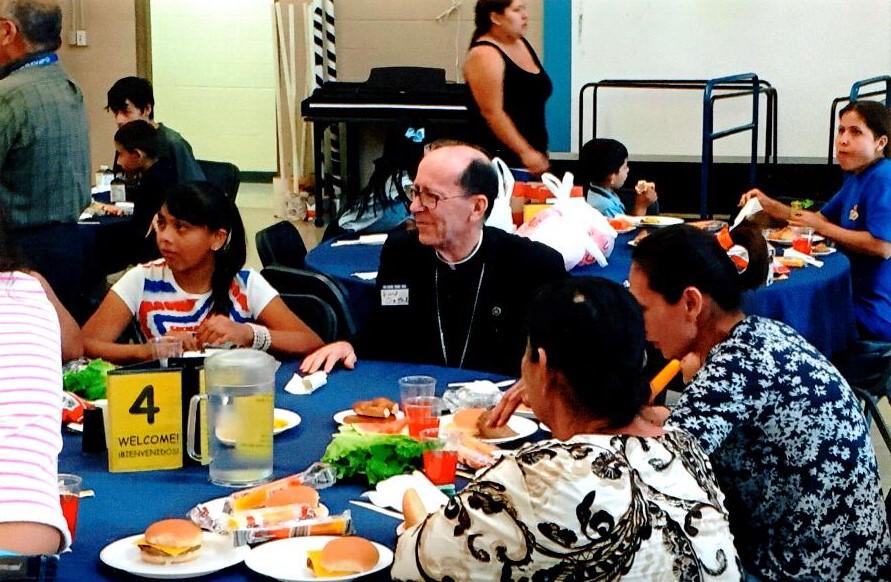