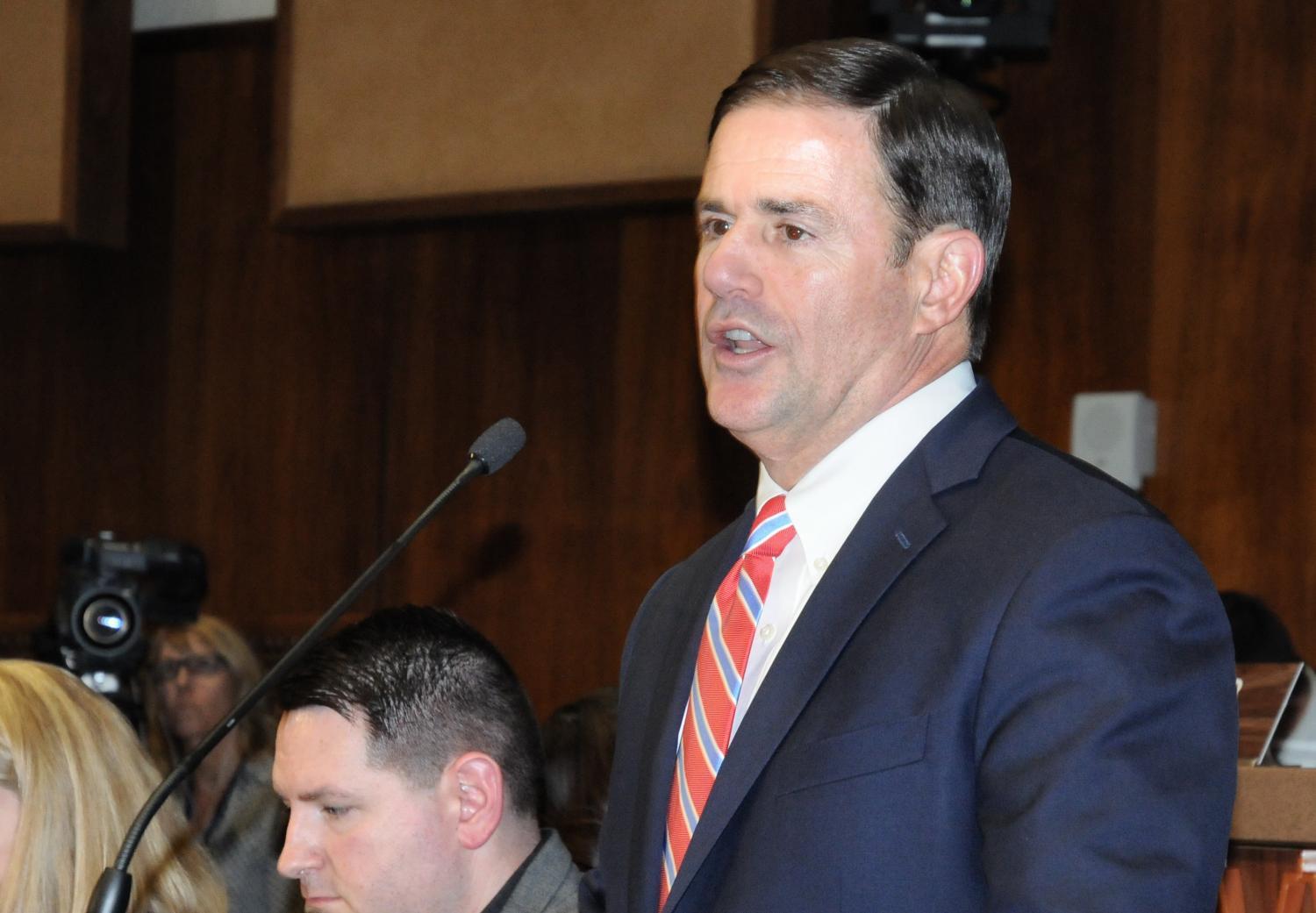 The Republican governor’s office did not announce that he was using cash from President Joe Biden’s American Rescue Plan Act to provide 20% pay boosts to the state’s corrections officers, 15% increases to state troopers and 10% increases to workers at the departments of child safety, economic security, juvenile corrections, transportation and health services.

Ducey’s office routinely issues news releases when he allocates cash from the pot of COVID-19 relief money he controls, but that wasn’t done this time.

Using the money to provide premium pay for essential workers is allowed under terms of the virus relief law signed by the Democratic president last March. It allows state and local governments to boost pay by up to $13 per hour for essential workers and allows a maximum per-employee amount of $25,000.

The Associated Press learned of the money’s use when an updated report on the governor’s use of virus relief funds was posted by the Joint Legislative Budget Committee, which provides non-partisan analysis of state finances to lawmakers.

The premium pay started flowing to 17,291 of the state’s approximately 35,000 workers on Nov. 27. Ducey’s budget director, Matt Gress, informed the Republican Senate president and House speaker of his decision to tap the funds for premium pay in a Dec. 9 letter.

Ducey is seeking similar permanent raises for troopers and at other agencies in the budget proposal he released on Friday.

The state Department of Corrections, Rehabilitation and Reentry and the Department of Public Safety have been struggling to hire and retain officers, in part because of wages that are low or uncompetitive. Ducey is seeking a permanent 15% raise for state troopers, 20% for juvenile and adult corrections employees and pay boosts for several other agencies that total nearly $250 million a year.

Jeffrey Hawkins, president of the Arizona State Troopers Association, said the premium pay is sorely needed at the agency that not only patrols state highways but does investigations, runs a crime lab and does many other law enforcement jobs.

The agency has 448 vacancies out of nearly 2,300 approved positions and Ducey wants to spend $31 million a year on DPS raises alone, according to the governor’s office.

“It really was just a stopgap to start trying to stop people from leaving because all the agencies around us have received considerable pay raises and we were still so far behind,” Hawkins said. “So yeah, well deserved and hopefully it does what the intent was, to try to stop the high number of regrettable attrition that we have, increased retirement, guys going out earlier than they probably would have.”

“We weren’t competitive at that rate,” Hawkins said. “But I’d say that Arizona in general has not followed the market trend when it comes to police pay.”

He pointed to officer pay in Texas and California, where rookie California Highway Patrol officers start at $93,000 a year. Cities and counties in Arizona are also struggling to fill positions because of low pay, and Ducey said in his state of the state address last week that his 15% pay hike would make troopers the best paid officers in the state.

The same is true at other agencies, according to a spreadsheet of classifications earning premium pay provided by the state Department of Administration. Even mail clerks at the state’s prisons are getting 20% premium pay.

A starting correctional officer earns just over $35,000 a year before the 20% premium pay.

C.J. Karamargin, Ducey’s spokesman, said there is increasing competitiveness in all sorts of jobs.

“We’ve got some quite a few critical positions that are vital to public safety,” Karamargin said. “So acknowledging the importance of these positions at this time where staffing is such a big issue across the board, we thought this was a good thing to do.”