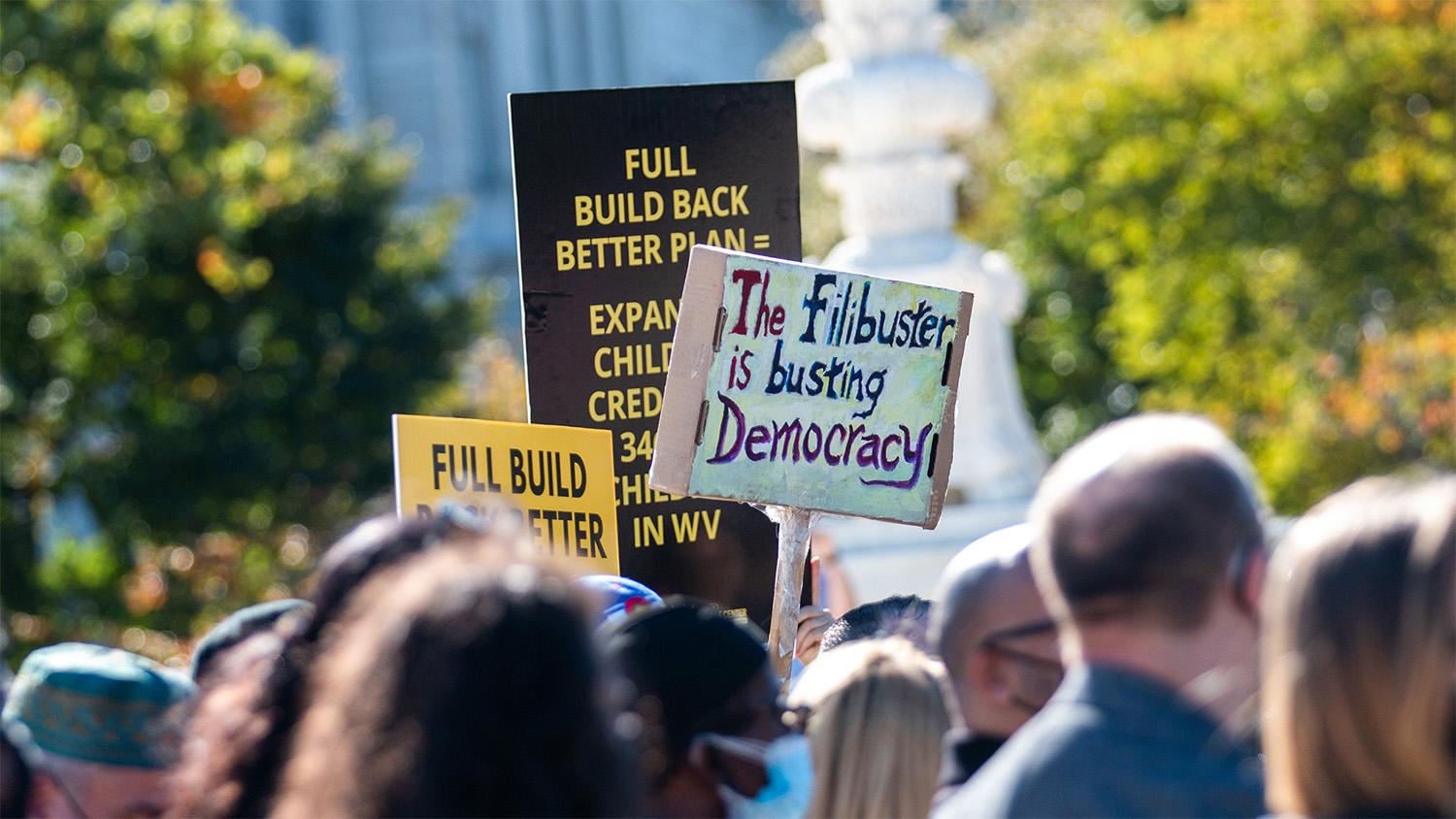 Diannie Chavez/Cronkite News
Protesters in Washington, D.C., call for an end to the Senate filibuster during an event in October 2021.

A hunger strike is once again being used to put pressure on Arizona Sen. Kyrsten Sinema to help pass federal voting protections.

Three groups began a hunger strike in front of the Arizona Capitol building on Friday in support of the Freedom to Vote Act.

Marilyn Wilbur is an Iraq War veteran who felt compelled to join the strike. She says even though the odds are stacked against the bill, she feels the nationwide protests will send a message to push it forward.

Un-PAC, which focuses on taking dark money out of politics, began a 15-day hunger strike in December, traveling from the Arizona capitol to Washington, D.C.

Daniel Ortega is a junior at Arizona State University and an organizer for Un-PAC.

The Show spoke with him from Washington about why he feels this passionate about voting rights and why he thinks a hunger strike will make the difference.