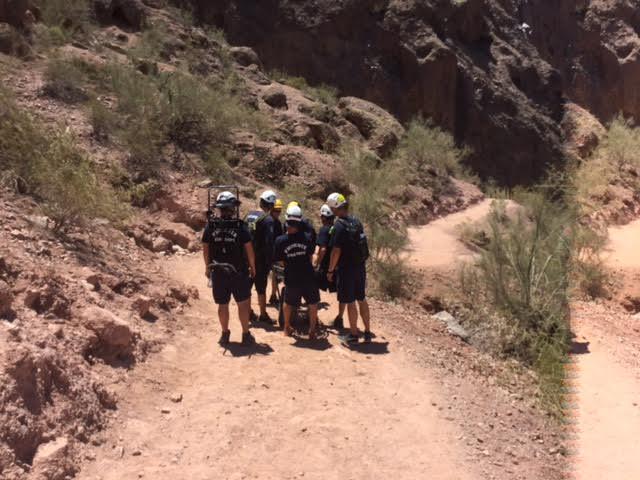 Phoenix Fire Department
Depending on the nature of the rescue, there could be anywhere between 15 to 25 personnel on scene.

Phoenix firefighters should have new tools to deal with mountain rescues this summer. The city’s public safety subcommittee recently approved a request by the department to begin using drones.

Executive Assistant Chief Scott Walker said sending a drone to find a stranded hiker could be more efficient, "Oftentimes we send crews up from all sides of the mountain to try to find that victim, this would significantly reduce the amount of impact on our firefighters hiking up and also find that person much faster."

Last year, several firefighters became ill after performing mountain rescues in extreme heat. The firefighters’ union then convinced the city to ban hiking on Camelback Mountain and Piestewa Peak on the hottest days.

Walker said department policies and procedures will be clearly outlined to protect privacy, “ We know that it’s an expectation of our community and our residents that the government is transparent. This will allow us to be that, this will allow us to tell people how and why we're doing a drone program, how we’re using it, how we’re protecting your rights. So this will help us to ensure transparency.”

He said an attorney would review policies and procedures with an executive steering committee giving final approval.

The Fire Department will create a community education program before launching drones by June 1. The parks, water and police departments could present their drone proposals to the subcommittee later this year.