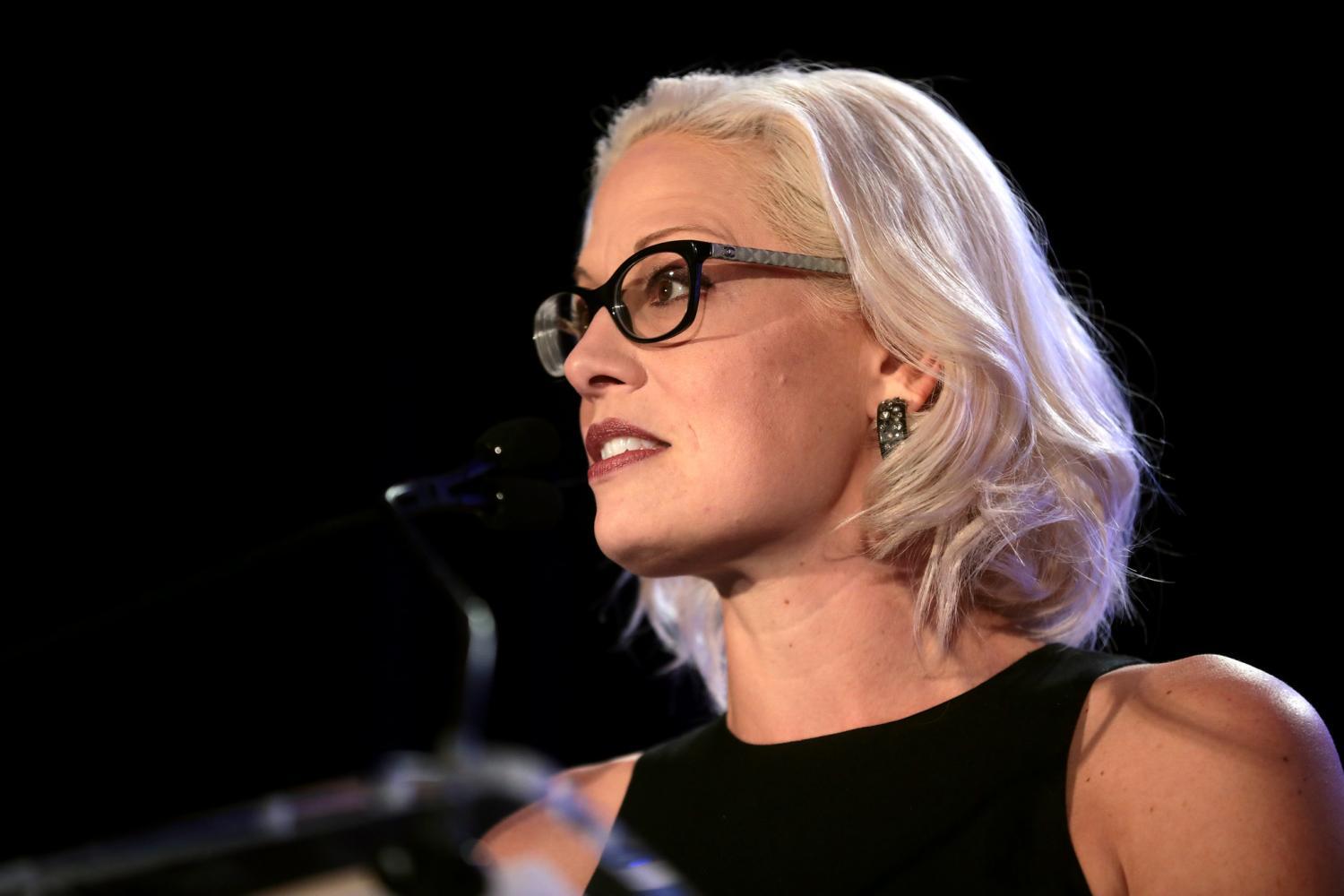 Sinema used the speech to double down on her opposition to changing Senate rules, even temporarily, to allow a simple majority in the chamber to pass a voting rights bill she says she favors.

“While I continue to support these bills, I will not support separate actions that worsen the underlying disease of division infecting our country,” Sinema said.

Since taking control of Congress and the White House last year, Democrats have vowed to counteract a wave of new state laws, inspired by former President Donald Trump’s false claims of a stolen election, that have made it harder to vote. But their efforts have stalled in the narrowly divided Senate, where they lack the 60 votes out of 100 to overcome a Republican filibuster.

Sinema argued preserving the 60-vote filibuster will help guard against further erosion between Republicans and Democrats.

“In recent years, nearly every party line response to the problems we face in this body, every partisan action taken to protect a cherished value has led us to more division, not less,” Sinema said.

Sinema’s speech came less than an hour before President Biden was due on Capitol Hill to push the Senate to bypass the filibuster. Doing so would allow Democrats to usher in the biggest overhaul of U.S. elections in a generation, striking down hurdles to voting enacted in the name of election security, reducing the influence of big money in politics and limiting partisan influence over the drawing of congressional districts. The package would create national election standards that would trump the state-level GOP laws. It would also restore the ability of the Justice Department to police election laws in states with a history of discrimination.

For Democrats and Biden, the legislation is a political imperative. Failure to pass it would break a major campaign promise to Black voters, who helped hand Democrats control of the White House and Congress, and would come just before midterm elections when slim Democratic majorities will be on the line.

In Arizona, leaders like Tucson Mayor Regina Romero have called for federal intervention as Republican-controlled state legislatures pass laws that make it harder to vote. Romero said Sinema’s loyalty to the Senate rules is “disappointing and quite frankly, short-sighted.”

“The assault on our democracy in state Capitols throughout the country will continue without federal action,” Romero said in a statement.

"History will remember Senator Sinema unkindly,” he said. “While Senator Sinema remains stubborn in her ‘optimism,' Black and Brown Americans are losing their right to vote.”

Associated Press contributed to this story.

EDITOR'S NOTE: The story has been updated to correct Sen. Kyrsten Sinema's quote.