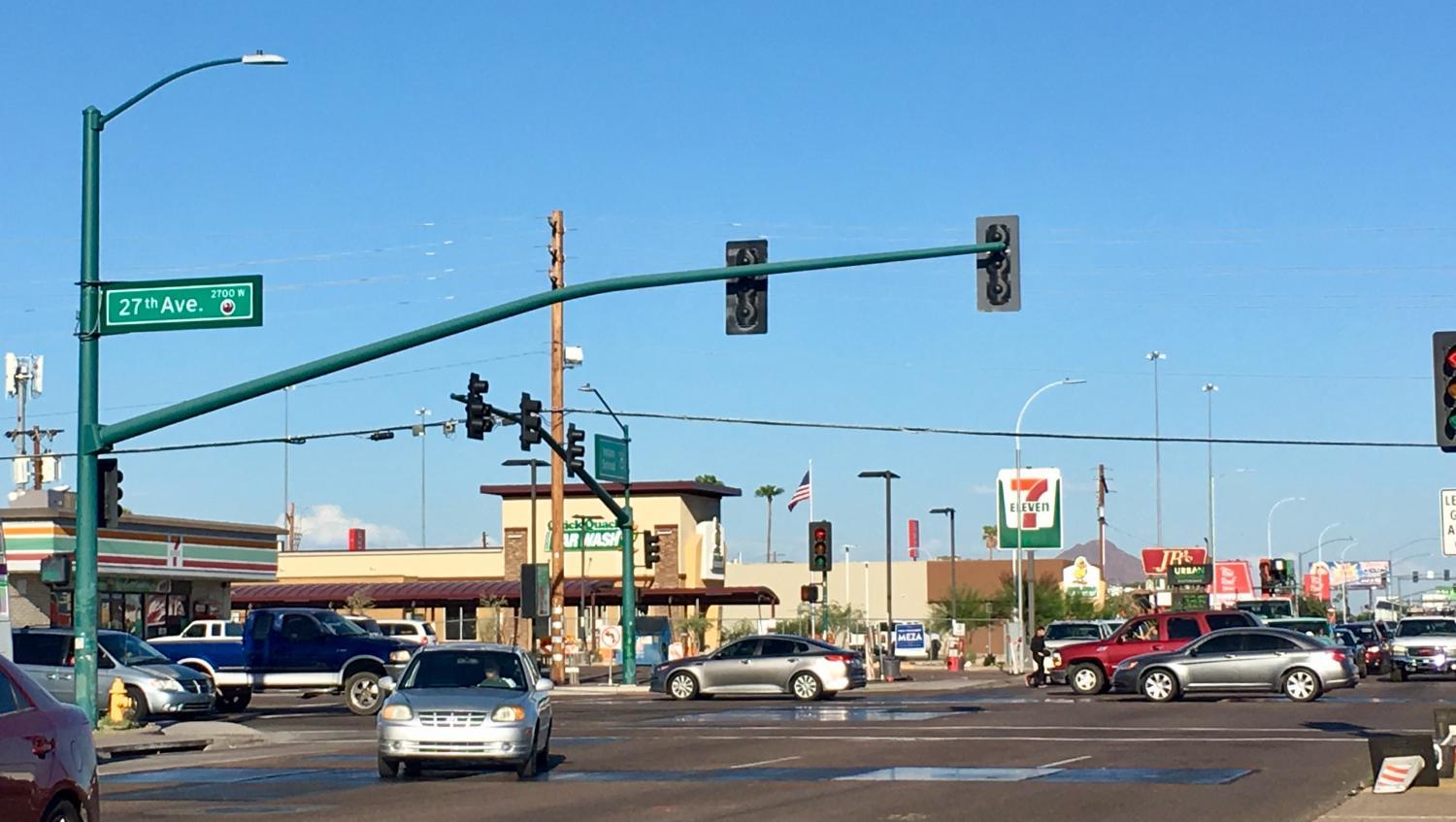 Christina Estes/KJZZ
The intersection of 27th Avenue and Indian School Road is part of the proposed two-year pilot to address crime along the corridor.

A high-crime corridor in Phoenix is getting extra attention. The City Council will consider a pilot project to devote more resources along 27th Avenue.

Since 2018, the police department says shots fired calls have more than doubled, aggravated assaults are up 50%, armed robbery calls are up 12%, and drug possession is up 10%.

The 27th Avenue Community Safety and Crime Prevention Plan focuses on these strategies:

The police department, which remains below minimum staffing levels approved by the council, plans to focus on technology. Assistant Chief Steve Martos described how 30 cameras mounted at key intersections could help.

“For example, if a crime occurred of an armed robbery with a shooting at 28th Avenue and Indian School, capturing an individual who might be leaving that area, whether it be in a vehicle captured by a camera, then reading, being able to obtain that license plate is critical for us to be able to solve those types of crimes,” he said.

The public transit department would monitor criminal activity at bus stops, the street transportation department would add lighting at some I-17 underpasses and cleaning along a stretch of Hatcher Road and neighborhood services would devote an inspector to investigate blight and enforce city codes.

During public comment, a resident told the subcommittee: "This is important to me because I don't feel safe anymore. There's a lot of prostitution, homeless and drug activity."

Community complaints and police data are behind the proposal, which focuses on four intersections along 27th Avenue: Indian School Road, Northern Avenue, the former Metrocenter Mall area and Bell Road from Interstate 17 to 35th Avenue. It also includes Hatcher Road from Seventh to 19th avenues.

Councilwoman Yassamin Ansari requested the proposal include all 27th Avenue intersections between Indian School Road and Northern Avenue. Details and costs will be adjusted with both options presented to the full council at a future meeting.