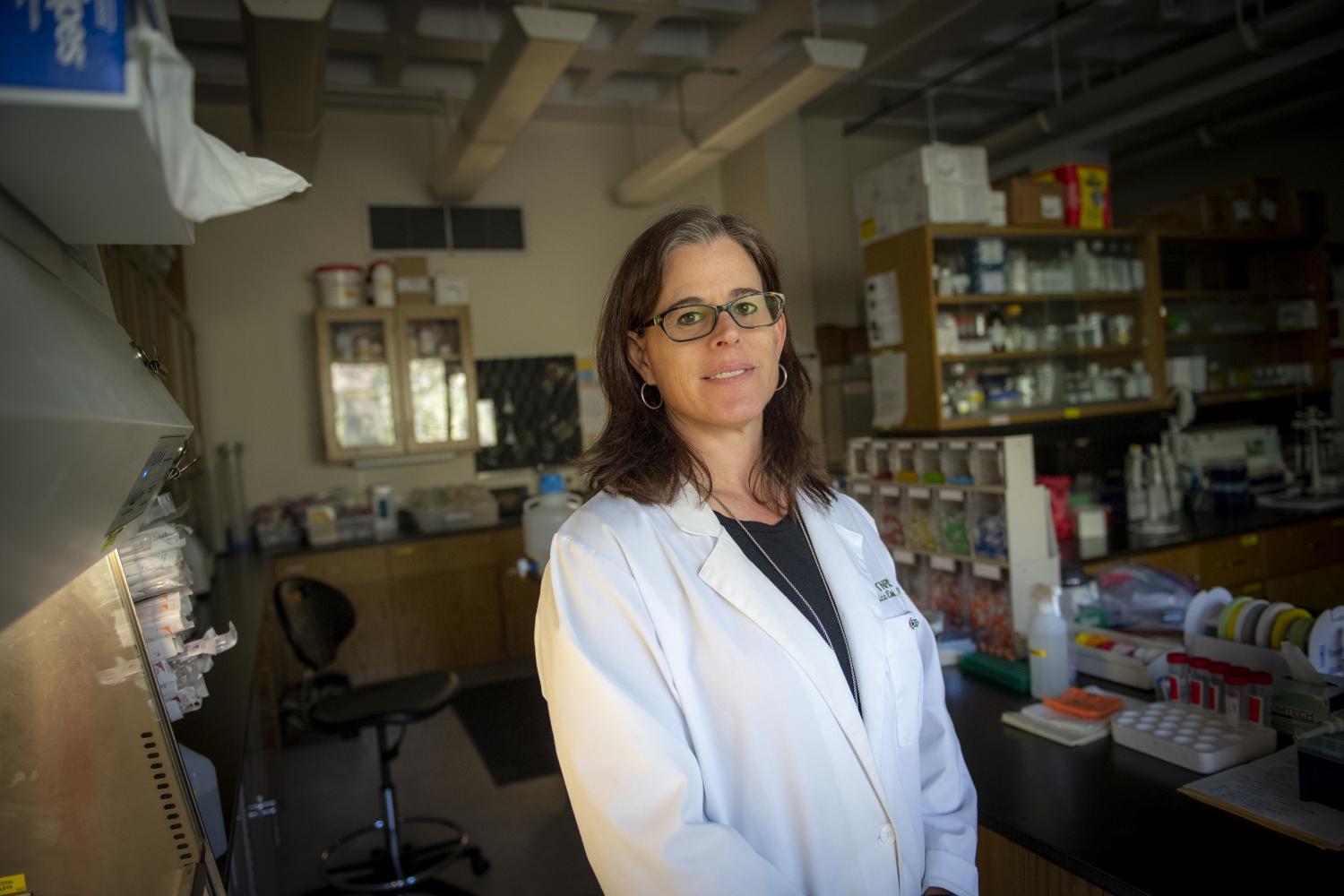 In September 2020, as part of KJZZ’s special series, “COVID-19 In Arizona: 6 Months In,” KJZZ’s Arizona Science Desk spoke to a handful of scientists who could not leave their labs during shutdown because they worked with living creatures.

Sixteen months later, KJZZ’s Arizona Science Desk checked in with them to see how they’ve adapted, and what fresh challenges they’ve had to overcome.

“August and September is when it really got tough. I mean, we really just had so much going on, everyone was so busy and stressed out. And it did get tense at times,” said Monica Embers, director of Vector-Borne Disease Research at Tulane University in New Orleans.

Embers uses ticks, mice and primates to test treatments like antibiotics and develop diagnostics for illnesses like Lyme disease.

In the world coronavirus made, it’s a handy skillset.

“I've seen colleagues that are going to work for Pfizer and Moderna now. There are certainly opportunities in the vaccine and diagnostic testing world,” said Embers.

But for those trying to gain ground in ongoing studies, the virus means disruptions of timelines and supply lines.

“We simply cannot get them because there's just a shortage. They're all backordered no matter what the supplier. So, yeah, that's been a challenge,” said Embers.

Embers expressed relief that she did not have to shut down animal care or studies due to the pandemic.

“But when we go to analyze samples, and to do those PCR-based assays and so forth, that's where the shortage comes into play,” she said.

And so a spiky little virus is accomplishing what Hurricane Ida, the second-most devastating hurricane to make landfall in Louisiana, couldn’t: It slowed down research for more than a week or two.

“Our animal care staff stayed here around the clock as the hurricane was approaching, throughout the time when power was off, and probably for the entire week or even two weeks after,” said Leslie Tate of the Tulane National Primate Research Center. 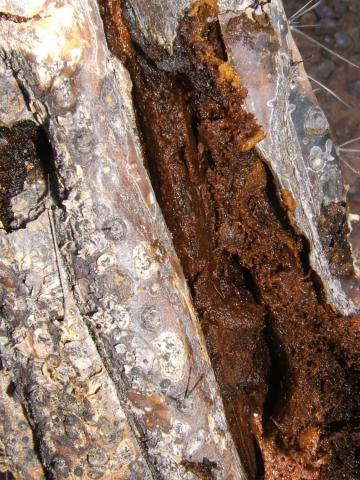 Matzkin and his colleagues also work with the U.S. Department of Agriculture on CRISPR-based pest control projects and on understanding the genomics reasons some pest species of moth and butterfly resist Bacillus thuringiensis, the widely used biological pesticide known as Bt toxin.

He too faces shortages of standard sample-analysis equipment like microtiter plates — flat cards dotted with rows and columns of “wells” akin to tiny test tubes.

“We have some orders that we have been waiting six months for — tips and plates for doing some metabolic pools and assays,” said Matzkin, “We're still waiting for them. And we have sort of half-datasets, because we can’t finish them up, because the plates are not in,” he said.

“I was actually talking to a colleague yesterday about this. He actively calls the vendors to make sure they have the supplies in the warehouse, because he needs to put an order through, and he doesn't know when it's going to come,” said Matzkin.

During and after the pandemic shutdown, Matzkin had to dial back his stocks of Drosophila. Breeding them back up to full takes months.

“We cannot shut down and come back up in an instant,” he said.

“Coming back up” takes more than providing some rotting cactus and letting nature take its course. It entails planning, training and recruitment of undergraduate volunteers.

It also means reversing an early adaptation to the pandemic, in which he and his colleagues switched to computational projects they could do remotely.

“Now those projects are maturing, and we’re getting those manuscripts up and going, so we don't have a lot of time to get back to the fly-type experiments,” said Matzkin.

In short, the pandemic hit academic research and training like an earthquake. And recovery — or, at least, readjustment — will take years. Graduate students must shift or postpone their dissertation research; postdocs must chart career courses in a job market awash with applicants; and faculty must hope tenure committees adopt more flexible benchmarks.

“We're going to see the effects of COVID in academia for a number of years,” said Matzkin. “I feel really bad for the postdocs and grad students that are coming up. They're going to have a tough time in the years to come.”

"We're going to see the effects of COVID in academia for a number of years. I feel really bad for the postdocs and grad students that are coming up. They're going to have a tough time in the years to come."
— Luciano Matzkin, UA evolutionary biologist

For lead researchers, enduring the slow-motion disaster means applying for grant extensions and stretching funding dollars to pay salaries across longer timetables. Many government agencies that issue research grants include a provision for a no-cost extension, which allows the grantee to extend project deadlines without prior approval – and without additional funds.

“This is why we're trying to make up for lost time: because we had several projects that should have been finished by now that got extended, and we're trying to finish those up as the funds run out,” said Embers.

Matzkin said shutdowns and supply interruptions also hamper efforts or acquire the next round of needed funding.

“You expected your projects to be done, or preliminary data to be collected. The effects of the shutdown prevented us to obtaining new data needed to submit proposals,” he said.

Fears over funding fortunately did not become reality for the Phoenix Zoo, which has welcomed visitors since it reopened in September 2020. Still, despite a supportive donor base, revenues have yet to return to pre-pandemic levels.

“We’ve been very fortunate. Our revenues are good. We haven't had to furlough or lay off anybody, and we still have all the staff that we need to take care of the animals,” said Gary West, vice president of animal health and living collections at the zoo.

Like many who work in animal research and conservation, the zoo’s staff serves at the pleasure of Mother Nature and her schedules. That goes for simian snooze alarms, too. 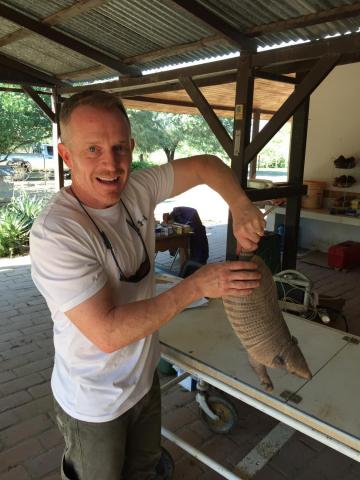 “I think of our orangutans and laugh because they're certainly lovable, but they don't like to get up early and have to, you know, go outside,” said West.

The zoo adjusted some exhibits, like its giraffe deck encounter, to avoid crowding — more to protect human visitors than animal residents. Others, like the open-air goat petting zoo, were previously closed but have since reopened.

“It's open air; it's outside. You know, selfishly, the goats got kind of lonely, and they really love to interact with people,” said West.

The zoo and conservation center has also eased back into more medical training and keeper interactions with the animals.

West says he and his colleagues are starting to “ease back” into field work, including conservation projects in Columbia, Costa Rica and Paraguay, as well as restoration work along the jaguar migration corridor spanning the Arizona-Mexico border.

But, back home, staff still must monitor certain species carefully. Globally, COVID-19 has shown up in a Nile hippo, in great apes and in some hoofed animals like white-tailed deer. Some large cats at other facilities have died from the disease.

Such concerns drive decisions about the use of personal protective equipment, They also provided added impetus for animal vaccinations at the zoo this December.

“We were able to get 160 doses of the vaccine, which covers everything that I that I’d hoped to vaccinate,” said West.

Physical reactions to the vaccine, when they occurred, were mild.

“The only thing that was reported by the keepers was our black-and-white ruffed lemurs. They were slightly lethargic, which most people probably wouldn't even notice unless they're intimately involved with their care. And by 24 hours later, they were back to normal,” said West.

“But they're tested regularly. And anyone who comes close to them is vaccinated and also wearing PPE,” said Tate.

From the beginning, animals have occupied a central role in the coronavirus pandemic — as viral vectors, as research subjects and as testbeds for lifesaving vaccines. So researchers and conservationists persevere, even as COVID-19 disrupts the very kinds of research the world relies on to fight it.

Meanwhile, Matzkin says, we must not forget the burgeoning young researchers who are right now battling uncertainty and despair, and getting lost in the churn.

“We need to make sure that they don't get turned off by the process and leave academia — leave science — because we're going to be dependent on these young scientists in the future for new discoveries and new advances in their fields.”