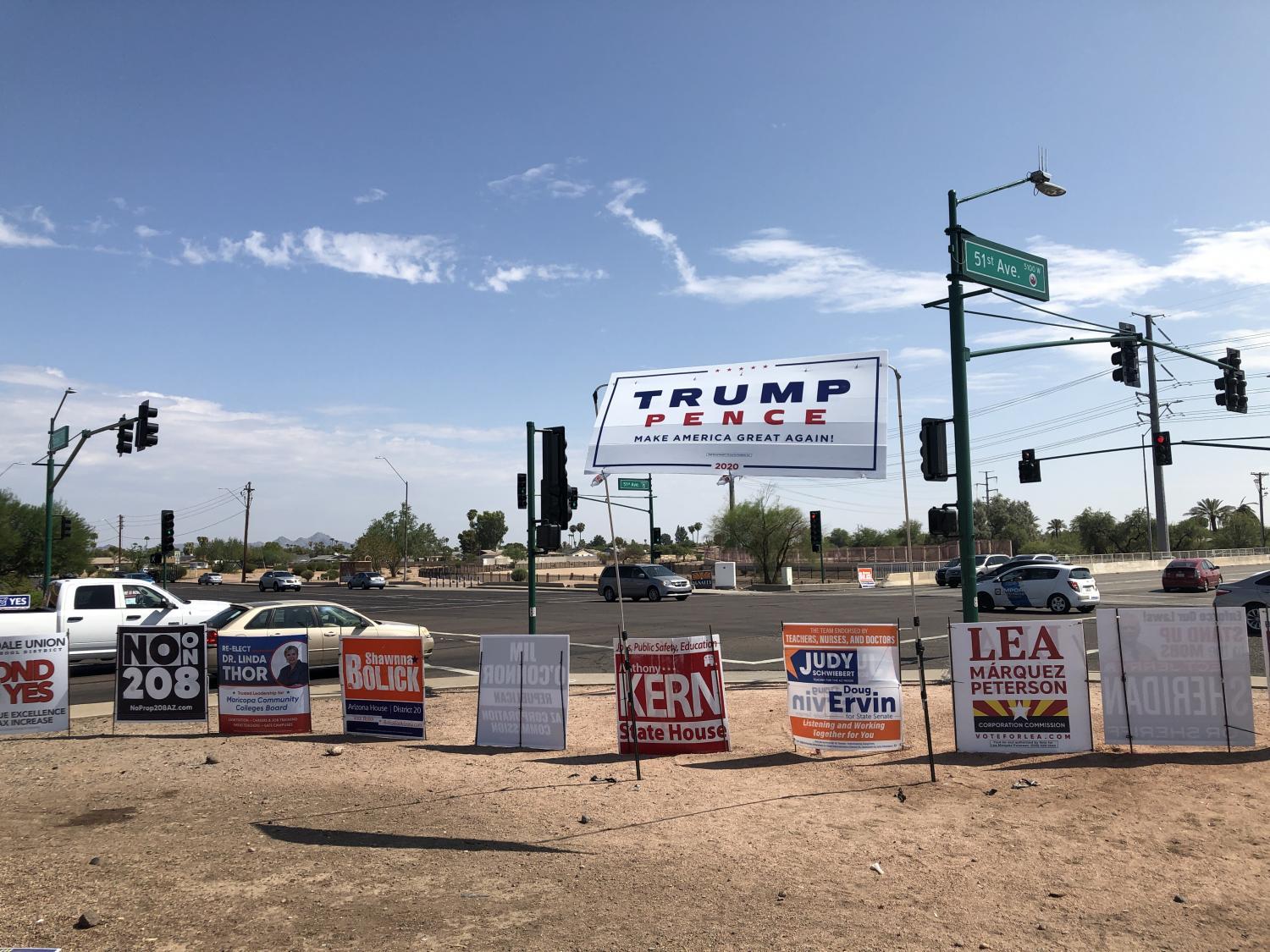 Scott Bourque/KJZZ
A large Trump/Pence sign mounted above other signs at the intersection of 51st Avenue and Cactus Road in Phoenix in 2020.

There are more than 1,000 days until the next presidential election. Through KJZZ's Q&AZ project, a listener asked: Are campaign signs for 2024 allowed on Arizona public land now?

City and county ordinances should be checked when questioning the legality of a campaign banner set up at a trailhead, for example.

“Usually you can not have election signs or political signs outside of a very short window of time around a primary or general election,'' said Desai, who’s a partner in the Phoenix-based la firm, Coppersmith and Brockelman.

State law says it’s a misdemeanor to remove, alter or deface a political sign within 45 days of a primary and 15 days after a general election.

Outside this window, Desai recommended people first ask the local jurisdiction to remove an illegal sign before opting to do it on their own.