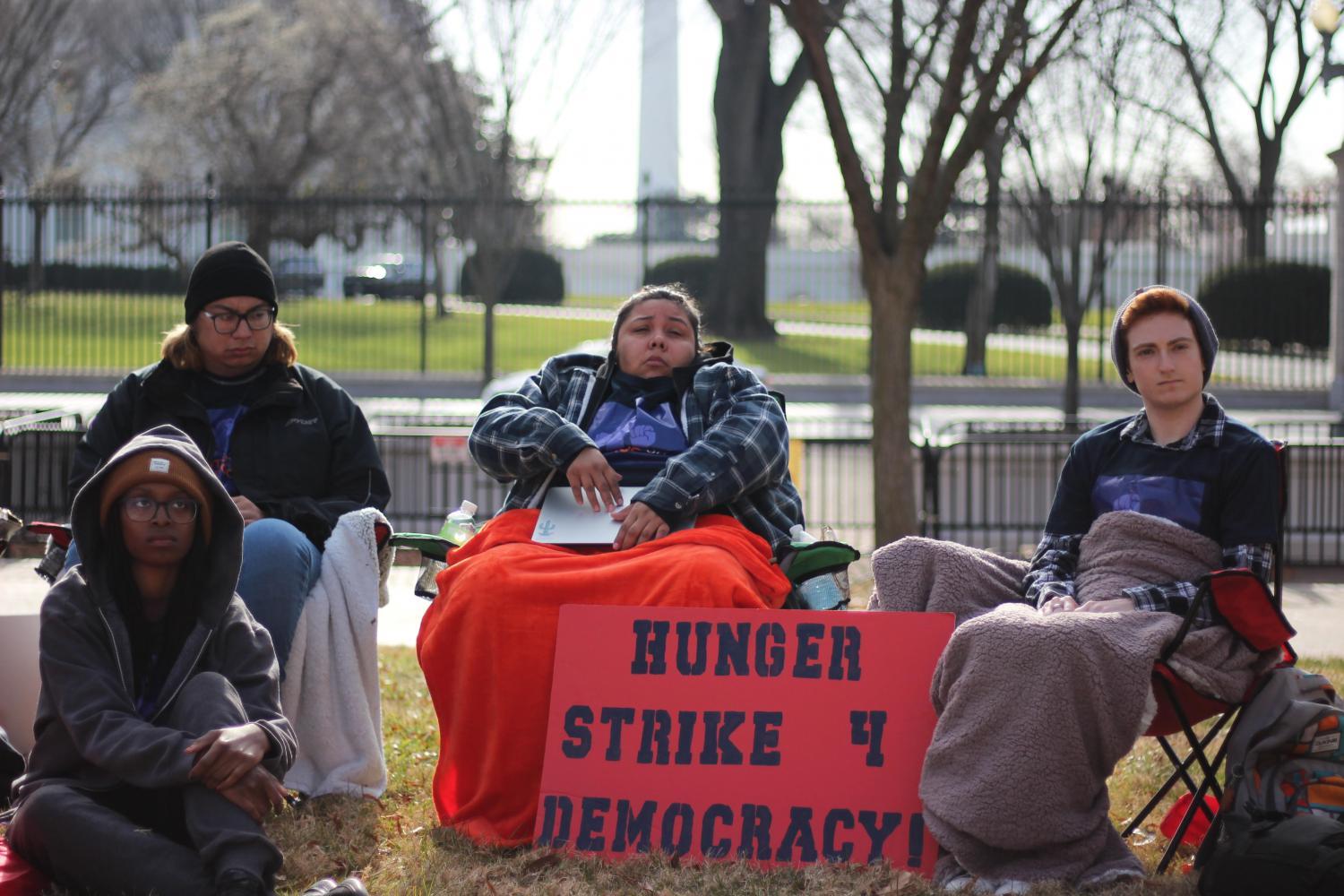 Un-PAC
A group of close to 20 Arizona university students are 12 days in their hunger strike as part of their push for a federal voting rights bill. The group was in Washington D.C. on Friday, Dec. 17.

Friday marks 12 days since a group of about 20 Arizona university students embarked on an indefinite hunger strike as part of their push for a federal voting rights bill.

The past two weeks have been busy for the group. Last week, they had a virtual meeting with U.S. Sen. Kyrsten Sinema to discuss the bill, and on Thursday, they got to meet with U.S. Sen. Mark Kelly in-person in Washington, D.C.

“Though we are now in D.C. pleading that Biden prioritizes the bill, we also urge Sen. Sinema from Arizona to remember our conversation, remember our sacrifice and support the rules reform to save our democracy,” said Arizona State University student Leila Winbury.

The bill, known as Freedom to Vote Act, would establish national rules for running elections, limit partisanship in the drawing of congressional districts and force the disclosure of anonymous election donors.

As a first-generation Latino ASU student, Brandon Ortega said getting this bill passed is crucial for his community to address the issues it's facing such as over policing, poverty, gun violence and climate change.

“There's no way to fix these issues without the Freedom to Vote Act getting passed this year ... because our voices otherwise would not be heard,” he said. “We'd be under representative and not only in our state, but in our country.”

The bill would also expand voter registration and voting access, which Winbury said would benefit the Navajo Nation.

“Navajo Nation is a big reason why Arizona went blue and so  bringing their necessary necessary resources to (the) reservation to ensure that the Native vote is heard and continues to be heard and, and make big changes is very important,” said Winbury who identifies as a Payómkawichum woman from California.

A Sinema spokesperson has said she won't support weakening the filibuster to get the Freedom to Vote Act through the finish line because Sinema “continues to support the Senate's 60-vote threshold to protect the country from repeated radical reversals in federal policy.”

Brandon Ortega said Sinema indicated to the group during their meeting that she was open to discussions and debates on Senate rule changes.

The strike has taken a toll on the students. At least two students have dropped out of the strike for medical reasons. The rest of the group is feeling pretty exhausted, Winbury said. They're drinking water and electrolytes, and getting their vitals checked by a doctor twice a day.

But Ortega said they plan to continue the strike for as long as it takes.

“Although the hunger strike has been very hard for everyone involved, we ultimately rather endure this hunger strike than enter the horrific consequences of dysfunctional democracy and without the Freedom To Vote Act passing this year there’s a lot of uncertainty in our futures,” he said.