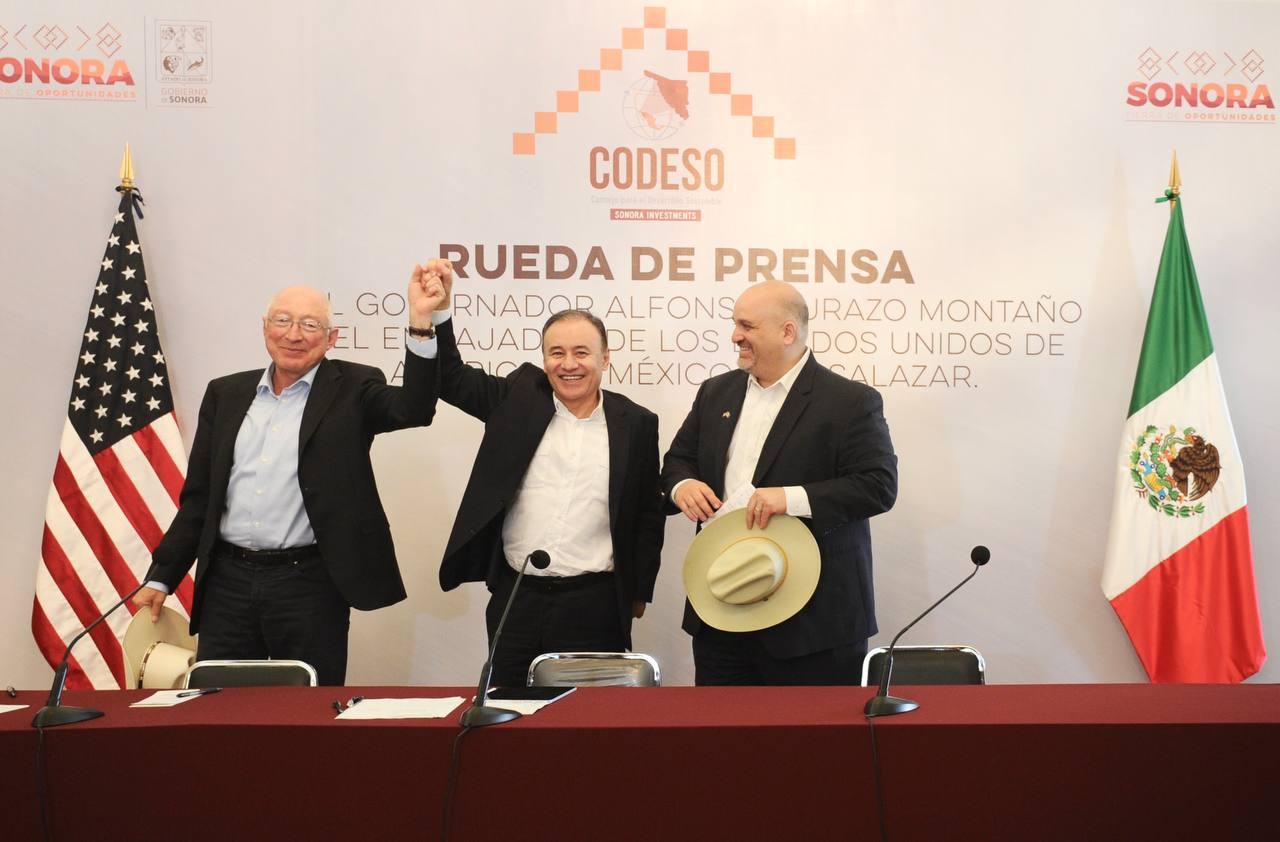 The U.S. ambassador to Mexico was in Sonora this week to meet with state and local officials. The visit included discussion of security, trade and tourism.

Ambassador Ken Salazar held a joint press conference with Sonoran Gov. Alfonso Durazo on Wednesday, touting the strong ties between the U.S. and Mexico. And emphasized Sonora’s position as an important site for U.S. business and tourism.

"I think a lot can be done, and on the part of the United States we have plans and funding, the money to make improvements," he said. "There is recognition that there are opportunities here. We will help the governor in every way possible to promote his agenda to attract more investment here to Sonora."

He also said the two countries share responsibility for confronting security issues at the border and across Sonora, which is experiencing record-setting violence.

The meeting comes just a day after Salazar met with Mexican leaders to mark the beginning of a new bilateral security pact, announced in October, that promises to address violence, corruption and cross-border trafficking of weapons, drugs and people, among other actions. It has been called a replacement for the Merida Initiative.

Salazar also met with the mayor of Hermosillo and later traveled to Nogales and Tucson.