How prairie dog kisses may help them survive relocation 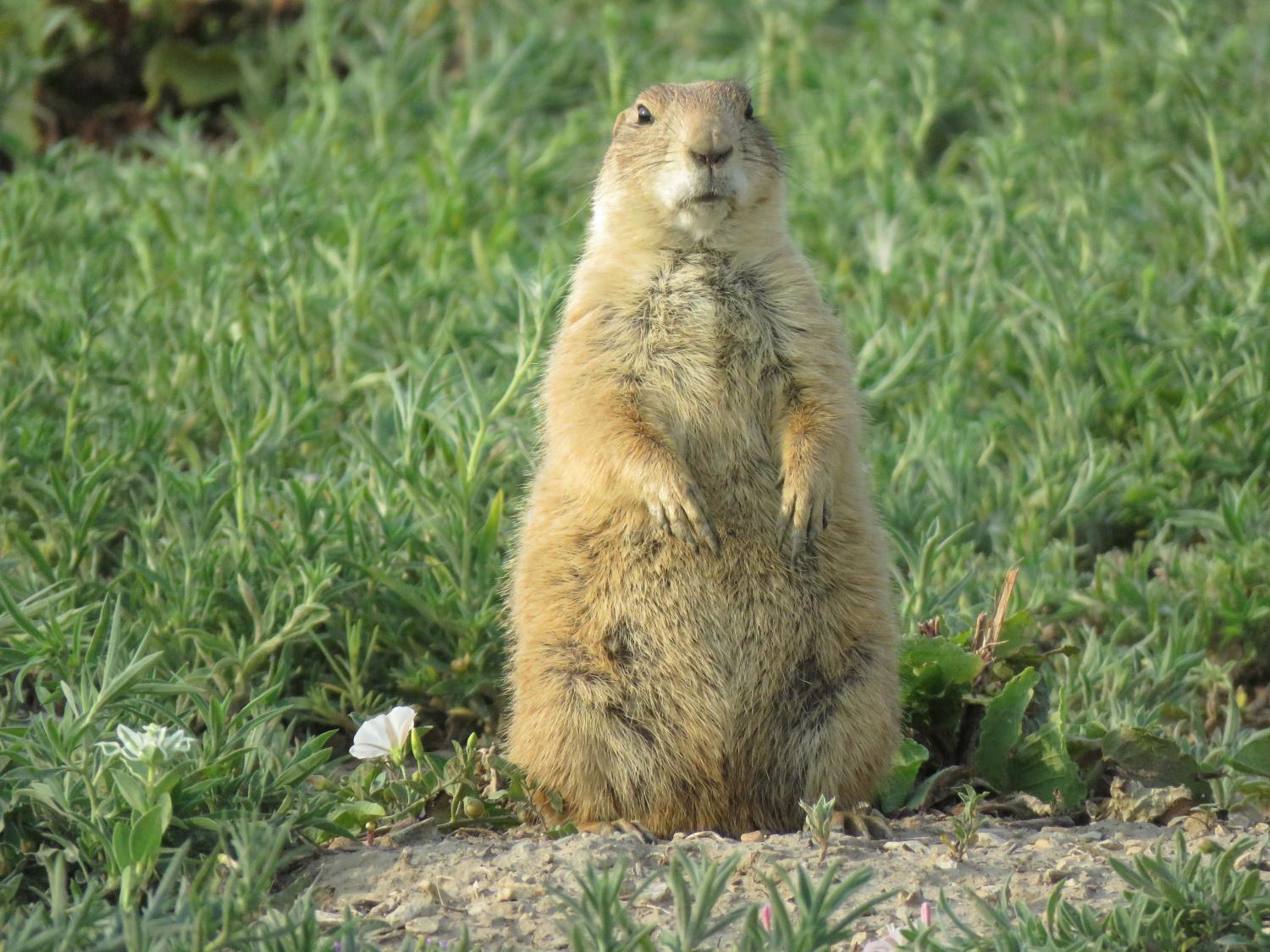 Jennifer Verdolin
There are different kinds of prairie dogs, but generally these digging fuzzy rodents are a little bigger than a football and about double or more the weight.

Whether you’re on the prairie or in certain parts of Arizona, you may run across prairie dogs. But when they get in the way and have to be relocated, it can be difficult. But a new study highlighting prairie dog kisses may help survival rates after the move.

There are different kinds of prairie dogs but generally these digging fuzzy rodents are a little bigger than a football and about double or more the weight.

Some people may find them rather cute, but more often than not, prairie dogs can get in the way of developers or farmers with grazing livestock — sometimes leading to their lethal removal.

But killing prairie dogs is not an ideal choice. Lindsey Sterling Krank is a part of the prairie dog conflict resolution team with the Humane Society of the United States. She says prairie dogs are a keystone species.

“There's a ton of different animals that rely on prairie dogs, either eating them as prey and a part of their diet, or using their burrows for shelter. So those are the two biggest pieces about prairie dogs that make them so important,” Krank said. “Then the way that they impact the grassland ecosystem, being a native grazer and burrowing mammal is also part of what makes them a keystone species.”

So translocation is the next best bet. But Bill Van Pelt with Western Association of Fish and Wildlife Agencies says that can be complicated. 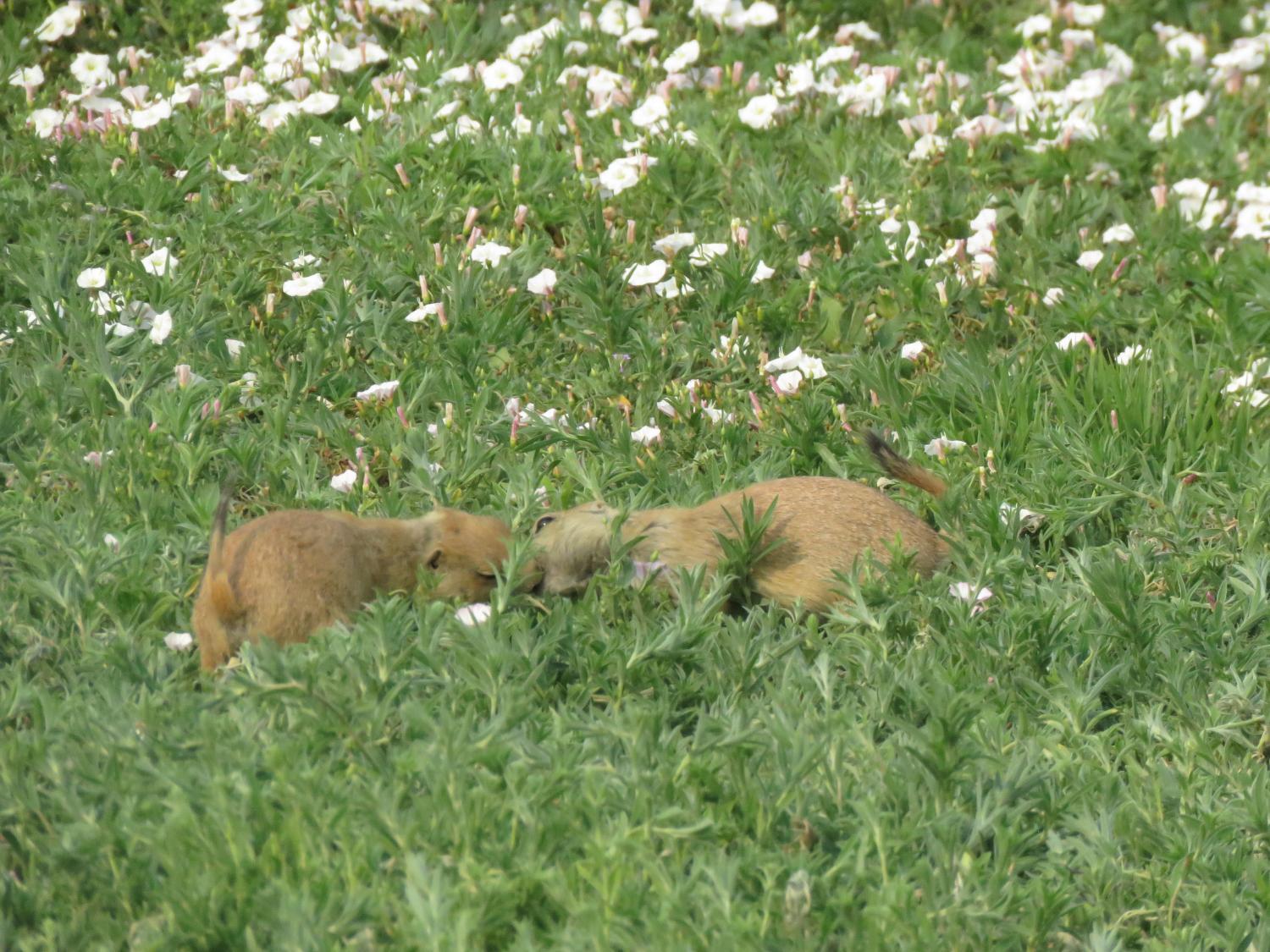 “They live in family units, they're called coteries. And these coteries live in close proximity to each other, and so they form these towns,” Pelt said.

So you got to keep them together.

“It's not just as simple as just you pick up a bunch of prairie dogs and then you move them,” Pelt said.

And another problem with translocation?

Verdolin, with the University of Arizona, co-wrote a new study citing that “survival of relocated prairie dogs is highly variable and frequently extremely low (25-50%).” Her study hopes to increase the odds.

“So one of the things that this work is suggesting is that where they live and how they're oriented with each other, within their group and with their neighbors, one, you want to try to maintain those social networks and those social connections,” Verdolin said.

And one peculiar behavior Verdolin observed may help conservationists identify family members as well as determine the health of the social network. These are greet kisses.

“It's very much like many human cultures around the world that greet by kissing each other. Some cultures do it on one cheek, some on both. Prairie dogs go all in, they are generally, you know, kissing, really exchanging. They're swapping spit,” Verdolin said.

“If you are a friend, then we kiss and go about our business. If you are a competitor, for example, we belong to a different social group, we might greet kiss, and then there's an altercation, I might chase you out of my territory,” Verdolin said.

Again what does smooching have to do with survival?

“And the other thing that came out is that how much food is available and distributed in the landscape also affects their social connections,” Verdolin said

So less food means less time for socializing, and so — less kissing.

The study acknowledges that it has some limitations including sample size and the fact that it concentrates on one species of prairie dog: Gunnison prairie dogs, which are found in northern Arizona.

Emily Renn with Habitat Harmony says “Prairie dogs are pretty resilient creatures when it comes to finding food.” But food scarcity is likely to spread them out.

“They will likely spread out more and the colonies will be less dense in the number of prairie dogs to adjust to the limited food resources available, which can also make it harder to determine their survival success if they spread out and move away from where you released them.

And there are not many studies. 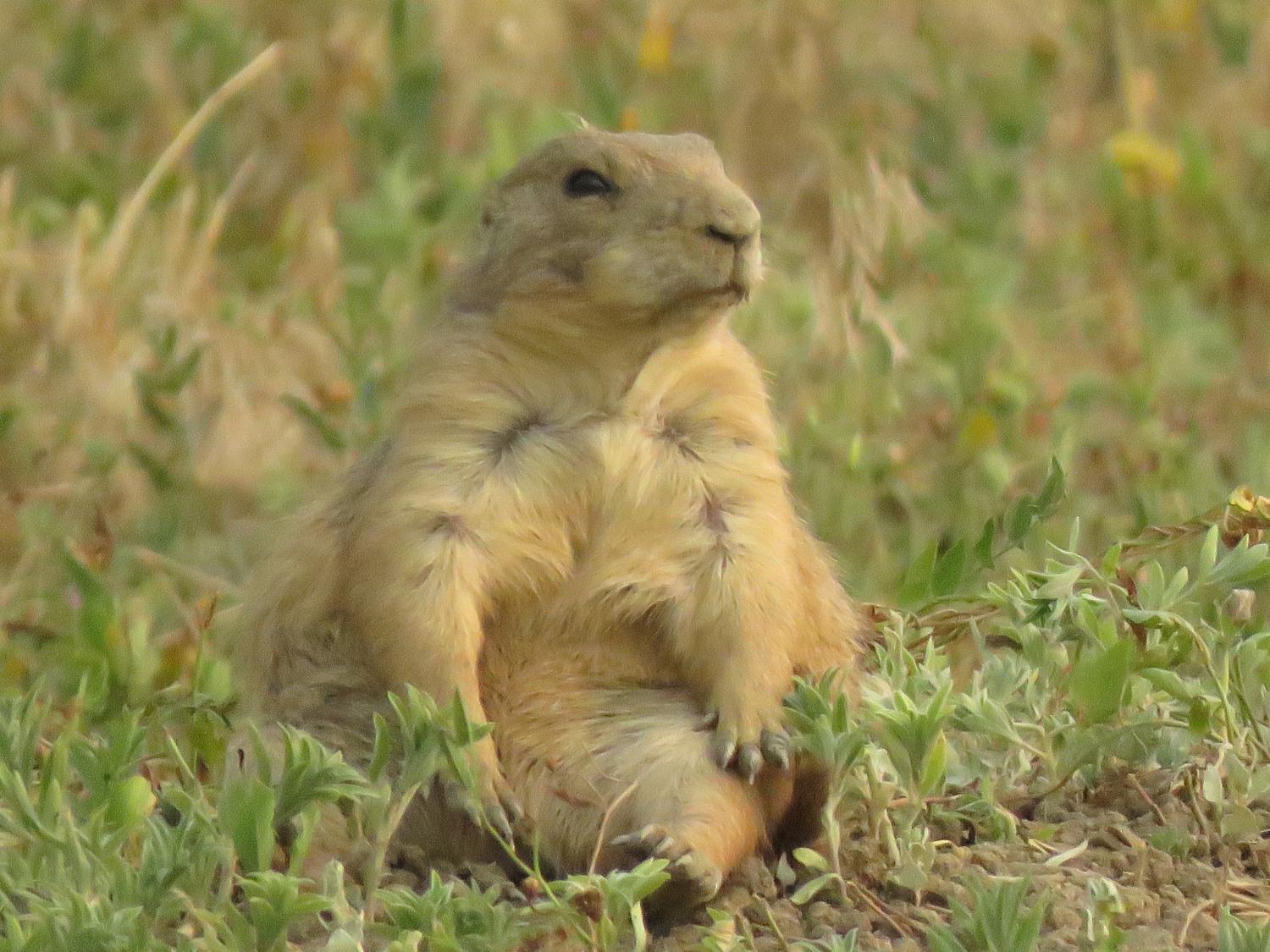 Jennifer Verdolin
Prairie dogs can get in the way of developers or farmers with grazing livestock.

“I don't know that the "abundance of food" at release sites has been very well researched at this point in terms of their success rate,” Renn said. “It is only something that I have started to think more about in the last few years because there has been such extreme drought in Arizona that it has been concerning to me.”Verdolin says more studies are needed to further understand how “resource abundance in a new location will influence existing group dynamics.” More understanding may help further improve survival.

Renn says some other factors that affect the success rate of translocating prairie dogs are drought conditions and hunting. She says hunting newly established colonies needs to be better controlled.

“[Prairie dogs] are often coming from places like urban environments where they’re not dealing with human hunting. So they’re not necessarily familiar with what that looks like.”

And she says when target hunters kill them, their bodies remain, and that may lead to regional predators getting secondary poisoning from the lead bullets left in eaten prairie dogs.

Krank says successful translocation can be, and is, done. The process remains meticulous.

For more information on non-lethal management, Habitat Harmony offers a guide on it for Gunnison prairie dogs.