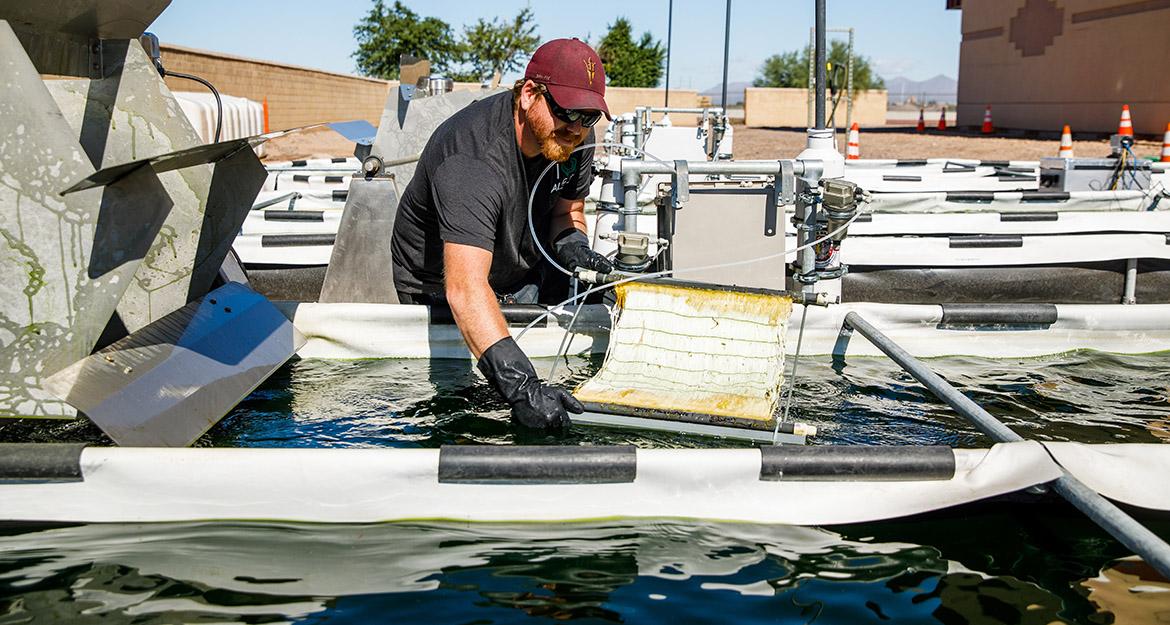 Now, researchers are partnering with a Mesa plant to study how to repurpose such biogas byproducts to grow algae and make useful products.

"If it really works, they could then enhance the quality of the biogas and even generate more value by growing the microalgae," said Bruce Rittmann, director of the Swette Center for Environmental Biotechnology at ASU's Biodesign Institute, who leads the team.

Manufacturers can convert microalgae into fuels, feeds and food additives. But the microorganisms consume lots of carbon, and pulling it from the air takes time.

So Rittmann's team boosts the process, using hollow, hair-like membranes to deliver CO2 to their algae ponds. The process works though osmosis: The imbalance created as the microalgae consume carbon dioxide pulls more CO2 from the membranes into the ponds.

The team works with the city of Mesa's Northwest Water Reclamation Plant to harvest the biogas, which anaerobic bacteria emit while devouring organic solids during wastewater treatment.

"We have a great team of about half a dozen people who work on this membrane coordination project. Dr. Everett Eustance, the guy who designs, builds and operates the field pilots, is doing a really wonderful job and deserves special recognition," he said. 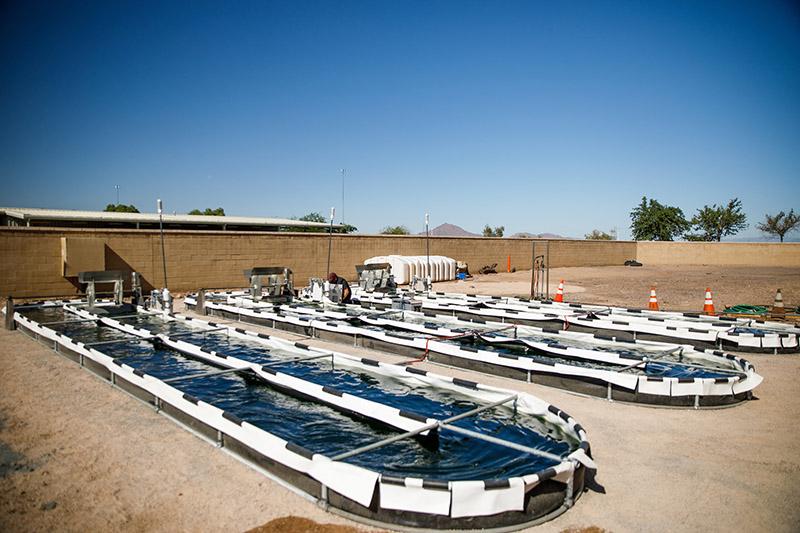 Andy DeLisle
Biogas captured from wastewater treatment is delivered to these three ponds, where it is used to grow algae. The ponds were designed at ASU's Arizona Center for Algae Technology and Innovation.

The team will wrap up its current six-week project in January but plans to continue its long collaboration with the city of Mesa.

“We're demonstrating this at a pretty large scale out there at the Mesa wastewater treatment plant because they have digesters, they have the biogas – and they’re really interested in this,” said Rittmann.

"The city of Mesa is super cooperative, and they're also really interested in innovation," Rittmann said.