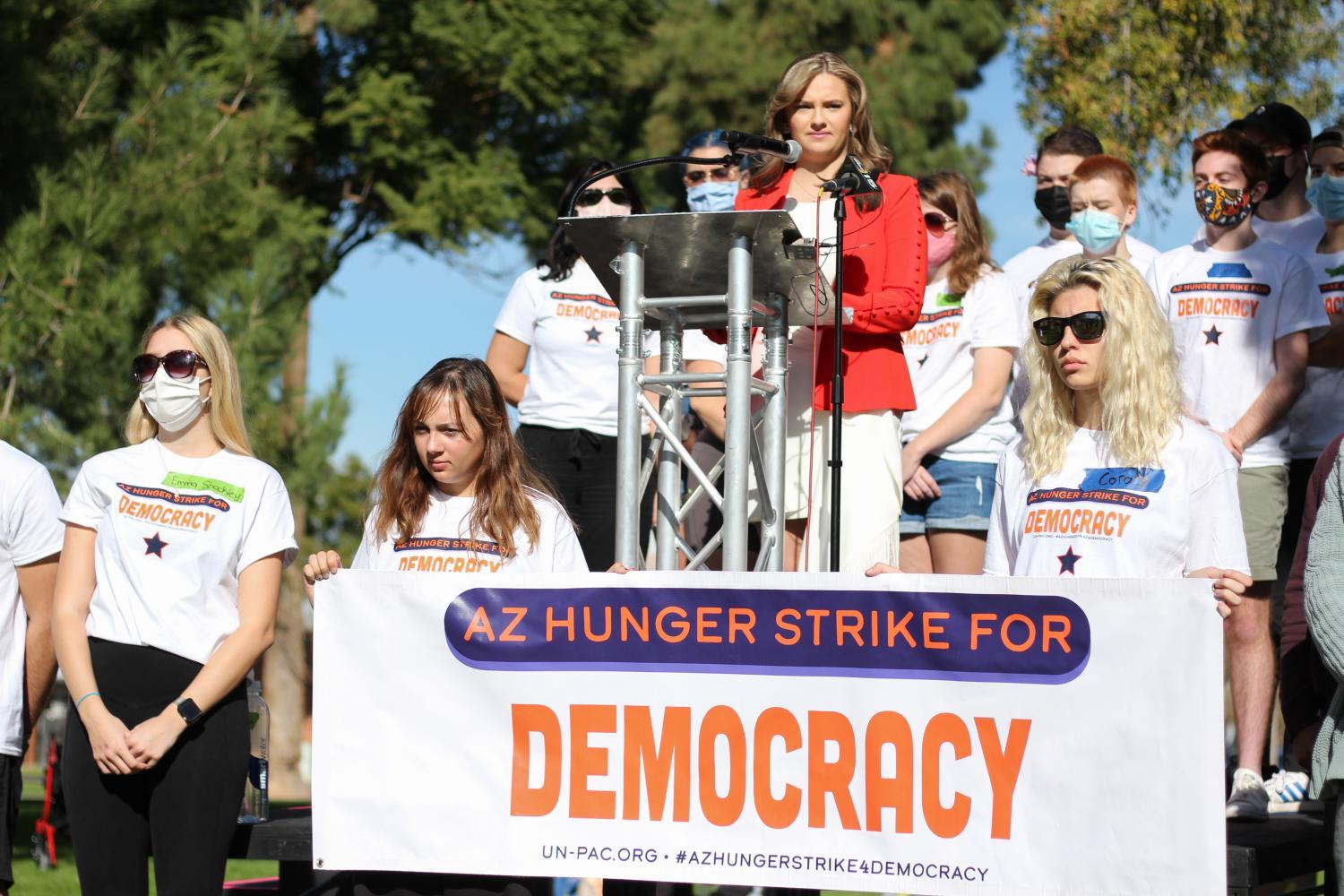 Un-PAC
A group of 20 Arizona college students in support of a voting rights bill in Congress are going on a hunger striking.

A group of 20 Arizona college students from Arizona State University and the University of Arizona pushing for the passage of a voting rights bill in Congress have started a hunger strike.

The Freedom to Vote Act would establish national rules for running elections, limit partisanship in the drawing of congressional districts and force the disclosure of anonymous election donors.

Before going on the hunger strike, the group had been working for months to gather support for the bill, said Brandon Ortega, an ASU student and student organizer with Un-PAC, a political organization focused and ending PACs on expand voting rights.

“We knocked on doors, we made calls, emails, we’ve canvassed, we’ve held events," he said. "We’ve even met with Sinema’s staff and all that has not been enough to get this bill passed.”

The group is calling on the Biden administration to prioritize this issue, and for U.S. Sen. Krysten Sinema to support changing the rules of the filibuster to pass the bill out of the Senate.

The students will continue the hunger strike for as long as it takes, they said.