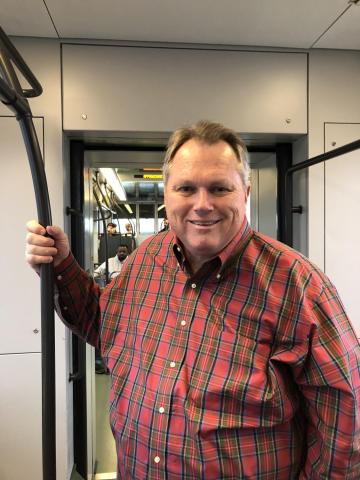 Biden administration officials are fanning out across the country to tout the passage of the $1 trillion infrastructure bill the president signed into law recently.

And that’s what brought Transportation Secretary Pete Buttigieg to the former Metrocenter Mall last week. He appeared alongside Sens. Mark Kelly and Kyrsten Sinema and signed a federal grant to help fund the northwest extension of the Valley’s light rail system, which will begin at that spot.

Also on hand for that signing was Valley Metro CEO Scott Smith.

The Show spoke with him after the event to learn about how the light rail expansion will impact the Valley.