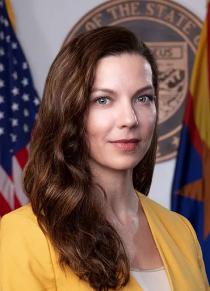 Scottsdale Republican lawmaker Michelle Ugenti-Rita is trying to stop a proposal that would prevent Dreamers who meet the right qualifications from paying in-state tuition at public universities.

The Legislature passed an initiative to allow voters to repeal a 2006 proposition that prevents those not legally in the country from receiving benefits.

But Ugenti-Rita’s chances of stopping the Legislature's proposal from going to a public vote are very slim. Her proposal would require the secretary of State to send the measure back to the Senate.

Senate President Karen Fann says all a new debate will do is stir things up unnecessarily.

"I don't understand what her problem is here in the sense of why isn't she concentrating on her race instead of trying to throw mud on her fellow colleagues. Because in essence she's throwing anybody that voted on that bill throwing them under the bus at this time as well," Fann said.

The initiative to send the proposal back to public vote already passed the House and Senate.