Webb telescope will use UA sensor to observe first galaxies 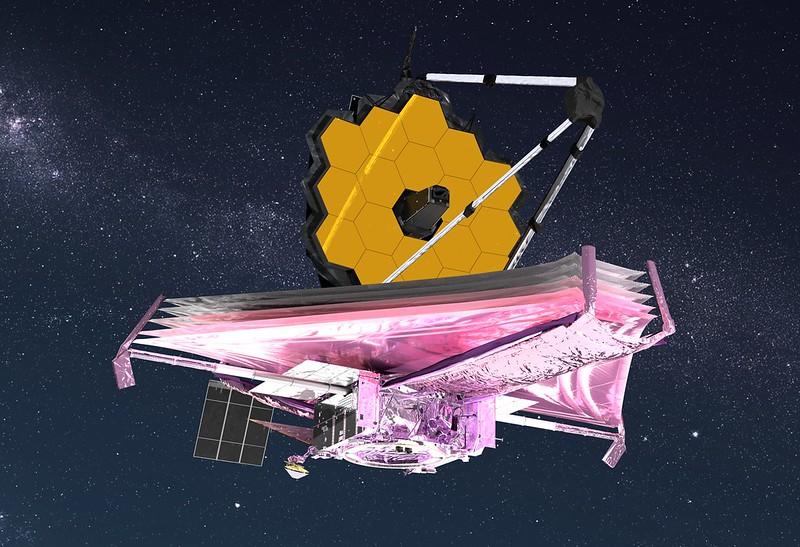 The Hubble Space Telescope answered key questions about the cosmos, but its data also inspired new theories that only can be confirmed by even more powerful observations.

On Dec. 18, an international partnership will launch the James Webb Space Telescope, a new cluster of instruments that will make the Hubble look myopic by comparison.

“It can be used for many projects, including looking at the atmospheres of planets orbiting other stars — exoplanets,” said University of Arizona astronomer Marcia Rieke, who co-leads the team behind the craft’s Near-Infrared Camera, known as NIRCam.

Telescopes are time machines: The light striking their sensors brings images of a universe long past.

The Webb's powerful infrared sensors will peer back to about 100 to 250 million years after the Big Bang and witness the births of the very first galaxies.

By comparison, the Hubble could see the earliest modern galaxies, and made observations chiefly in the visible spectrum, along with a small bandwidth of near infrared.

Being able to see into the infrared is essential for observing the early universe. The expansion of the universe stretches, or shifts, light from distant objects toward the longer wavelengths of the red end of the spectrum. The further back scientists look, the more redshifted that light becomes, until finally it falls off the visible spectrum entirely and lands in the infrared.

Infrared also lets NIRCam see through dust clouds that are opaque at other wavelengths to observe stars in nebular nurseries.

The Webb's instruments also will observe planets and moons closer to home.

"They will give us images that will rival what we've seen from the Voyager flybys. But, being able to do it in the infrared, we'll be able to trace out some of the molecules and those planets' atmospheres, things like methane," said Rieke.

The Webb also includes spectroscopic instruments for analyzing elemental compositions, including the constituents of exoplanet atmospheres.

After it launches from Kourou, French Guiana, aboard a European Space Agency Ariane 5 rocket, the Webb will then embark on a month-long flight to the L2 Lagrange point — an area where the sun's and Earth's gravities balance the centripetal force needed for the craft to move with them.

Because its 270-square-foot primary mirror — the largest ever flown into space — is too wide to fit the rocket's fairing, it's broken into 18 hinged hexagons that will unfold in space over a span of two weeks.

It will then spend around half a year going through a commissioning and calibration process before it can beam data to scientists back home.