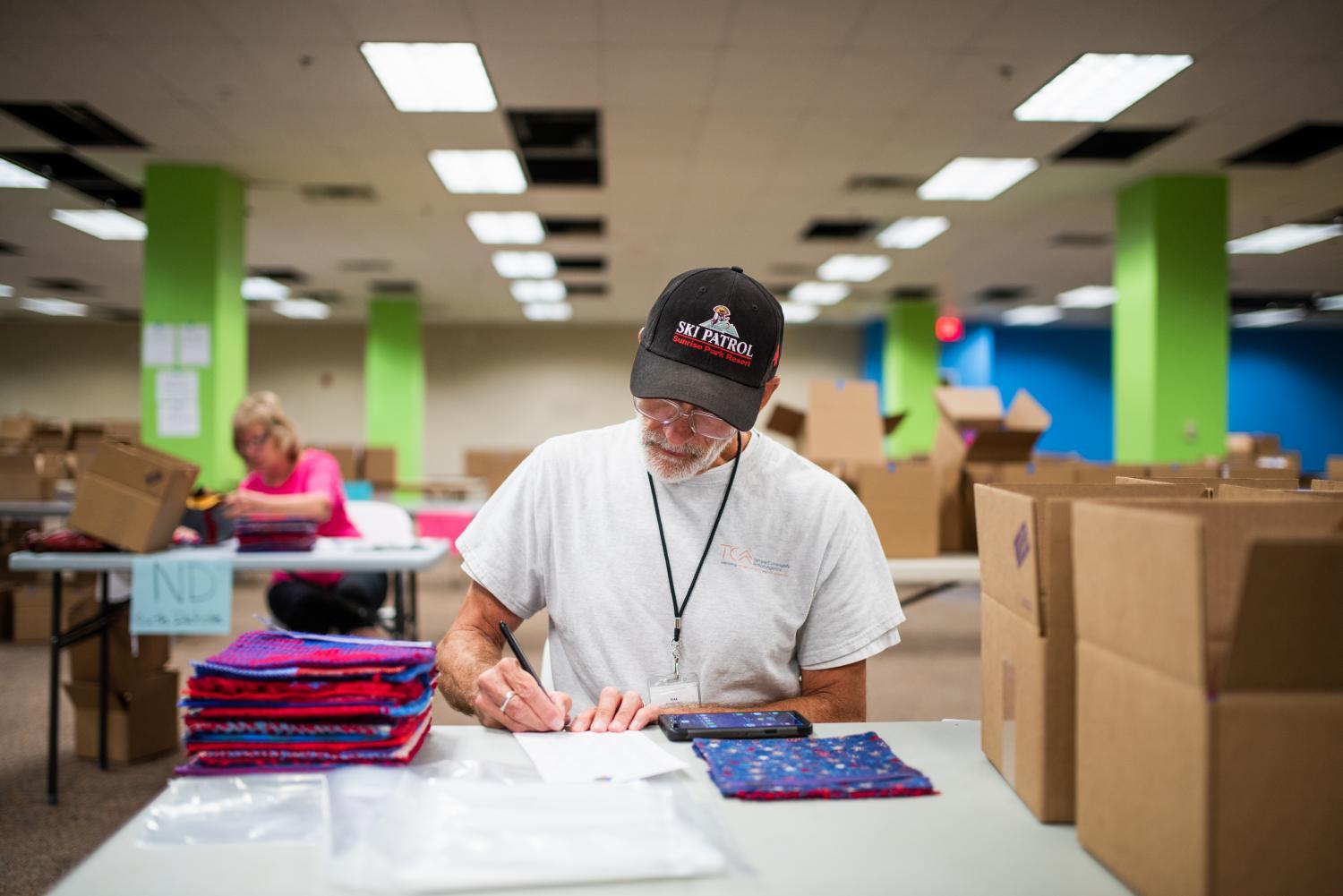 Josh Loeser
Phoenix Art Museum docent and Violet Protest volunteer, John Engen. Within each box, a list was recorded of each square included in all 541 of the lawmakers’ boxes.

Every federal lawmaker in Washington, D.C., is about to get a package in the mail as part of a national protest. And it's not angry letters from constituents.

Instead, they’ll each be getting a box of handmade textile squares created with equal parts red and blue materials.

It’s the result of the Violet Protest, a project spearheaded by Phoenix textile artist Ann Morton. She’s spent the last several years rallying makers from around the country to create the work  which, until recently, was on display at the Phoenix Art Museum. The idea is to send a message to Congress — what Morton calls a "soft protest" — about unity and country over party.

Nov. 15 is the day the dozens of boxes are being loaded up and put in the mail, but prior to that, The Show's Lauren Gilger spoke with Morton about the project while the packages were being organized and packed in a giant, empty room in the basement of Park Central Mall in Phoenix. 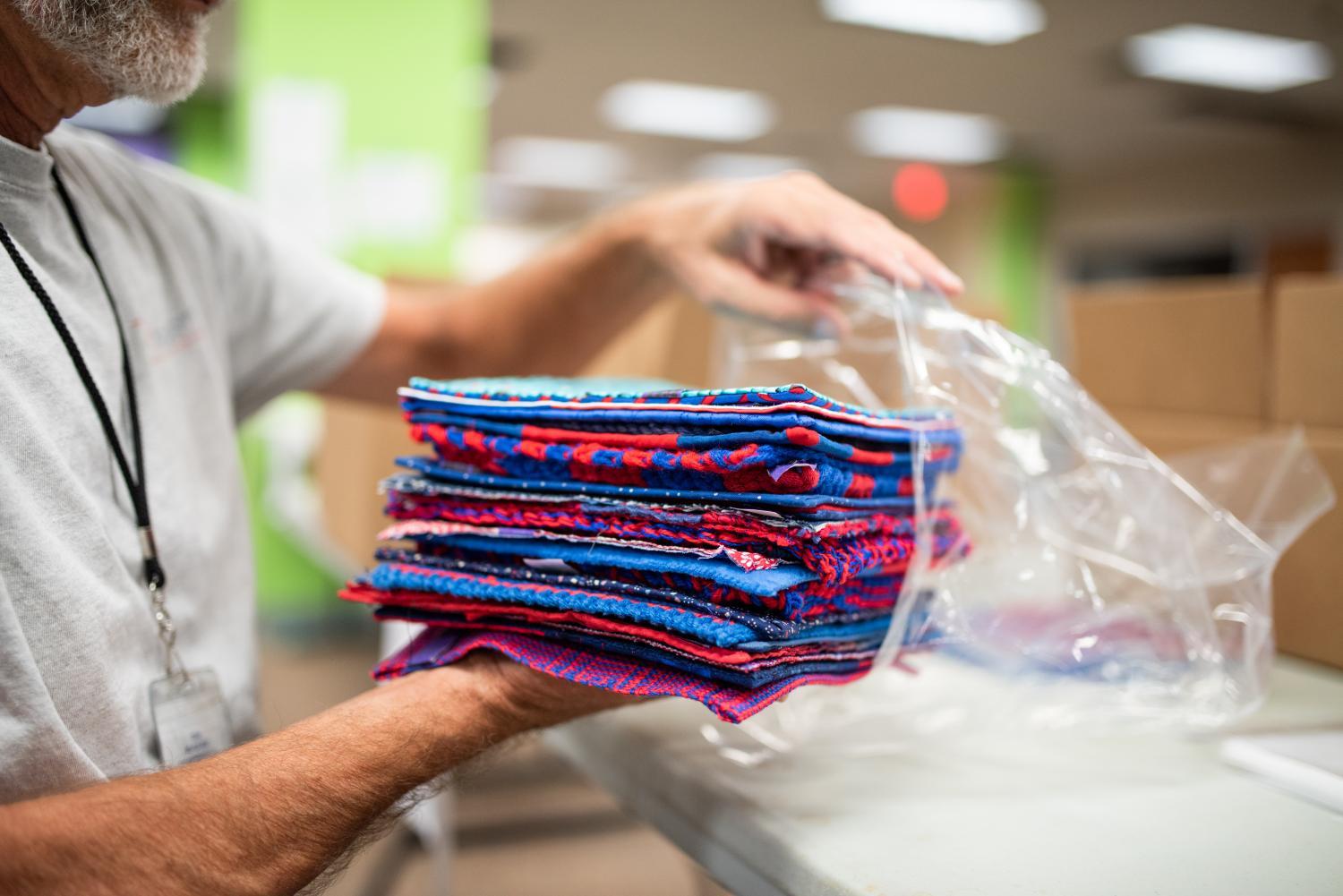 Josh Loeser
Bundles of 24-25 squares were bagged and waterproofed for their journey to Washington, D.C.