Study: cps1 vaccine protects dogs against experimentally induced coccidioidomycosi
X-rays show dog lungs examined in the Valley fever veterinary vaccine trials. On the left is a fully vaccinated dog, in the center is a partially vaccinated dog, on the right is an unvaccinated dog.

When veterinarian Scott Hoffman attended veterinary school in Ohio, he read about Valley fever, but never expected he'd encounter it. That changed when he began working in Phoenix.

“At our clinic, I probably would say we see anywhere from two to 20 cases a month," Hoffman said of his central Phoenix practice, North Kenilworth Veterinary Care. "If you’d interview other veterinarians they may even give you a higher number."

For dogs, Valley fever can mean coughing, weight loss, skin lesions, and even seizures. Hoffman warns clients the diagnosis typically precedes months of suffering for the dogs and months of veterinary bills for owners. Arizona dog owners spend about $60 million on the disease each year, according to the University of Arizona College of Medicine Valley Fever Center for Excellence. And Hoffman said there’s really no way to avoid the disease.

“Unfortunately, the No. 1 way you can prevent it is not live here in Arizona," Hoffman said.

That may soon change. For the first time, University of Arizona researchers say they’ve found a vaccine that can prevent the illness in pets. They’re hopeful it will protect humans someday, too.

Valley fever, or coccidioidomycosis, comes from a fungus that grows in desert soils. When dogs or humans inhale airborne fungal spores, the fungus can infect the lungs and other parts of the body. It can be a grueling disease, and it’s more common in Arizona than anywhere else.

“Valley fever is considered an orphan disease because nationally, it’s a very small problem," said Dr. John Galgiani, director of the University of Arizona College of Medicine Valley Fever Center for Excellence and director of the Banner Health Valley Fever Center. "But if you talk to people who have lived [in Arizona], everyone usually knows somebody who's had Valley fever. And it's often their dog." 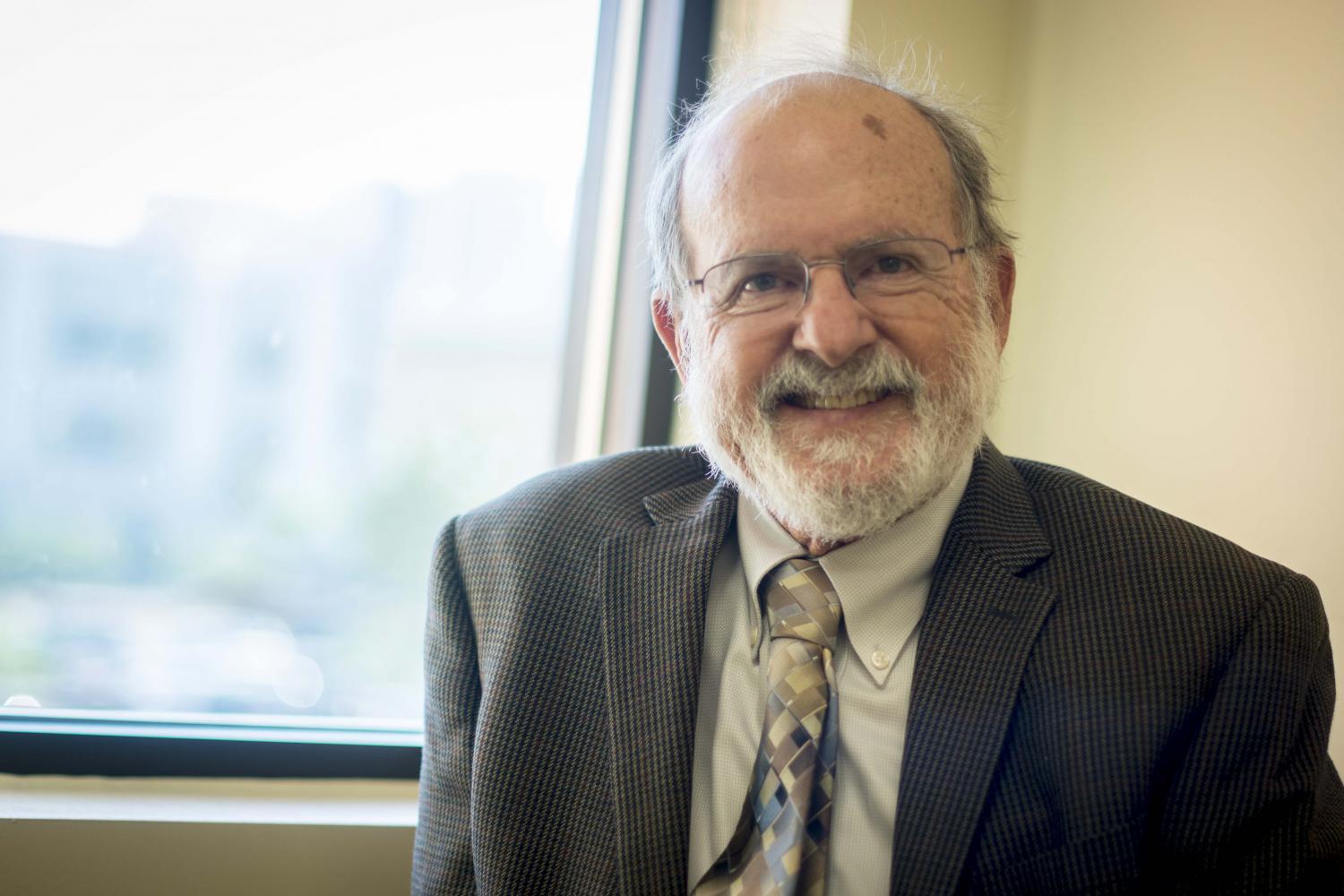 Katherine Davis-Young/KJZZ
Dr. John Galgiani is a professor with the University of Arizona College of Medicine and director of the Banner Health Valley Fever Center.

Galgiani and other researchers have spent decades trying to find a vaccine to prevent Valley fever. But that goal has always been a long-shot. Not only does Valley fever not get the national attention and research funding that other diseases get, but there's never been a vaccine for a fungal illness in the history of medicine.

But Galgiani and his team say they’re onto something.

Lisa Shubitz, a veterinarian and research scientist with the Valley Fever Center for Excellence, is the lead author on a new paper on a Valley fever vaccine trial in dogs. She said the findings came about in a stroke of serendipity.

Galgiani and Shubitz's team worked with Marc Orbach on the research. Orbach is a plant pathologist in the University of Arizona College of Agriculture and Life Sciences — not the kind of scientist who might typically work on vaccine development. But in this case, Orbach's expertise was exactly what Valley fever researchers needed.

“We were interested in, what are the genes in fungi that make them pathogens? So, what allows them to cause disease in hosts?" Orbach said.

Orbach and his lab isolated the gene they thought made the Valley fever fungus infectious and removed the gene. To test their theory, they exposed lab mice to their edited version of the fungus. Without that gene, the fungus didn’t make the mice sick.

“So the next question was, it doesn’t make them sick; does it vaccinate them?” Shubitz said. 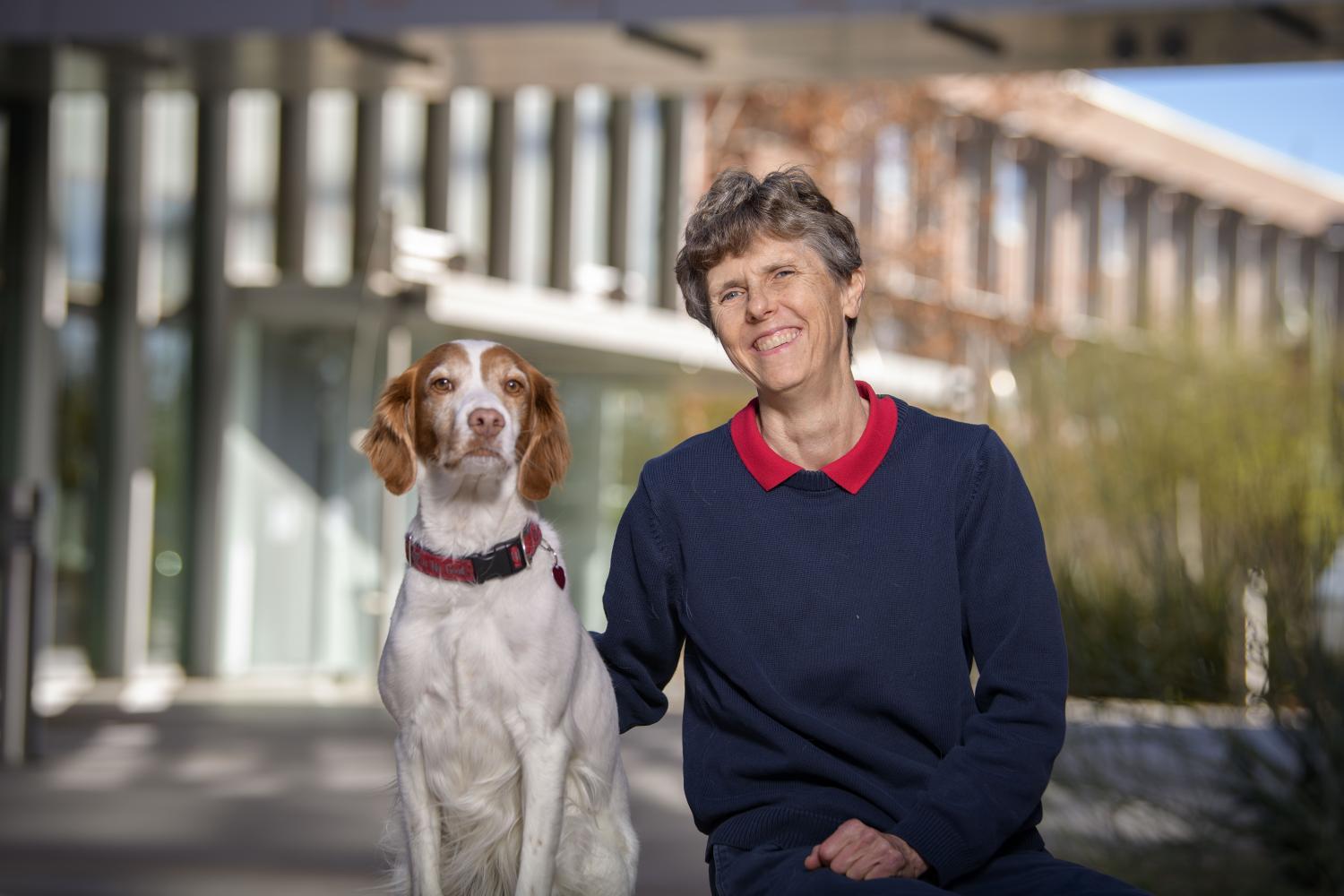 After more trials in mice, researchers used the edited fungus to vaccinate a group of dogs. After vaccination, they exposed the dogs to real Valley fever spores. When they looked at those dogs’ lungs, in most cases, there were no detectable signs of infection. Only a few of the dogs had developed very mild lung infiltrates.

“None of the dogs were sick, in other words, no one would have taken that dog to the vet," Shubitz said.

The dogs tolerated the vaccines well, and with two doses, Orbach said the vaccine was even more effective than researchers thought possible.

“It was really exciting when we got the first results, pretty much beyond anything that we could expect because it was better than anything that had been tried," Orbach said.

The first-of-its-kind fungal vaccine is harder to preserve than traditional, viral vaccines. So now, researchers are looking for a way to give the vaccine doses a longer shelf-life. But they’re optimistic they could have their vaccine in veterinary offices by 2023 if they can get USDA approval.

It would be a huge step toward protecting Arizona dogs. But Galgiani said it’s exciting for another reason. 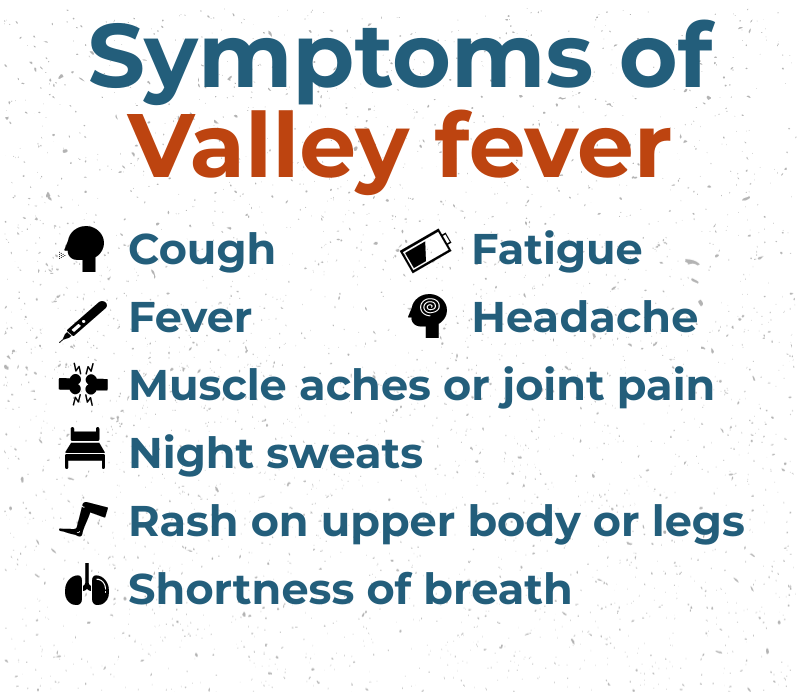 “It just looks like this vaccine works really, really well. And for me, as a physician, it adds that much more pretty powerful evidence that we should be able to do the same thing for humans," Galgiani said.

At least 9,500 Arizonans have been infected with Valley fever this year, according to the Arizona Department of Health Services. As with dogs, the human disease can last months. Galgiani said one of the most common symptoms is fatigue debilitating enough that it keeps people from being able to work. The illness has a $1.5 billion annual impact on Arizona and California's economies, according to the Valley Fever Center for Excellence.

A human vaccine wouldn’t be very different from the veterinary vaccine, Galgiani said, but one major difference would be its development cost.

“The veterinary vaccine is probably fully funded," Galgiani said. "But we don’t have yet the funding for the human campaign.”

He said development of the veterinary vaccine cost about $15 million. He expects years-long clinical trials for humans could cost ten times that.

Arizona Congressmen Tom O’Halleran and David Schweikert recently signed onto a bipartisan bill along with representatives from California to fund fungal vaccine research. Galgiani hopes the bill gets traction in Congress. And, even though Valley fever is most common to the Southwest, he hopes other lawmakers will see the value of the investment.

“This is a biohazard that we live in. It’s a very small part of the country, but it’s ours,” Galgiani said.

Challenges remain, but Galgiani is optimistic. Even if a human vaccine is still years away, he said, it’s more within reach now than ever before. 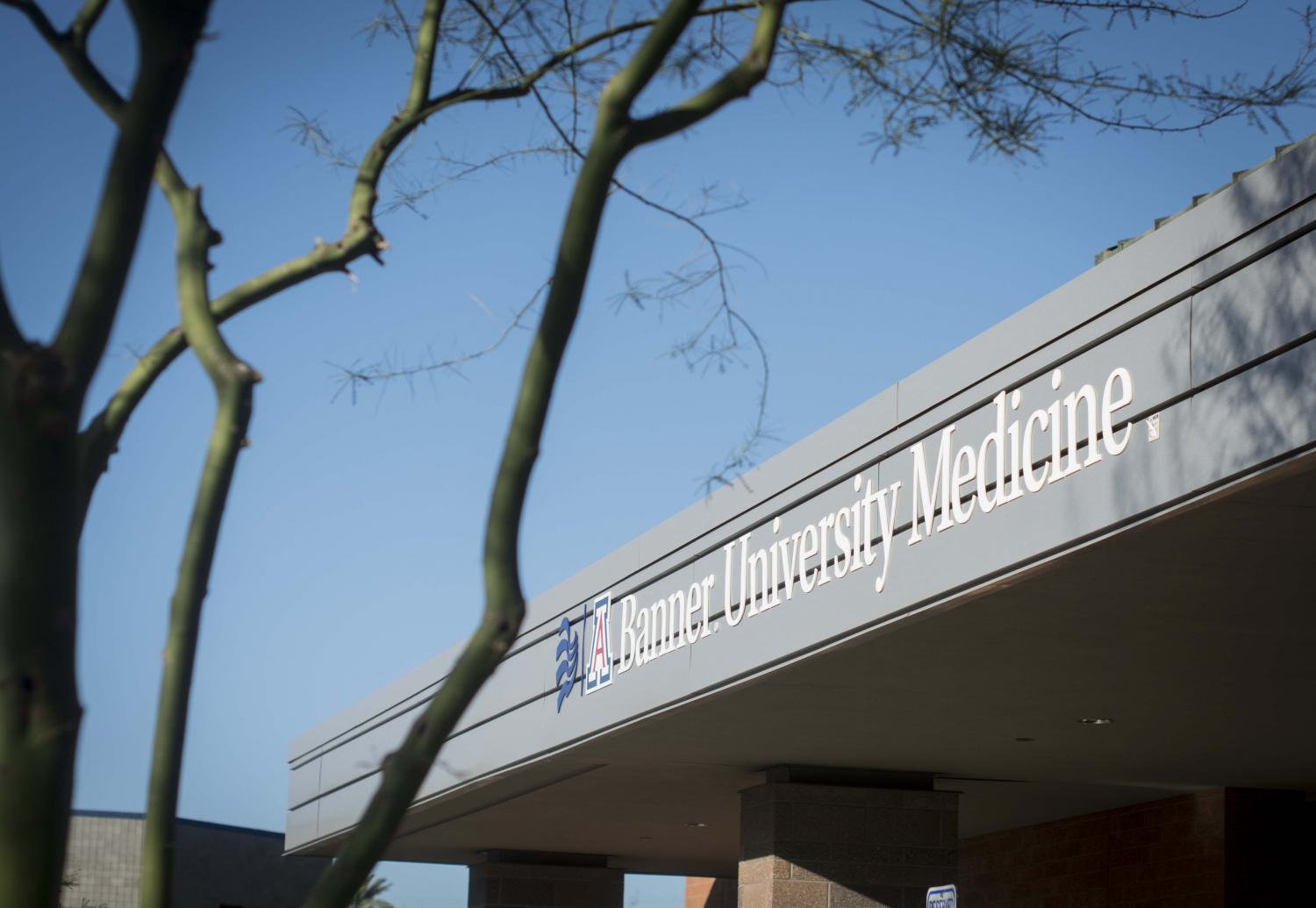 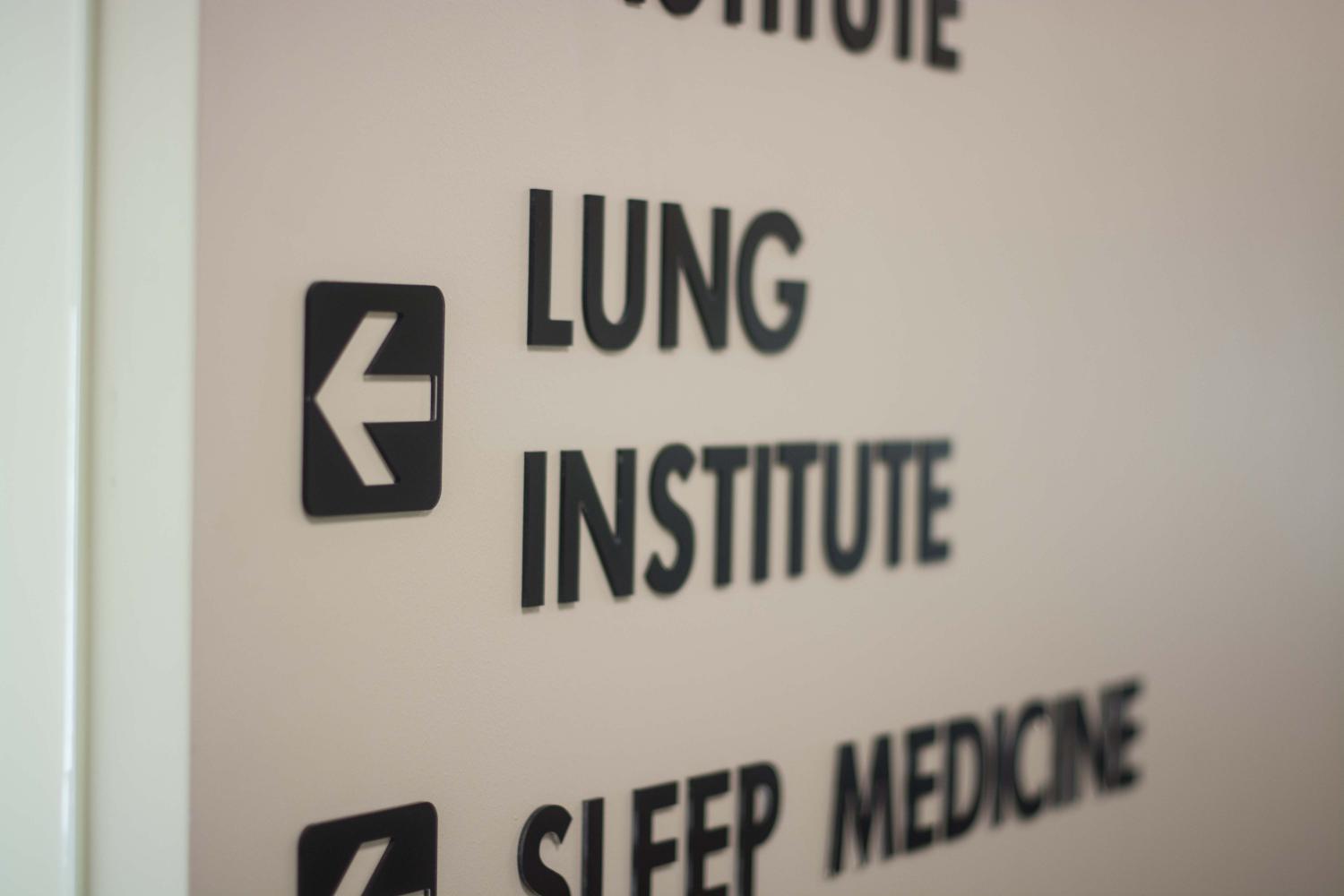