Schools want carpools and buses with Wi-Fi. Arizona gave them some money to try it

The A for Arizona nonprofit has awarded more than $18 million in grants to fund 24 proposals to modernize or improve transportation options for K-12 students, it announced on Monday.

The Arizona Transportation Modernization Grant Program was funded through allocations from the Arizona Legislature and Gov. Doug Ducey’s office and administered by A for Arizona.

The grants were awarded to school districts, charter school groups and nontraditional schools in both urban and rural areas as well as community organizations such as the city of Chandler. This funding will help address transportation issues that have long existed and created barriers to educational opportunities for some students, and were recently exacerbated during COVID-19, said the nonprofit's CEO and founder Emily Ann Gullickson.

“This grant opportunity really empowered these entrepreneurial-minded leaders and community organizations, transportation teams to really rethink how they want to solve these problems, not just with the traditional yellow school bus approach," she said.

Many awardees such as the Crane Elementary School District in Yuma County and the Nogales Unified School District located near the Arizona-Mexico border are hoping to use the funding to purchase smaller vehicles like vans or shuttles that will make transporting students more cost-effective as well as limit staffing challenges related to recruiting bus drivers. The Black Mothers Forum is looking to use the $100,000 grant to create a system of community carpools to support families and students looking to access microschools and small learning communities like the one it has established along with its partner Prenda. 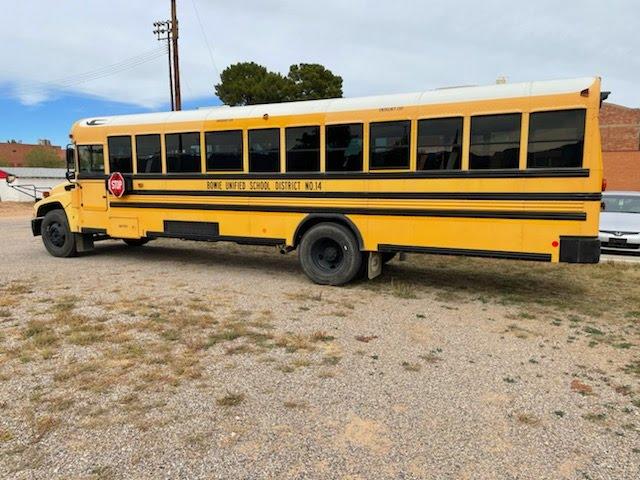 Meanwhile, the Bowie Unified School District, which serves about 70 students from the Bowie and Willcox communities in southeastern Arizona, is looking to use the $550,000 its receive to replacing its current school which is nearing the end of its life and been breaking down leading to interruptions in transportation services and costing the district thousands in repairs.

That vehicle will be replaced with a new electric bus that will be equipped with Wi-Fi, a commodity that’s not easily accessible in rural areas, said Superintendent Dan Erickson.

“We are hoping that the bus ride home will be at least an hour a day where if they have homework that they need to get into their Google classroom or something that they want to log in on the internet that’s an opportunity for them to do that back and forth from school," he said.

In addition, Erickson said having an electric school bus will save the district money on gas in the long-run.

The Colorado River High School District, a rural district in Mohave County, plans to use the $850,000 it's receiving to replace its rapidly aging fleet that's often breaking down and lacks air conditioning to cool down vehicles, especially when temperatures reach 120 degrees. The district plans to update its current fleet with energy-efficient buses that will save it thousands on fuel costs, maintenance and provide Wi-Fi for students with long commutes.