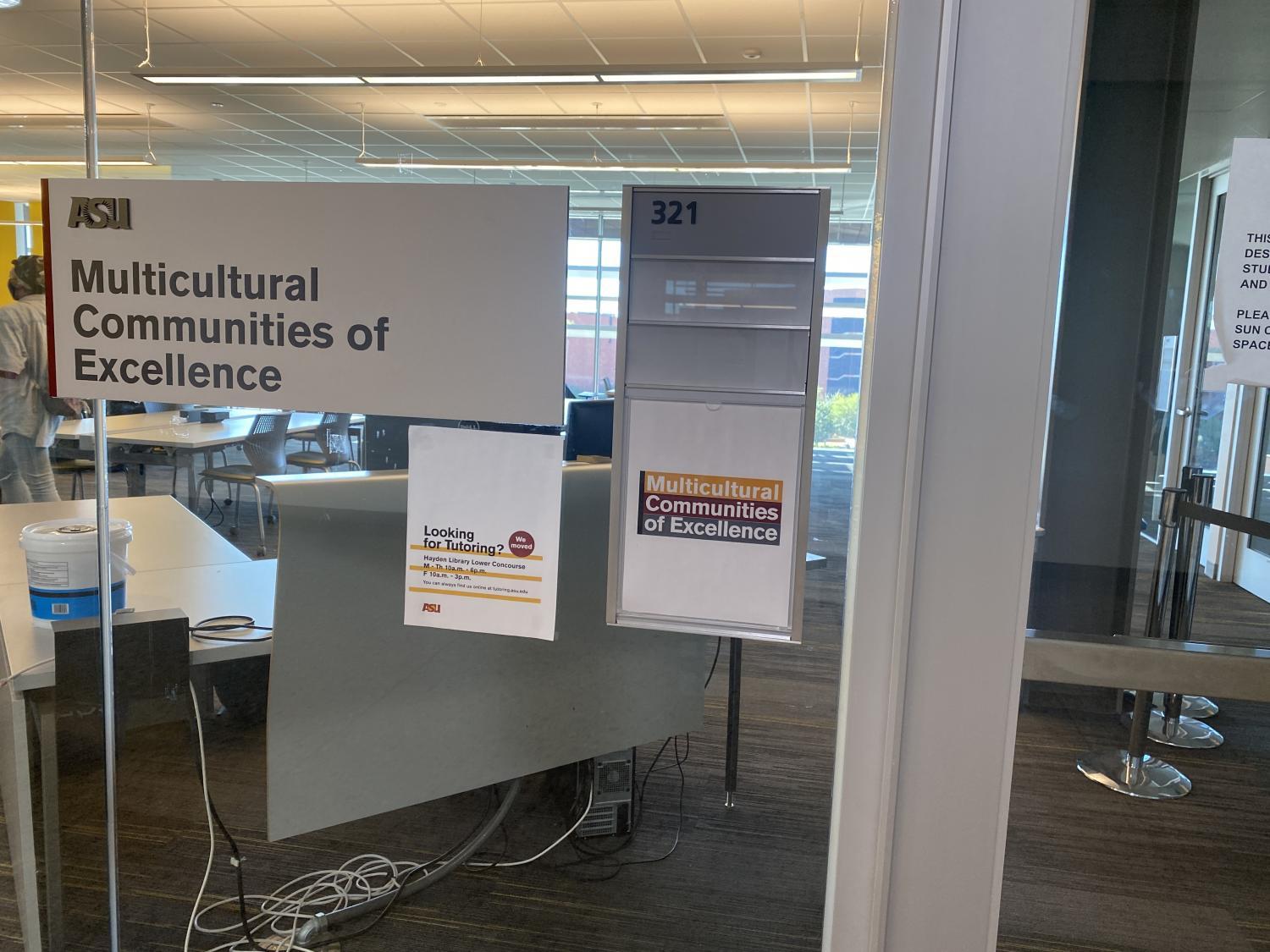 A group of Arizona State University faculty members, staff and others are standing behind students of color who are facing potential disciplinary actions over a September incident at a recently opened multicultural center.

Three students of color were placed under investigation after a viral video showed them confronting two white males who came to the multicultural center with a “police lives matter” sticker and other symbols that they say made them feel unsafe, and asking them to leave.

KJZZ is not publishing the names of the students of color, who have been doxxed and faced death and rape threats since the incident.

A group of 250 individuals signed onto a letter sent Friday to ASU administrators in support of the students affiliated with the center.

The group is also asking administrators to better support all the Multicultural Communities of Excellence centers that are primarily intended to serve historically underrepresented students.

ASU told KJZZ the Dean of Students Office has met with all the students involved, but declined to provide additional information on the matter citing student privacy.

The university opened the centers at its four Phoenix Valley campuses in September as part of a its list of actions to support Black ASU community members in aftermath of the racial reckoning that took place nationwide in response to the death of George Floyd at the hands of police. The students of color affiliated with the centers said in an October press conference that they worked with ASU on developing the centers, but when the centers initially opened they lacked signage and were unstaffed. The centers are now staffed and student IDs are checked upon entry.

Sujey Vega, an ASU instructor who works in diversity, equity and inclusion efforts at the university, is disheartened by the way the incident has been handled so far and thinks persecuting the students of color would be a mistake, she said.

“I think it can have dire consequences going forward in terms of how we recruit faculty, how we recruit students. I know that we are working toward a Hispanic institution, HSI recognition," she said.

Vega is also hoping the university finds other ways to respond to this incident beyond what it's done so far, she said.