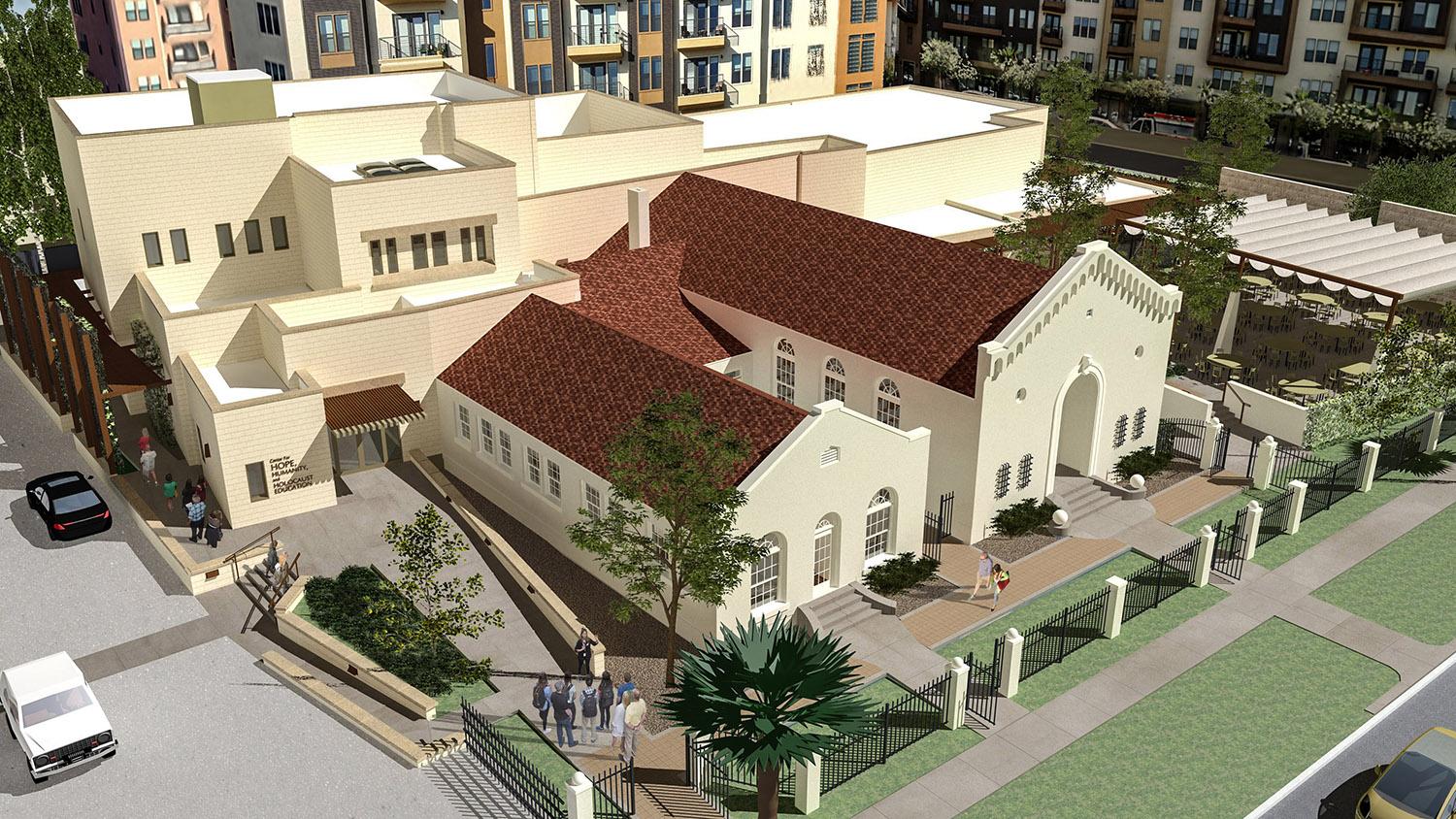 Jeffrey Schesnol
A rendering of the planned expansion of the Cutler-Plotkin Jewish Heritage Center in Phoenix.

Downtown Phoenix has built up around the Cutler-Plotkin Jewish Heritage Center near Margaret T. Hance Park.

Built in 1921 as the Temple Beth Israel by the Valley’s then-small Jewish community, the center has been home to a diverse range of people over the last century — from being the home of the First Chinese Baptist Church to the Iglesia Bautista Central.

And this year, the center is celebrating its centennial.

The Show got a tour of it from Rabbi Jeffrey Schesnol and spoke with him to learn more about its rich history.

The center is also holding a festival Nov. 7 in honor of the occasion.