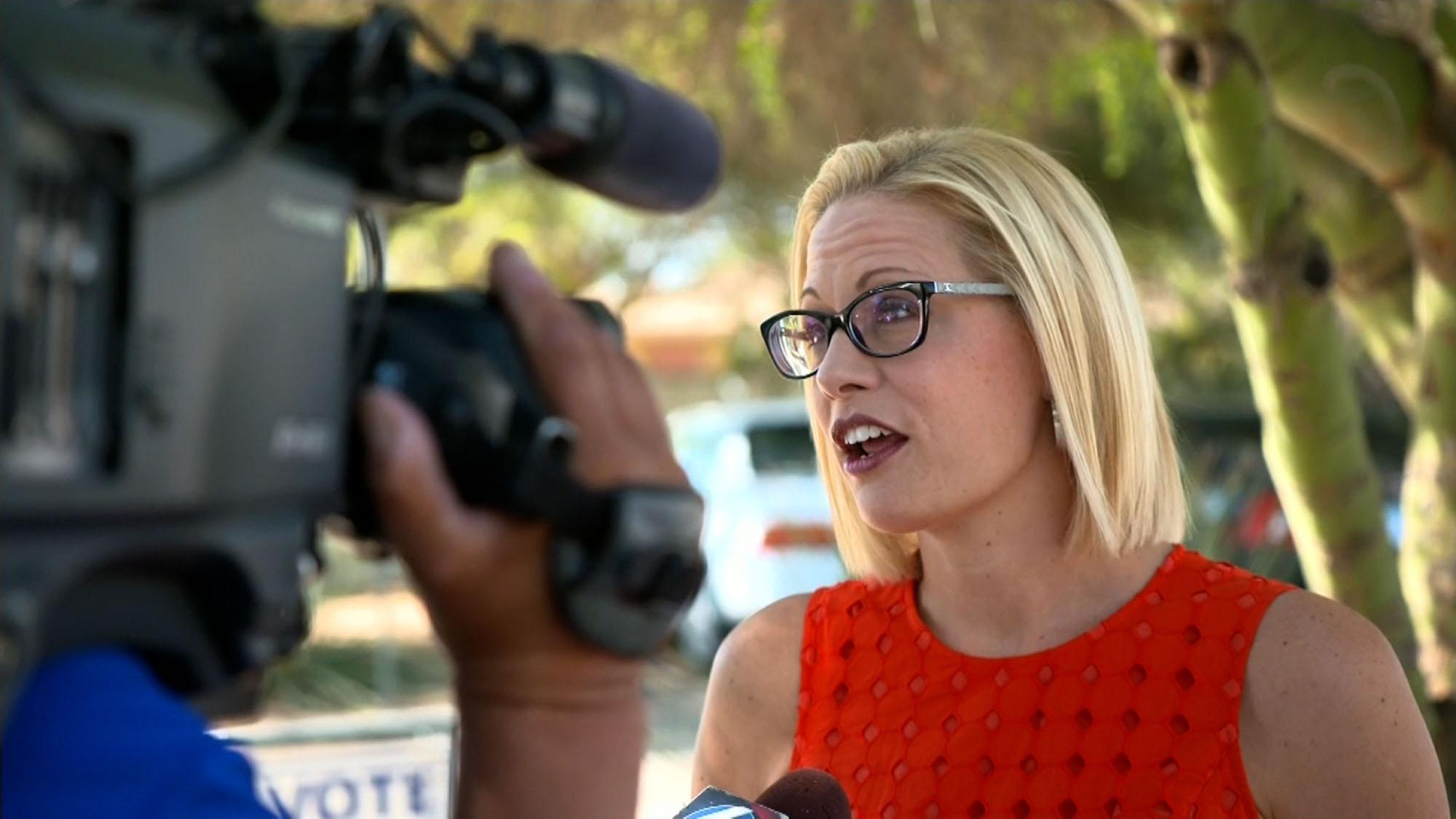 Activists have taken to new approaches to get through to Sen. Kyrsten Sinema, who has become one of the most polarizing figures in the country this year.

The newest tactic is a movie trailer debuting Wednesday at Film Bar in Phoenix as well as online, and it criticizes Sinema for her stance on keeping the divisive filibuster in tact.

Just Democracy, the group behind the trailer, said it previews the “horror world” Sinema is helping create by refusing to address the filibuster.

Sinema has upset many of her constituents over her apparent unwillingness to sit down with them, hold town halls or even just speak publicly about why she is making specific decisions.

Sinema is outspoken about keeping the filibuster in place, which means unless 10 Republican senators defect from their party and all 50 Democrats agree, no major legislation will get to the president’s desk.

Her main opponents have dubbed it the “Jim Crow filibuster,” since it was used to prevent anti-lynching laws years ago, but their efforts to convince Sinema to change her stance on this issue have not let up.

Channel Powe is a Phoenix-based activist and organizer behind a political thriller movie trailer called “The Betrayal.” She said the trailer will depict how Sinema “turned her back on African American, Latino and Indigenous communities.”

“This is about ending the filibuster, but it's also passing this crucial legislation,” Powe said. “This movie trailer is presenting the political realities that it has on Arizonans but most devastating impacts on black and brown Arizonans.”

While Powe and others behind the trailer have taken to this unique approach to be heard, other groups have taken drastic measures to get through to Sinema.

A group of activists on the Arizona State University campus followed Sinema into a bathroom, some protested outside of a wedding in Bisbee that Sinema officiated, and others have followed those before them by cornering her on a plane or at an airport.

They argue that Sinema has not given any of them the time of day.

John LaBombard is her spokesman. He said the senator has left meetings with groups that have been highly critical of her, acknowledging that it’s okay the two of them might not see eye to eye but at the end of the day they are still arriving at their final decision honestly.

“The thing that obviously just gets stuck in my craw is when people walk away from those meetings and say, ‘She didn't listen to us. She won't move, she won't bite’ — that's not accurate,” he said.

Marilyn Rodriguez, a progressive lobbyist for Creosote Partners who has known Sinema for years, said these newer approaches are a testament to Arizonans being “justifiably angered” by Sinema’s lack of transparency.

“Politicians are accountable to the people, and Sinema is leaving little other option to folks who are desperately trying to get her attention,” she said.

Rodriguez said it’s important to remember that the majority of Arizonans are still struggling to survive.

“We are still facing a massive and rising death toll from the COVID-19 pandemic,” she said. “We have an addiction and housing affordability crisis that I've never seen before. And we don't have enough water to sustain our development or put out the raging fires. Things are bad. And they haven't been this bad in a long time. And it's not okay that our senior senator is shirking responsibility to the people at such a dire time.”

Sinema’s office was not able to provide a list of local groups it claims the senator has met with recently, but said the group Living United for Change in Arizona, known as LUCHA, which followed her into the bathroom in October, had several meetings as recently as the spring.