Arts For A Change workshop expands Black history in Arizona 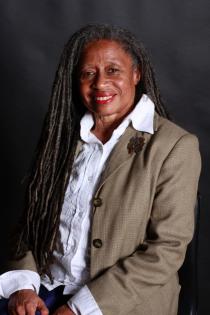 A new book of personal stories about Black residents of Arizona was released last month. The work is a continuation of a project that seeks to expand the story of “The Great Migration.”

“Indiscernibles” began as an art exhibit by Clottee Hammons, creative director of Emancipation Arts in Phoenix. Her work led to a book of the same title and now workshops titled, “Arts for A Change,” a collaboration with Phoenix Center for the Arts.

Hammons said the virtual sessions provide a richer context for including Black Arizonans and their families in the narratives of Arizona history which has largely excluded them.

She told KJZZ, “It’s driving people to want to dig deeper and it’s leading to some very important conversations. It’s leading to people challenging now what they learned.”

In a recent social media post, Hammons wrote, “When Black Arizonans found out that I was making an attempt to include them and their families in the narrative of Arizona History, they were very forthcoming. Many didn't believe that anyone would really want to hear their stories because they didn't have confidence in their writing abilities, were homeless, former felons, young, queer or numerous other reasons.”

Some of the other content is designed to enlighten people about the impact of events like segregation and to understand it’s still present in contemporary America.

“When we hear the word ‘segregation,’ people kind of shrug ‘oh yeah, I know what that is. That was that thing, you know, Rosa Parks and all that old stuff.’ Segregation is still with us very strongly,” said Hammons.

Upcoming workshops are Nov. 6 and Dec. 4.